Last Friday the first regional Fed manufacturing report for the month of October rolled in with a larger than anticipated decline in the Empire Fed index.  The Philly Fed’s index released this morning saw a similar result.  The General Business Conditions index fell from 30.7 to 23.8 versus an expected decline to 25. That reading indicates the region’s manufacturing economy is still growing at a historically solid rate, but there was a significant deceleration in the month of October. 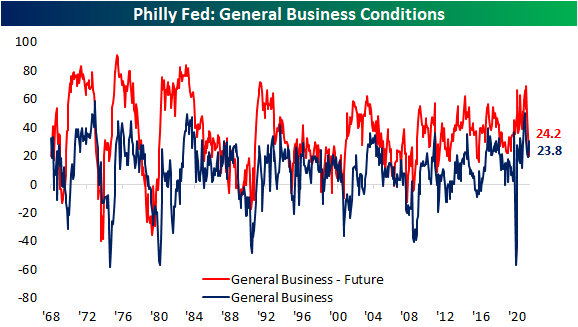 Taking a look under the hood of the report, overall the results were not as bad as the headline reading might imply.  Most categories of the report were higher and General Business Conditions was the only index that was not in the top 10% of readings going back to the beginning of the survey in 1968. Inventories, Prices Received, and Average Workweek were the only current condition indices to fall month over month. Indices for future expectations are generally more pessimistic with only a small handful in the top decile. 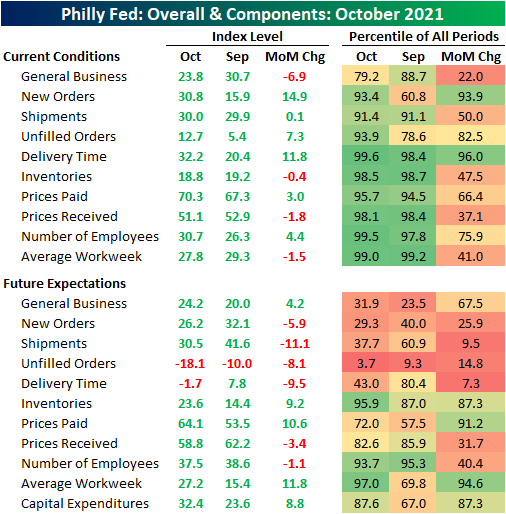 The index to see the largest month over month increase in October was for New Orders as the index nearly doubled to 30.8.   That is the strongest reading since May and it remains one of the strongest readings throughout the history of the survey.  Shipments and Unfilled Orders rose less dramatically but likewise came in at historically strong levels.  Inventories are also rising at a historically solid clip in spite of pulling back slightly this month.  Of these indices, the most notable move was in future expectations for Unfilled Orders.  After hitting a high of 19.2 back in June, the index has been in absolute free fall, shedding another 8.1 points this month. That is the weakest reading since 1998. In other words, even though backlogs are continuing to build on continued strong demand, businesses expect to rapidly work those off in the near future. Ironically, firms also reported that they expect shipments to decelerate down the road as well. 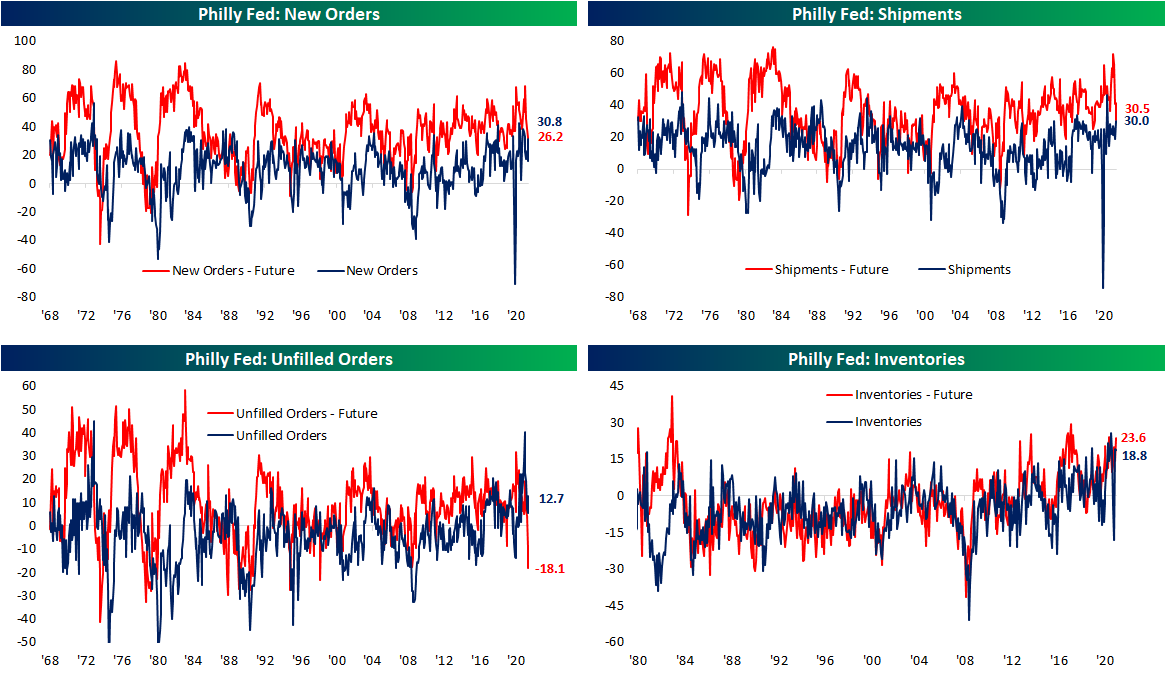 As for the reading on supply chains, delivery times remain historically high and deteriorating in October with the index rising 11.8 points to 32.2. That is the third-highest reading on record behind this past May (41.5) and June (33.3). But firms also do not appear to think things can get much worse. Expectations for Delivery Times fell into negative territory this month for the first time since July. That negative reading indicates reporting firms expect delivery times to be lower rather than higher in the future.  Click here to view Bespoke’s premium membership options. 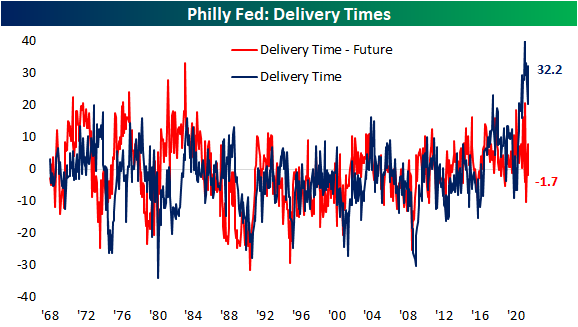