Tacking on to the list of weaker than expected US economic releases this morning was a big drop in the Philadelphia Fed’s Manufacturing Business Outlook Survey.  After a contractionary -3.3 reading last month, forecasts were calling for the headline number to rise back into expansion. Instead, it posted an even larger decline down to -12.3; the lowest reading since May 2020.  Expectations have been even worse.  That month-over-month decline in July ranked in the bottom decile of all monthly moves in the history of the survey dating back to 1968.  Even more depressing, the low level reached is the worst reading since December 1979. 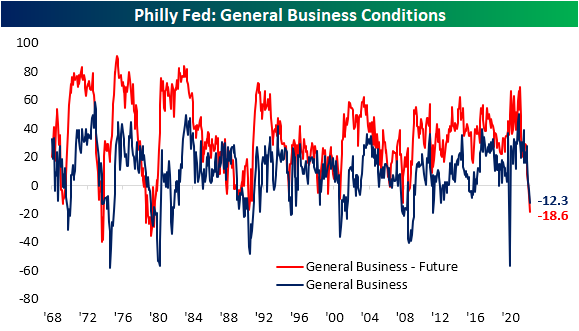 Given the huge drop in the headline index, breadth left much to be desired this month.  The categories are almost evenly split between those in contraction and expansion while there is also a wide dispersion between where each category stands relative to their respective ranges.  For example, while New Orders has become very depressed – only in the 3rd percentile of all months after the double digit month over month decline in July – the index for Number of Employees has held up relatively well in the 93rd percentile. The whole of the report paints a fairly dour outlook for the region’s manufacturing economy, but expectations are broadly weaker than current conditions with multiple categories reaching new record lows. 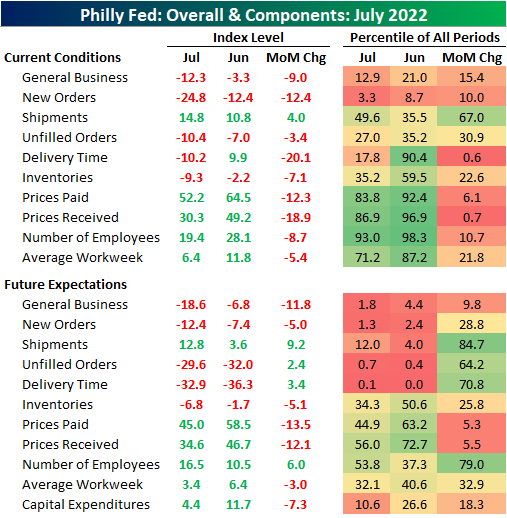 As previously mentioned, New Orders is the weakest current conditions index.  The reading fell from -12.4 to -24.8 in the past month.  Prior to the spring of 2020, the last time this index was as low was during the Global Financial Crisis era.  Expectations are even worse.  Last month’s decline was much more severe at 23.5 points versus 5 points in July, however, the continued drop has brought the index to the lowest level since September 1979. Although demand has slumped, Shipments actually accelerated with the current conditions index slightly below median while expectations saw a large 9.2 point MoM jump. Unfilled Orders expectations similarly moved higher versus last month but that was only a more modest bounce as the index remains in the bottom 1% of all months.  Current Conditions are more modestly in contraction in the 27th percentile after falling another 3.4 points in July. 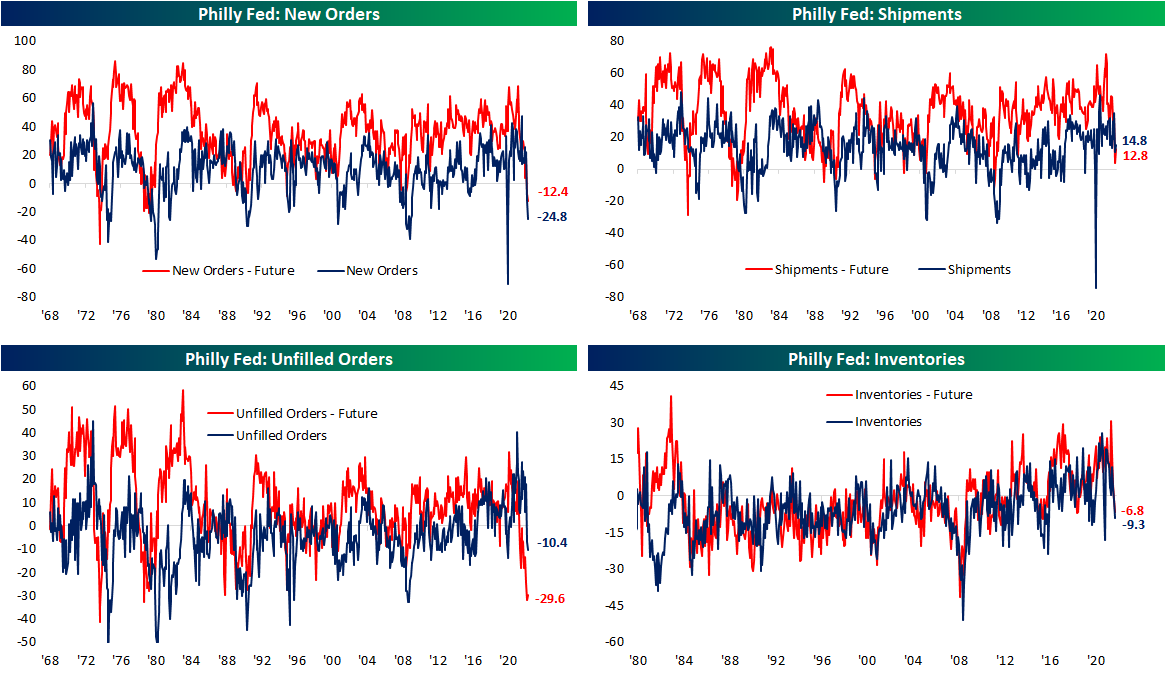 One of the most striking changes over the past few months has been in regards to supply chains.  Higher readings in the Delivery Times index indicate that manufacturers are seeing products taking longer to reach their destinations and vice versa for lower readings.  Throughout the pandemic, this index sat at unprecedentedly high levels.  All of that has been reversed now, though, as Delivery Times moved from expansion into contraction. Not only are delivery times now falling, but the July reading was the lowest reading since May 2016.  In other words, on net, a larger share of respondents are seeing declines rather than increases in how long it takes for products to be delivered.  Meanwhile, expectations are at the extreme low end of their historical range, coming slightly off last month’s record low.  All that is to say supply chains are seeing massive improvements to stress as demand rapidly cools. 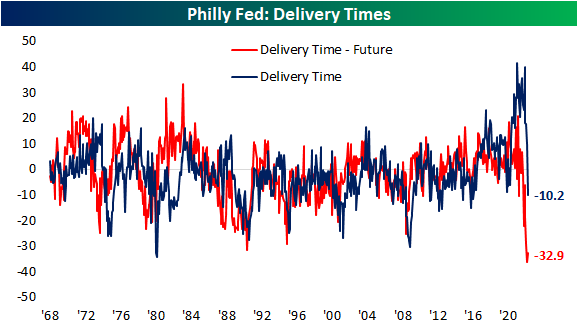 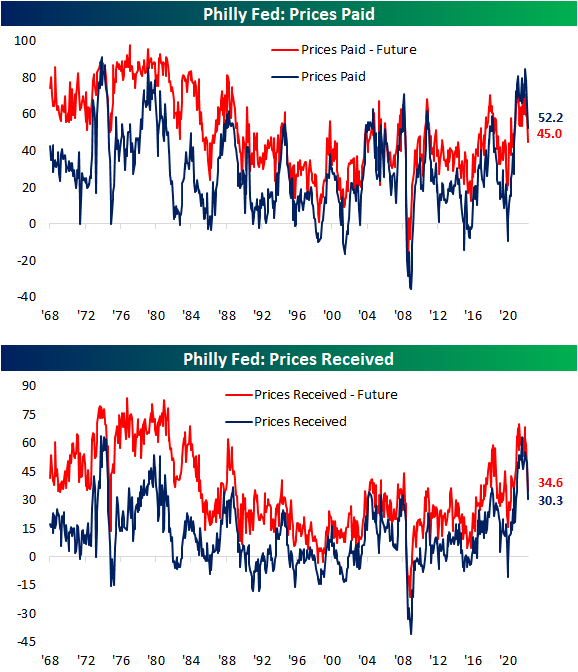