Yesterday, we highlighted the collapse of the first of the April regional Federal Reserve indices which was from the New York Fed. This morning, we got an update from the Philadelphia Fed, and the results were not much better. The headline index fell from -12.7 in March to -56.6 in April.  That is the second-lowest level of the index on record behind the record low of -57.1 back in July of 1980. That deterioration has come very rapidly. As recently as February, before COVID-19’s impact had been fully felt, the index was at 36.7 which is at the upper end of its historic range in the 97th percentile of all readings.  In just the last two months, though, the headline index has experienced its two largest declines on record: -43.9 this month and -49.4 last month.

The components of the index are similarly at or near record lows.  As shown in the table below, indices for demand and employment all experienced their largest declines ever this month. Overall, demand is weaker while delivery times are longer as both prices paid and received fall.

Demand is one of the key areas of weakness in the regional Fed reports.  The indices for New Orders and Shipments have both fallen by their largest amounts ever to record lows. 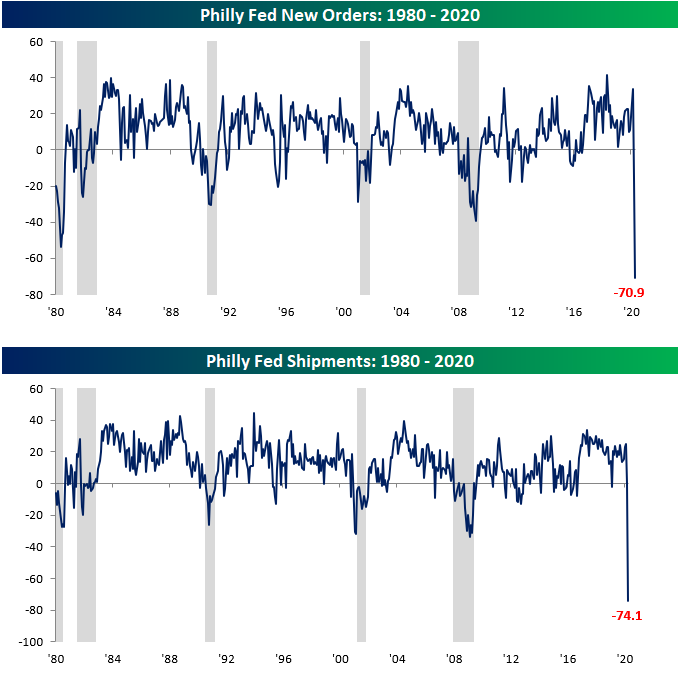 As a result of weak demand, prices are beginning to fall.  The Prices Paid component is now down to -9.3 which is its lowest level since May 2015. Prices Received, on the other hand, is even lower at -10.6, which is the worst reading since July of 2009. The 17.4 point decline this month was also the fourth largest month over month decline for Prices Received on record. 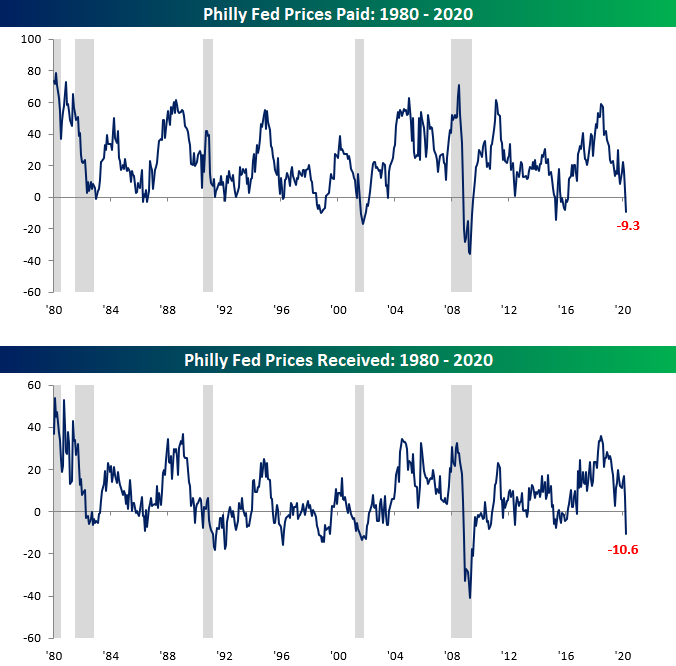 Last month’s report had yet to capture the massive drop in employment as a result of COVID-19. That changed this month with the index for Number of Employees cratering to -46.7. That is the second-lowest reading ever behind March of 2009 when it fell to -51.5. Meanwhile, Average Workweek is down to its lowest level ever at -54.5.  Start a two-week free trial to Bespoke Institutional to access our interactive economic indicators monitor and much more. 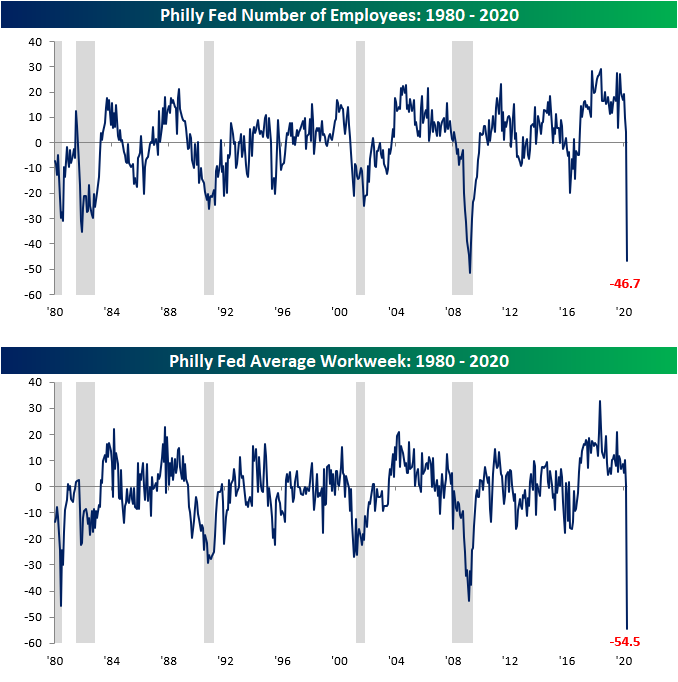