This morning, the Philadelphia Fed released its monthly reading on the region’s manufacturing sector.  The headline index fell to 11.1, which was the second monthly decline in a row and larger than consensus expectations for a drop to 20.  While the still positive number indicates further growth in the region’s manufacturing sector, it is also the slowest pace of growth in the last six months. 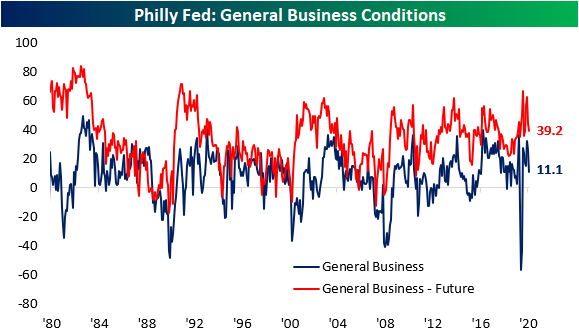 On Tuesday, the New York Fed’s monthly manufacturing report showed some slowing down in the manufacturing sector as the headline number dropped, though under the hood not all was lost as most sub-indices managed to rise month over month. The same cannot be said for the neighboring Philadelphia Fed region.  Breadth in the report was very weak as only two indices (Delivery Times and Inventories) managed to move higher in December. The moves higher for those indices are also not necessarily good developments as they indicate higher inventories with longer lead times.  Most other indices fell double digits with the declines of some in the bottom 1% of all monthly moves. On the bright side, every index did remain in expansionary territory (readings above zero) meaning growth has continued, but there was a significant slowdown. 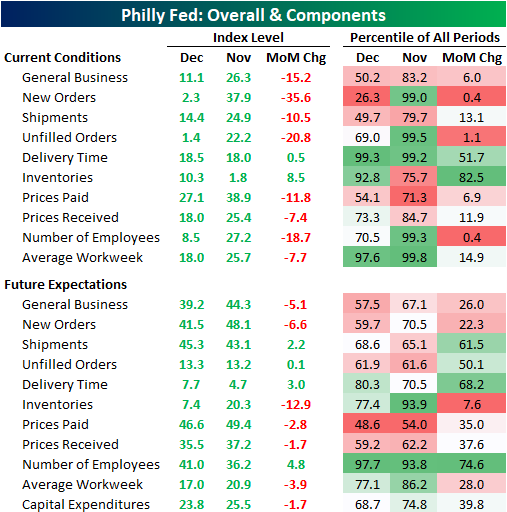 One of the areas to have seen the sharpest drop was New Orders.  Whereas last month the index for New Orders came in at a near-record 37.9, December saw a huge drop down to a barely expansionary reading of 2.3.  That 35.6 point drop was the largest decline since the 49.1 point and 55.4 point declines in March and April, respectively. It also ranks in the bottom 1% of all monthly moves going back to the start of the index in 1980. The same applies to the index of Unfilled Orders. Last month’s reading was the strongest since March of 1973, but the over 20 point decline in December resulted in a reading that points to much less rapid growth in unfilled orders than the previous month.  That decline also ranks around the bottom 1% of all monthly moves. 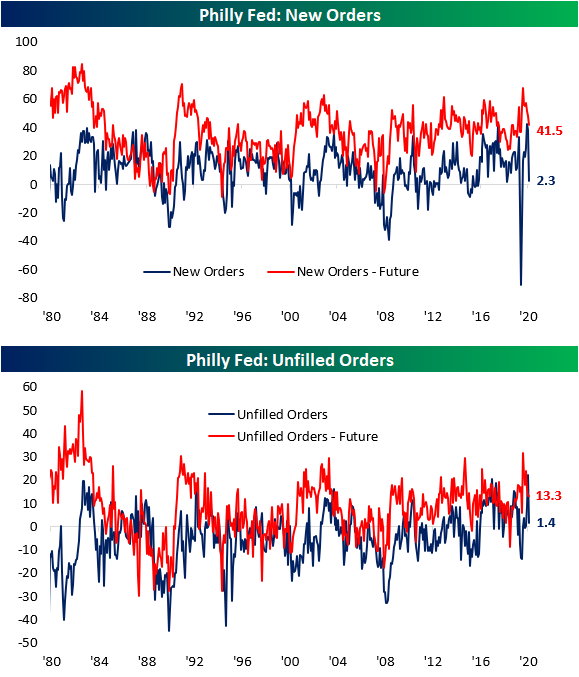 Given that slowdown in demand, Shipment growth also slowed in December although not to anywhere near the same degree as New and Unfilled Orders. The index for Shipments peaked back in October at 42.6. The past two months now have seen the number nearly cut in half falling to 24.9 last month and 14.4 this month. Again, the reading is still indicative of growth, but at a much more modest pace. In fact, December’s reading of 14.4 is essentially in the dead middle of the historical range. 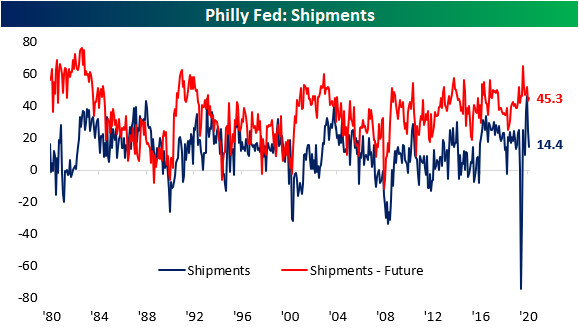 Again, the only two indices that managed to move higher in December were those for Delivery Times and Inventories.  Lead times remain historically high as the index for Delivery Times rose slightly to 18.5. That is in the top 1% of all readings. Elsewhere in the supply chain, inventories rose at a faster pace in December as that index rose from 1.8 to 10.3.  That is the second month in a row of inventory expansion. 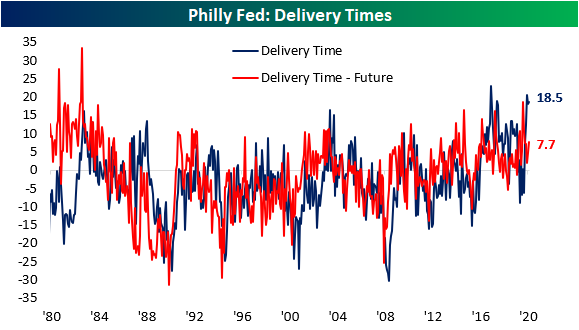 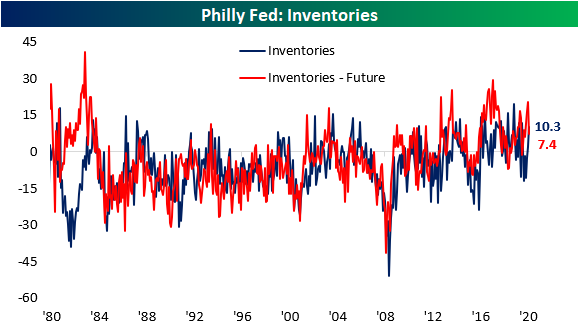 Finally, the employment metrics this month saw similar moves to those of orders. The index for number of employees was in the top 1% of all readings last month, but a historically large decline resulted in a much lower reading of 8.3 this month.  That still indicates net hiring, but at a slowed pace.  Additionally, the average workweek grew more slowly as that index fell from 25.7 to 18.  Click here to view Bespoke’s premium membership options for our best research available. 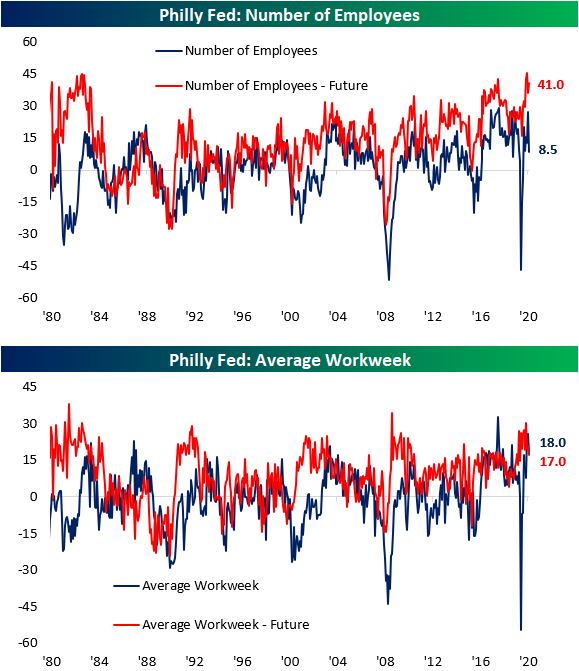