This morning, the Philadelphia Federal Reserve Bank updated its manufacturing index for the month of June. The past few months have seen some of the lowest readings in the index’s history dating back to 1968.  But this month the index rose from -43.1 in May to 27.5 in June.  That 70.6 point increase in the index was the largest single-month gain on record.  The turn into positive territory also indicates that overall manufacturing conditions for the region improved in June, although we’re still far from fully recovered from the impacts of COVID-19.  In the special questions section of this month’s survey, 77.8% of businesses reported total production is down in Q2 versus Q1.  Of the responding firms, 46% reported conditions improved in June compared to 19% reporting decreases. Last month over half of the respondents reported worse conditions. 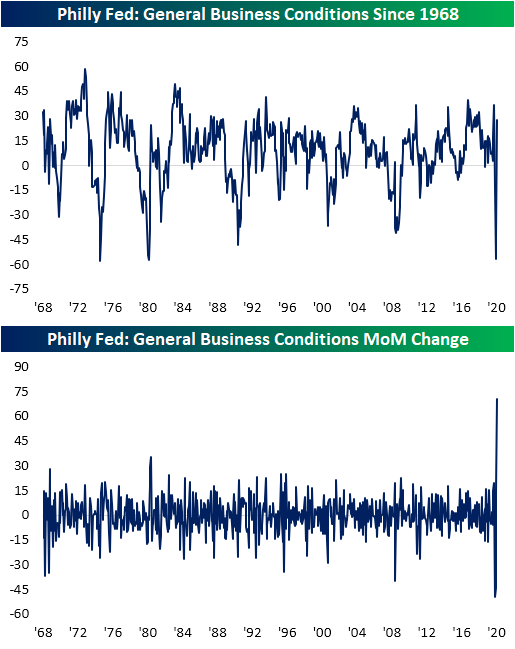 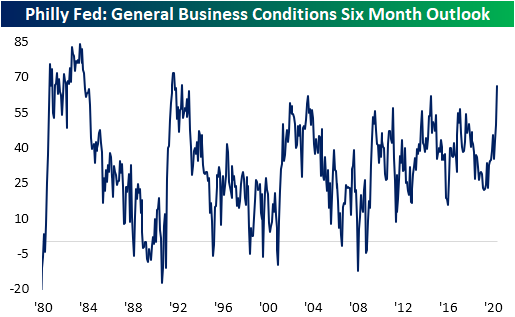 Like the gain in the headline number which was the largest since month over month increase on record, the same can also be said for Shipments while several other categories, especially those for future expectations, experienced increases in the 90th percentile or better of all prior periods. In addition to the headline index, several categories also showed expansionary readings (above 0) compared to only two last month.  For the six month outlook, every index is now positive. 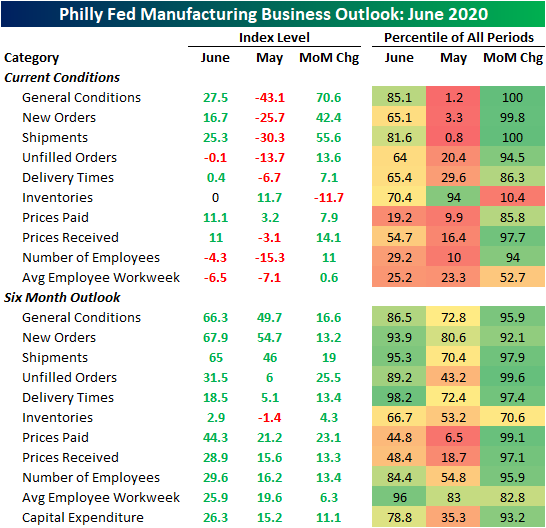 Indicators of demand like new orders and shipments have both picked up substantially.  As previously mentioned, the index for Shipments saw its largest monthly gain on record while New Orders saw its second-largest gain on record behind last month’s even larger gain of 45.2 points. 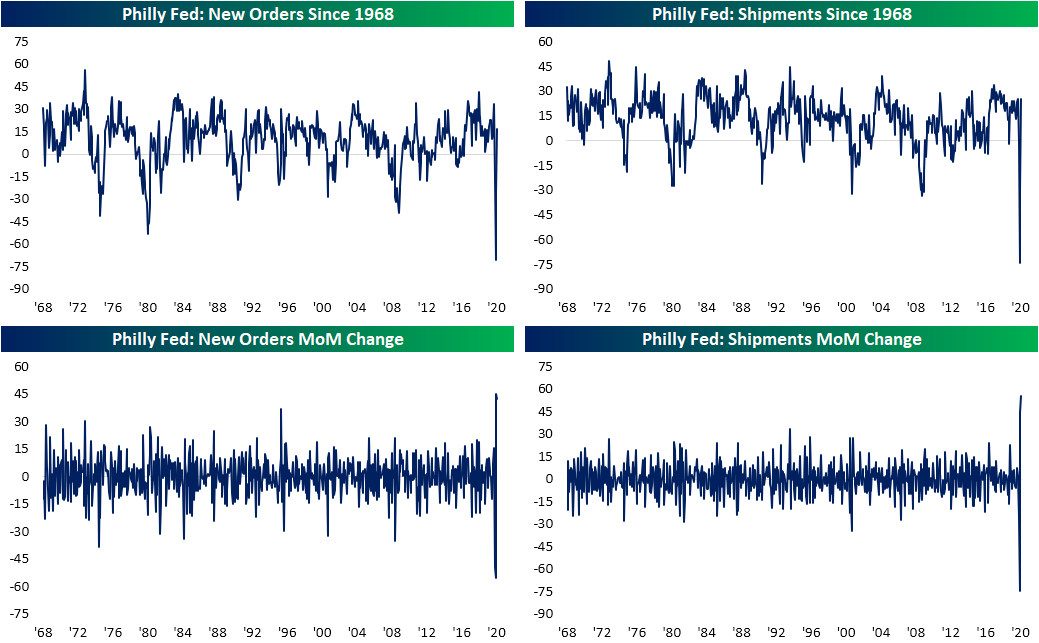 Broad activity for the region appeared to rebound in June, but employment remains weak.  The indices for Number of Employees and Average Workweek both remain in negative territory (indicating a decrease in the level of employment) at -4.3 and -6.5, respectively, though they too have at least improved for two months in a row. Another reason for optimism regarding these indices is the six-month outlooks indices for these categories came in much stronger. In other words, while companies may not currently hiring, they expect to start doing so before year end.   Click here to view Bespoke’s premium membership options for our best research available. 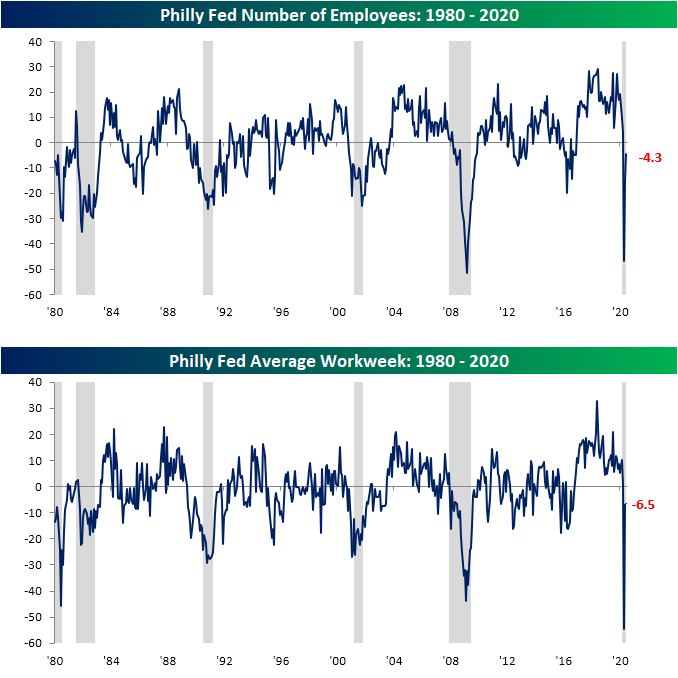