Performance Throughout The Presidencies 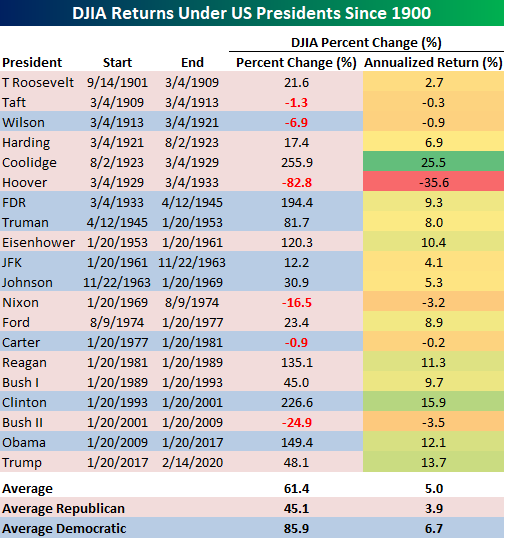 While it is impossible to say what a candidate’s election will mean for the market, at the moment betting markets favor the incumbent to win the presidency while Bernie Sanders and Michael Bloomberg go back and forth in taking the number 2 spot, hovering around 15%-16%.  Come Super Tuesday (March 3rd) when we could finally see more clarity on the Democratic side, the back and forth between Bloomberg and Sanders might become more one-sided   Start a two-week free trial to Bespoke Institutional to access our Bespoke Report and much more. 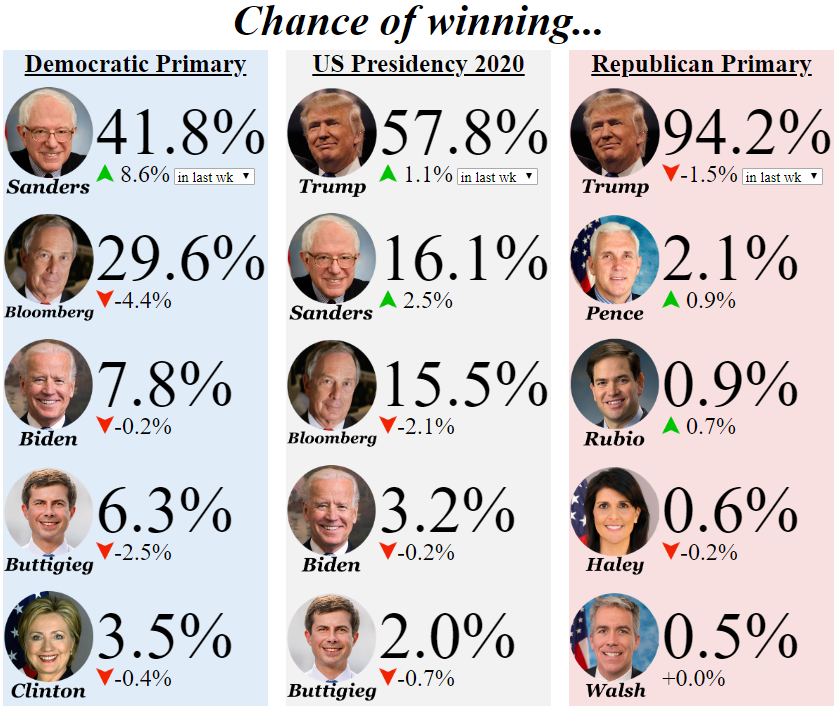