A very weak jobs number from the Labor Department for the month of March just rolled in.  Nonfarm payrolls fell 701K in March compared to 273K added jobs in February.  That was also a much weaker number than the consensus forecast which was only predicting a drop of 100K.  In fact, of all reports since 1998 in our Economic Indicator Database, this was the largest miss. This was also the first time since September 2010 that monthly payrolls have been negative.

Taking a longer-term look, this was also the eighth largest decline on record in the data going back to early 1939. The last time that a larger decline was observed was in March of 2009 (-800K).  One important factor to note about this month’s report is the collection period. Since the reference week for the monthly report is in the first half of the month, the massive job losses recorded in the second half of March were not even fully picked up in this report. In other words, next month’s report is going to be a LOT worse.  Start a two-week free trial to Bespoke Institutional to access our interactive economic indicators monitor and much more. 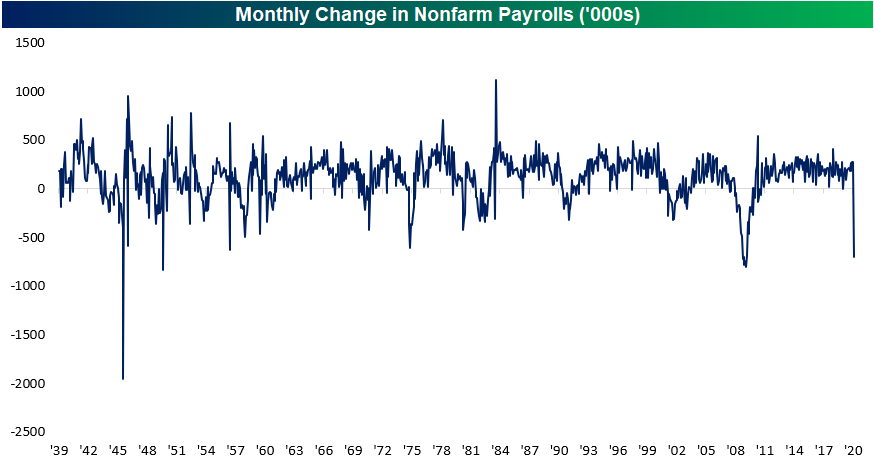