Rather than the expected decline to 320K this week, seasonally adjusted initial jobless claims rose to 351K (from weekly FRED data). That is the second week in a row that claims were higher and in which claims were worse than forecasts.  After the past two weeks of increases, claims are also now at the highest level in a month, though, that is still near pandemic lows. 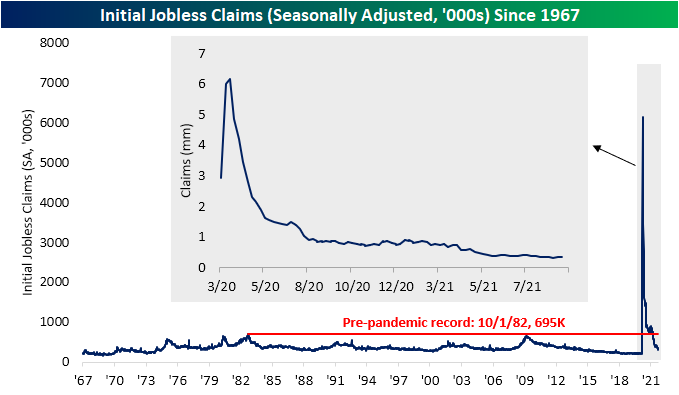 On a non-seasonally adjusted basis, claims were also higher rising by 40.3K week over week. That brings regular state claims back above 300K for the first time since the week of August 13th.  Pandemic era programs technically ended in the first week of September and last week’s release was the first data point to capture this.  PUA claims did drop substantially that week with an over 70K decline, but they did not fall to zero as one might expect.  The same is the case this week with PUA claims falling further to a very low level of 15.16K.  As for why PUA claim counts are still being recorded following the end of the program is not exactly clear, but it could be due to backdating of claims. 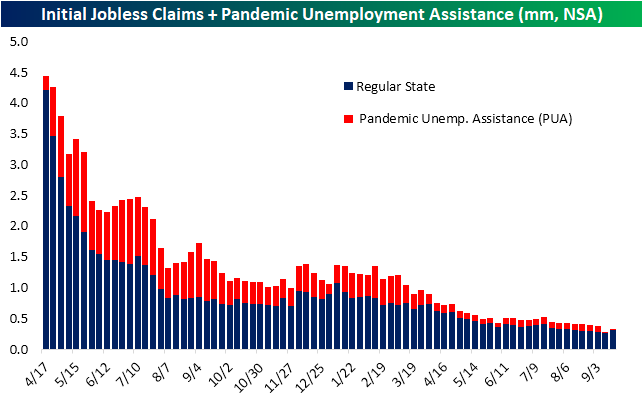 While PUA claims will likely continue to drop and become even less of a factor than is already the case, we are now past the point of the year in which claims have seasonal tailwinds.  As shown below, on average claims historically rise from mid-September through the end of the year with week over week increases happening more than half the time. In other words, pandemic programs falling off have and will keep lowering claim counts but that will also be to some degree offset by seasonality. 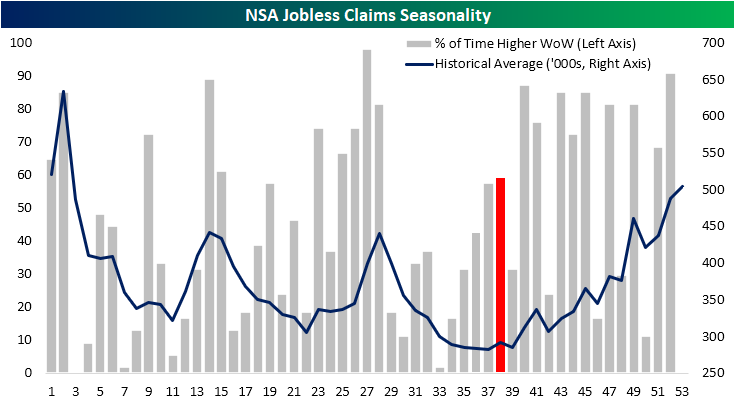 Continuing claims are lagged an additional week to initial claims making the most recent data through the week of September 10th. Here too, claims saw a surprise uptick to 2.845 million versus expectations of a further decline to 2.6 million. 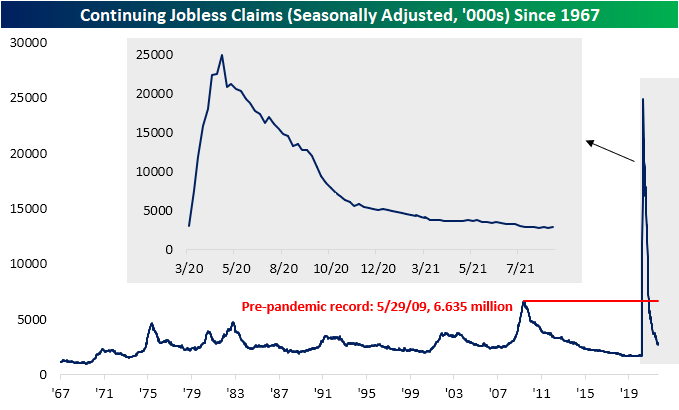 The inclusion of all programs adds yet another week’s lag to the data making the most recent data through the week of September 3; the last before the end of pandemic programs. Leading into the deadline for pandemic programs, total non-seasonally adjusted continuing claims fell to a fresh low of 11.26 million. PUA claims and PEUC claims were the biggest contributors to that decline as the former fell by 591K and the latter fell by 161K. Regular state claims also experienced a significant decline of 290K.  As those programs all saw significant declines, that was offset by another sizeable increase in extended benefits programs although there is a caveat to that move. 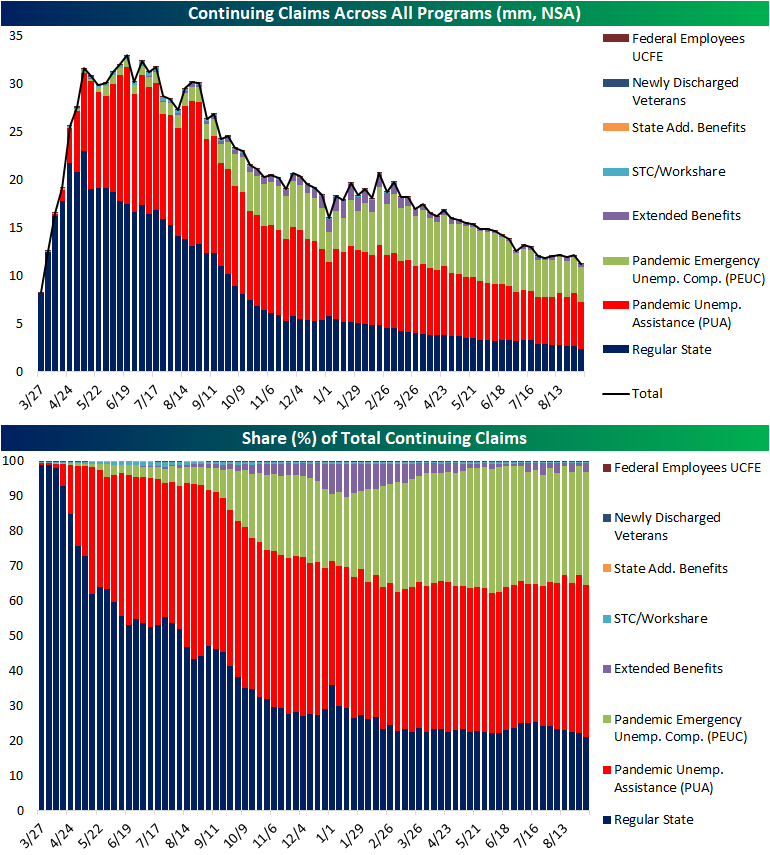 Over the past couple of months, we have frequently made note of the volatility in claim counts for extended benefits programs.  Week to week this reading has been in a cycle of big increases followed by big drops. To quantify just how volatile it has been, in the second chart below we show the 8 week rolling average in the program’s absolute week-over-week change. That average not only surpassed last year’s highs but it hit a record last week, surpassing the prior high from after the Global Financial Crisis.  Click here to view Bespoke’s premium membership options. 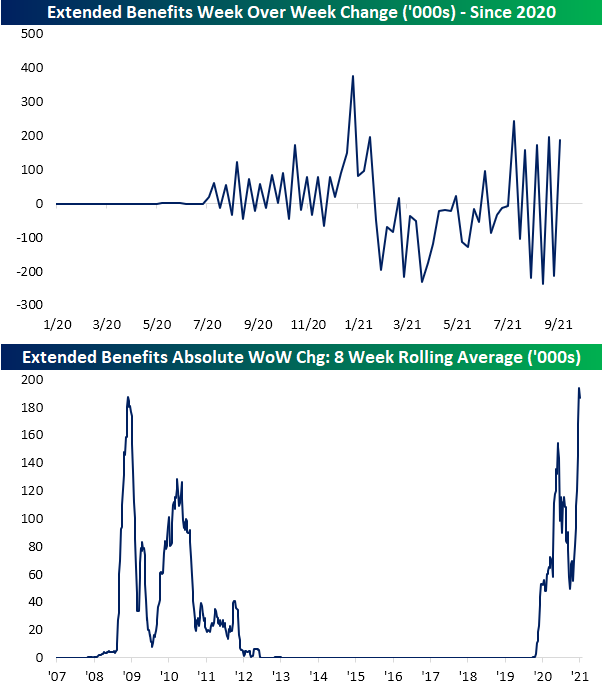