This week’s initial jobless claims number disappointed with a surprise increase to 362K rather than the anticipated 21K decline to 330K.  After that increase, claims are at the highest level since the first week of August when total adjusted claims were 15K higher at 377K. 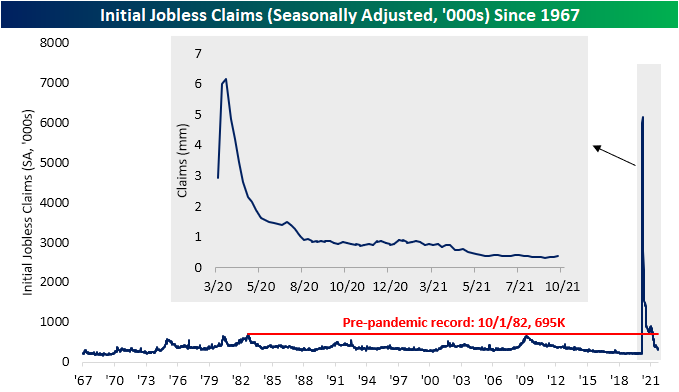 While seasonally adjusted claims were disappointing, the unadjusted number actually improved week over week falling back below 300K. Albeit lower, claims are still off their low of 265.9K from two weeks ago which could be expected given the seasonal tendency for claims to rise at this time of year. With the program’s official end date now a few weeks in the rearview, PUA claims remain muted, but there was actually an increase of early 2K this week. 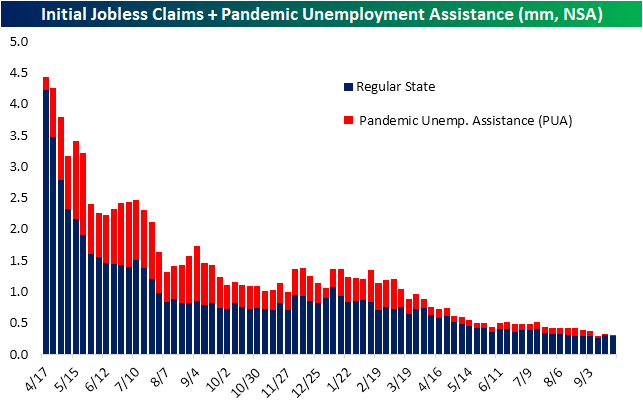 Seasonally adjusted continuing claims fell this week to 2.802 million.  Although lower, that was not as large of a decline as expected. That makes for the second-lowest reading of the pandemic outside of the first week of September when continuing claims came in at 2.715 million. 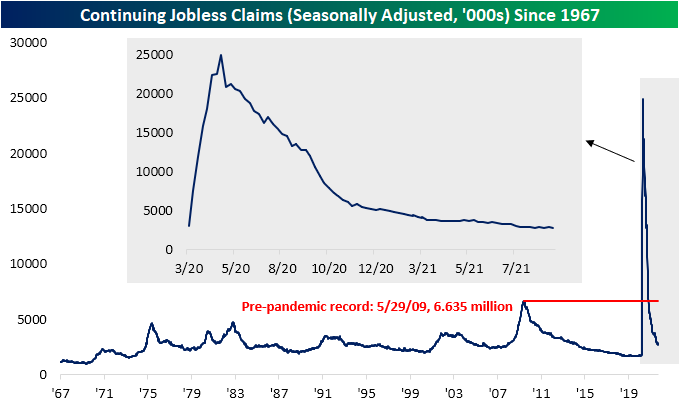 On a non-seasonally adjusted basis and including all auxiliary programs creates a couple of weeks of lag to the data making the most recent reading through September 10th.  That was the first week of data to encapsulate the end of pandemic programs, and the drop was significant. Total claims across all programs were more than cut in half falling 6.22 million to 5.03 million. As could be expected, declines in PUA and PEUC claims drove that decline with the two programs shedding a combined 6.49 million claims. That being said, these two programs still have a total of over 2 million claims left on the table and likely to fall off over the coming weeks. Click here to view Bespoke’s premium membership options. 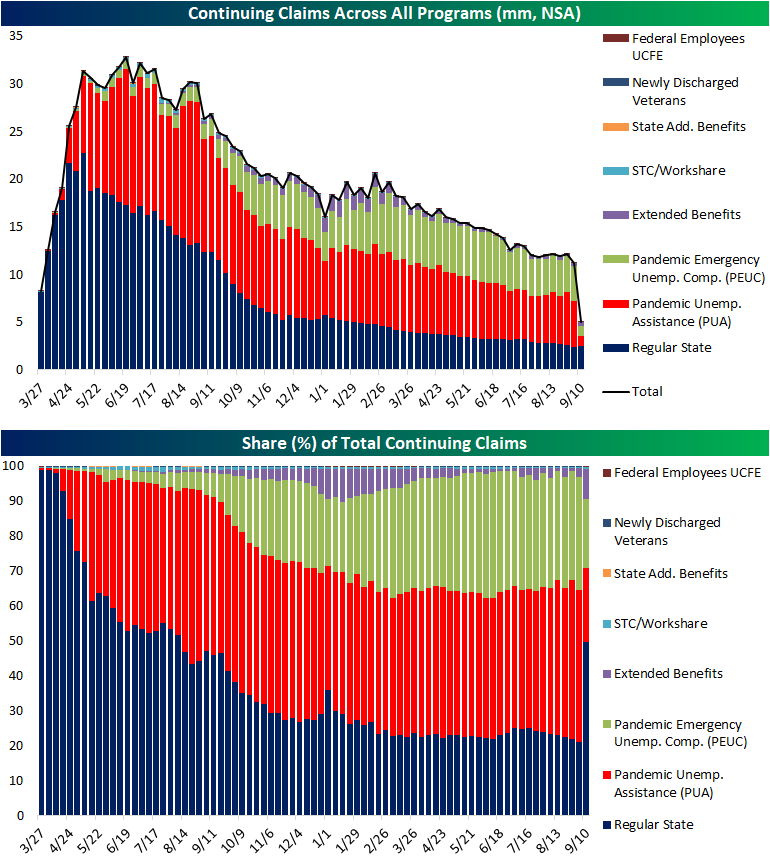