Pandemic and Multi-Decade Low for Claims

Out of the massive slug of economic data this morning, one major bright spot was jobless claims.  It has now been 88 weeks since the March 13, 2020 release; the last one before claims began to print in the millions.  In that time, claims have fallen to not only take out pre-pandemic levels and the low prior to that of 203K set in April 2019 but today saw the first sub-200K reading since November 20, 1969. That compares to estimates of a reading of 260K and last week’s 2K upward revised number of 270K. On a side note, in 2019 there were three weeks where the initial release of initial claims came in below 200K (1/24, 4/11, and 4/18), but they have been since revised higher. 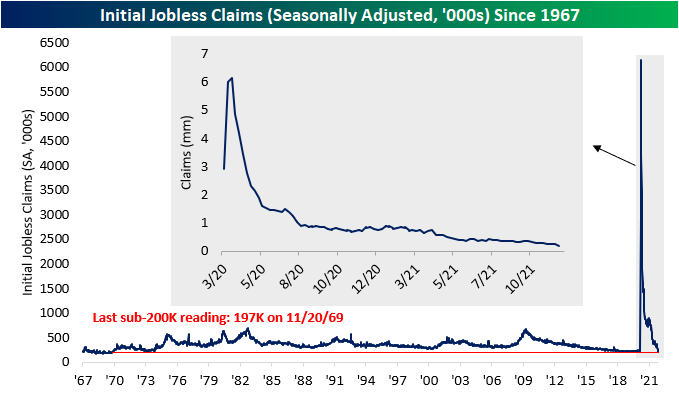 While that is a significant low in claims, the drop appears to a large degree to be thanks to seasonal adjustment.  On a non-seasonally adjusted basis, claims rose to 258.6K which was the highest level in six weeks.  It is seasonally normal for claims to head higher during the current week of the year with it having happened over 80% of the time historically.  Additionally, that is a bit of catch-up considering claims have been bucking seasonal trends in recent weeks. 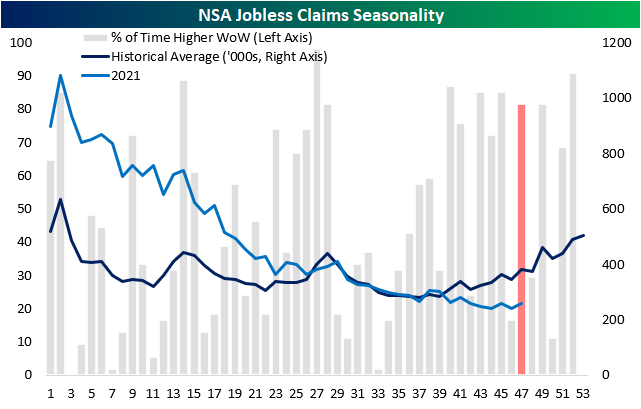 Continuing claims were also lower this week falling from 2.109 million to 2.049 million.  As with initial jobless claims, that sets a new low for the pandemic that is 265K above the level from March 13, 2020. 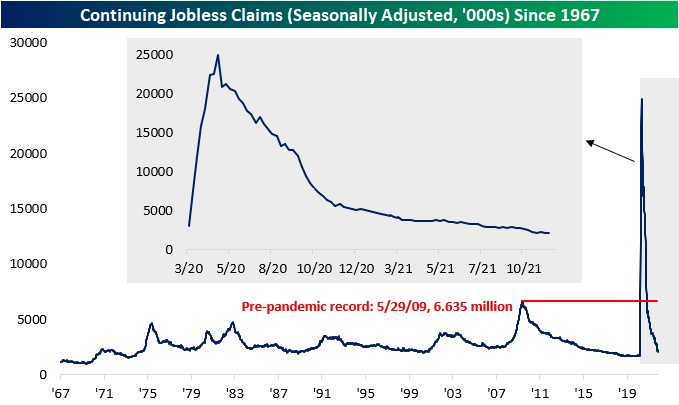 Factoring in all other programs creates an additional week of lag to the data meaning the most recent print is through the first week of November.  The final week of October’s unusual uptick on account of peculiar growth in claims for expired programs has unwound in the most recent week’s data.  PUA claims were more than cut in half as PEUC claims also fell by 121K. Combined that resulted in a new low of 2.44 million claims. Click here to view Bespoke’s premium membership options. 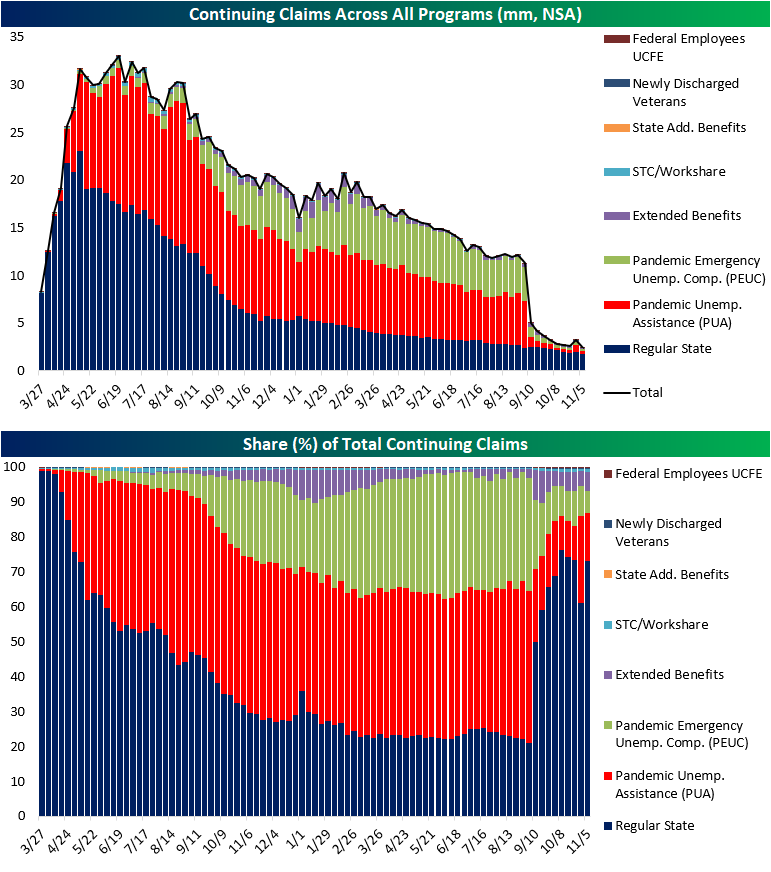