On a y/y basis, background checks are up 20.7% from the same month last April, and that represents a record fourteen straight months that they’ve increased 20%+ on a y/y basis.  20% y/y is strong enough, but once you start compounding at that rate, it really adds up!  Not only that, but the average y/y change during those fourteen months has been 38.3%.

On the one hand, background checks are compounding at 20% per year, while at the same time, total checks saw the largest m/m decline on record.  With those conflicting signals, investors can’t seem to make up their minds over what to do with the stocks of the pure-play gun makers.  The charts below show the performance of Smith and Wesson (SWBI) and Sturm Ruger (RGR) over the last year.  Both stocks saw impressive gains last summer during the height of civil unrest, but as the violence subsided, so too did their stocks.  After erasing roughly half of their summer gains in the fall of last year, both stocks have essentially been stuck in a trading range for the last eight months.  In the case of both stocks, they are currently trading at the same level now as they were last September.  Click here to view Bespoke’s premium membership options for our best research available. 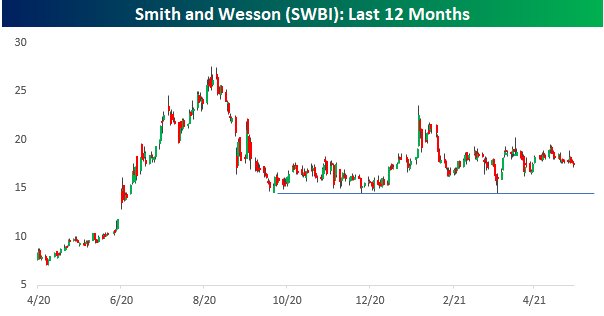 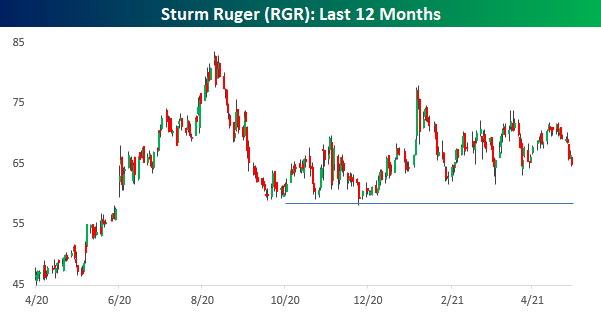