Over a Quarter Eying a Correction

In spite of the continued craziness in the headlines over the past week, sentiment has seen little in the way of change.  AAII‘s weekly sentiment survey saw bullish sentiment fall just 0.3 percentage points to 37.4%. That is a third consecutive decline and leaves bullish sentiment at the lowest level since the end of October. 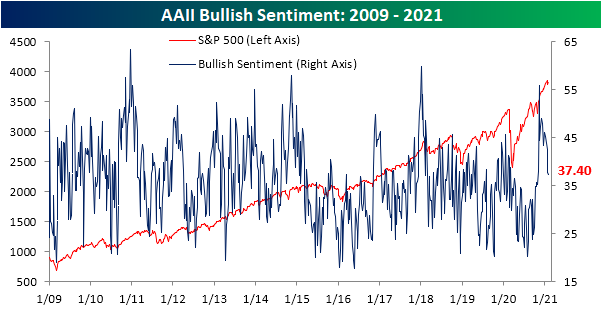 Bearish sentiment was also lower this week dropping to 35.6% compared to last week’s reading of 38.3% which was the highest level since early October.  That leaves bearish sentiment right in the middle of the range of the past year, still several percentage points below last year’s elevated levels and the more recent historically low readings. 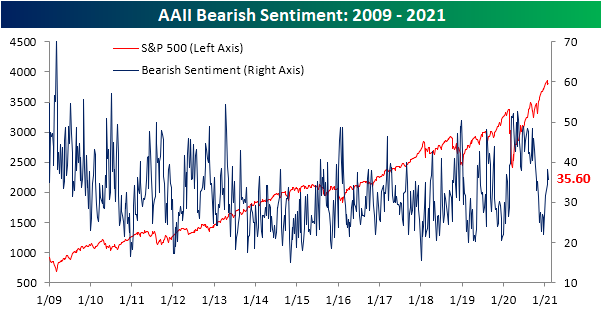 The bigger decline in bearish sentiment relative to the move in bullish sentiment resulted in the bull-bear spread to move back into positive territory after briefly dipping to -0.6 last week; the first negative reading since mid-October.

Neutral sentiment picked up the losses rising to 27.1% from 24% last week. That 3.1 percentage point week over week increase only brings neutral sentiment back to similar levels to the end of 2020. 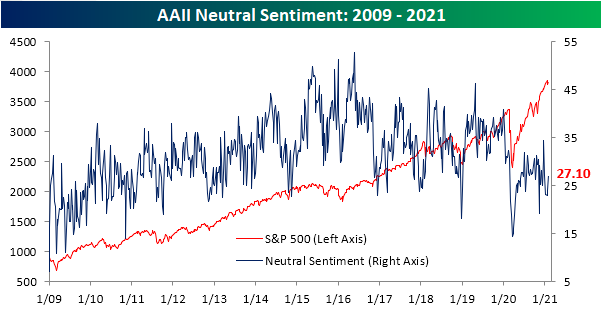 In another sentiment survey from Investor’s Intelligence, which surveys newsletter writers rather than individual investors, the readings were similar.  Bullish sentiment in this survey also came in at some of the lowest levels since the fall. At 57.8%, it was the first sub-60% reading since mid-November and the lowest reading since November 4th.  Bearish sentiment was slightly higher rising to 16.7% from 16.5% though it is still below levels from two weeks ago.  While these survey results still lean historically bullish with the bull-bear spread at 41.1—which is in the top decline of readings going back to the 1960s—a higher share of respondents did report that they are looking for a correction.  That reading climbed above 25% for the first time since the first week of November.  While that is far from a historically high reading (historical average of 25.77%), it did end a streak of consecutive readings below 25% at 12 weeks long. 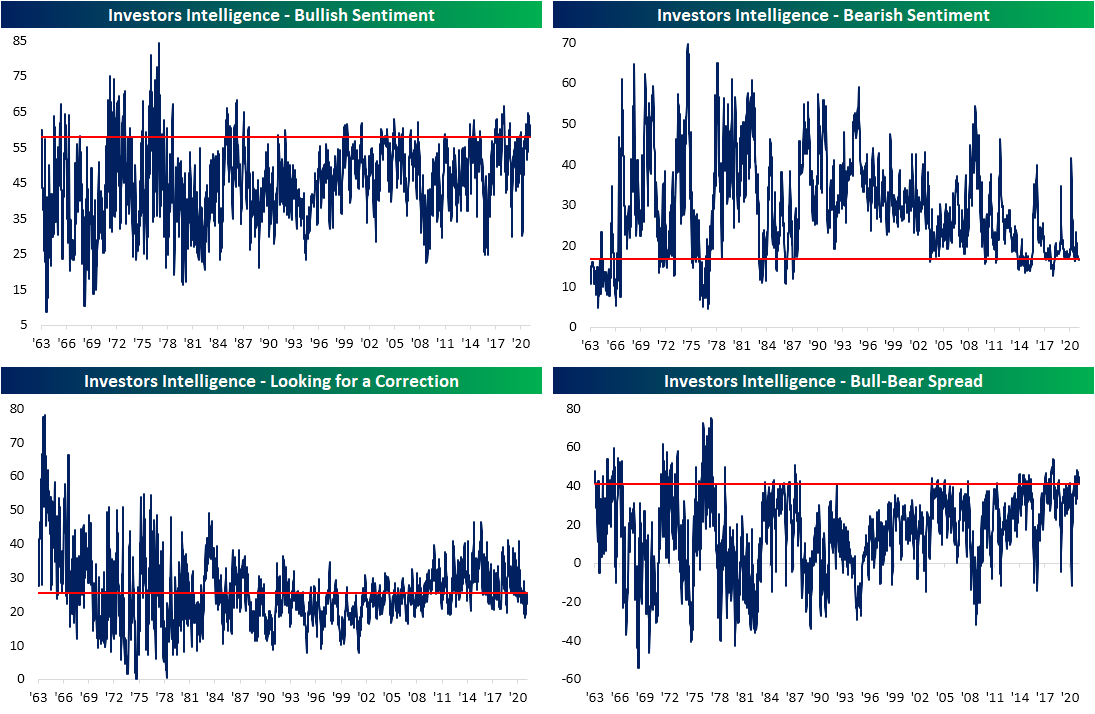 Across the history of the survey, there have been 42 streaks of readings of “looking for a correction” below 25% that lasted for at least 12 consecutive weeks.  In the table below, we show the 14 of these instances that occurred without a prior occurrence in the past year. These streaks coming to an end have typically pointed to some short term weakness with the next month and 3 month periods averaging a decline.  For the one month period, returns have only been positive 30.77% of the time.  Six months later performance has leaned positive but underperforms the norm.  On the bright side, one year after these streaks come to an end performance has much more consistently been positive with slightly above-average returns. Click here to view Bespoke’s premium membership options for our best research available. 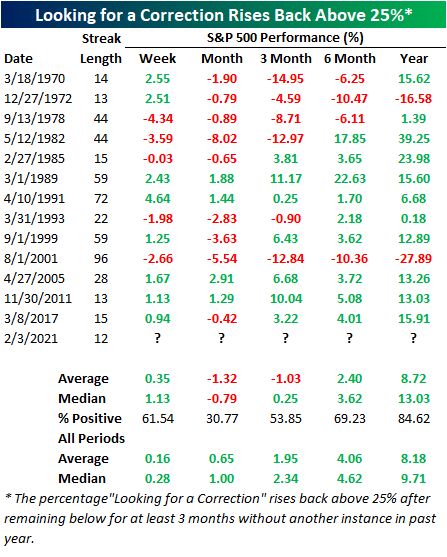