Initial jobless claims fell this week for the fourth week in a row since the record high print of 6.867 million back in the final week of March.  Claims came in at 3.839 million which was 588K less than last week but also above estimates of 3.5 million.  That brings the total number of initial jobless claims filed over the past six weeks (when there was the first print over 1 million) to over 30 million which is over 9% of the entire US population. 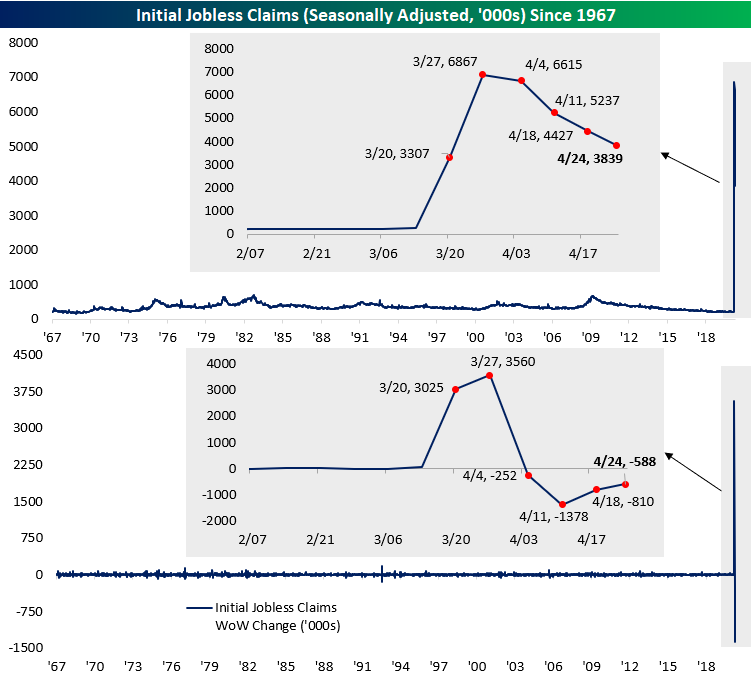 On a non-seasonally adjusted basis, this week was only the third consecutive decline off of the peak of 6.211 million which came one week later than the seasonally adjusted data’s peak.  This week’s decline brought jobless claims down to 3.489 million. 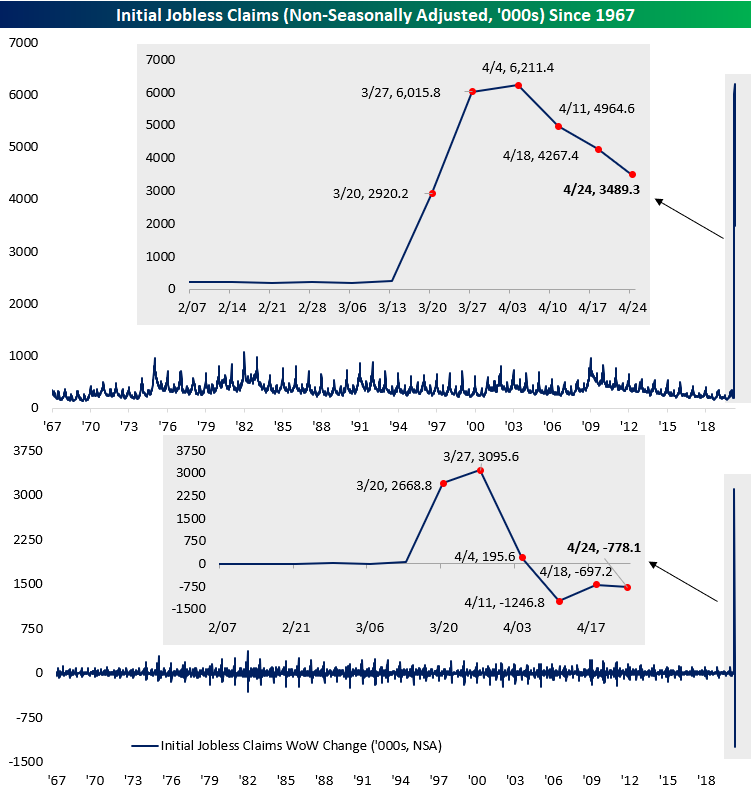 Since the huge spike in jobless claims began in late March, the 4-week moving average has risen every single week, except for today.  This week, the four week average fell 753.25K down to 5.033 million.  As with the other readings, while that is still lower, the moving average remains extremely high compared to the rest of history.  Start a two-week free trial to Bespoke Institutional to access our interactive economic indicators monitor and much more. 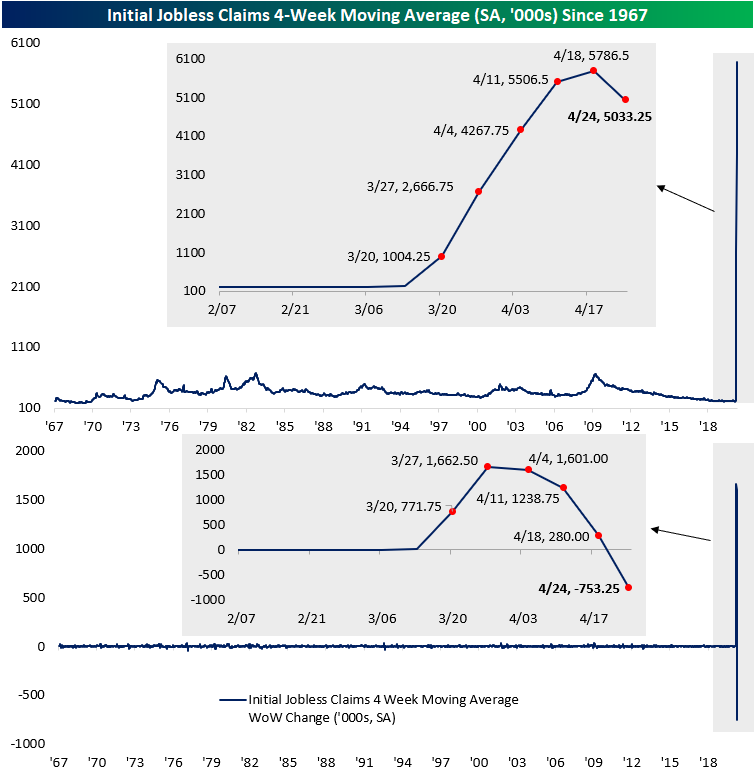