Although the S&P 500 has returned to record highs today, the drawdown that had been in place for most of the week did manage to put a dent in sentiment.  In the AAII’s weekly survey, just 42.13% of respondents reported as bullish. That is down from just over 46% last week and is the lowest level in bullish sentiment since the first week of November.  Granted, that is still an elevated reading relative to the past several years. In fact, it is nearly 10 percentage points above the average reading of bullish sentiment of the past five years. 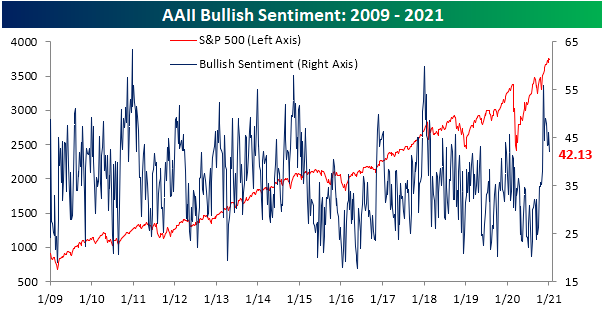 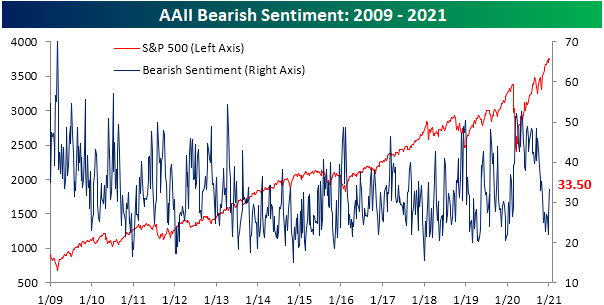 Given the inverse moves of bullish and bearish sentiment, the bull-bear spread has come back down to more moderate levels.  At 8.63, it is at the lowest level since the first week of November. Granted, those reporting as bullish continue to outnumber those reporting as bearish. 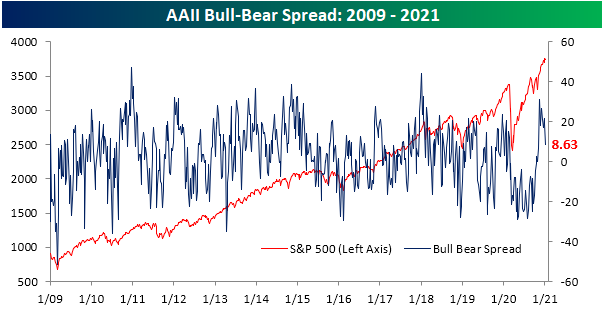 Not all of the gains to bearish sentiment came from the bullish camp.  The percentage of investors reporting a neutral outlook on the market fell for a second week in a row dropping to 24.37%. Neutral sentiment has fallen just over 10 percentage points over the past two weeks, the biggest two-week decline since the two week period ending November 12th. Click here to view Bespoke’s premium membership options for our best research available. 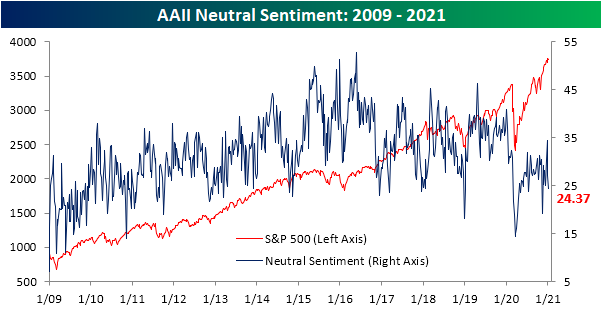