Whereas last week saw a big upswing in bullish sentiment in AAII’s weekly survey, this week’s readings were a snoozefest. Neither bullish, bearish, or nor neutral sentiment moved more than 1% either up or down. That is the first time this has happened since last August.  Of those small moves, bullish sentiment’s move was the largest, pulling back half of one percentage point. The bulk of that loss went to neutral sentiment as bearish sentiment only rose 0.1 percentage points. As a result, the bull-bear spread edged slightly lower to 25.3%. Regardless of that decline, sentiment remains overwhelmingly positive with the bull-bear spread still around some of the highest levels since early December at the high end of the past several years’ range. 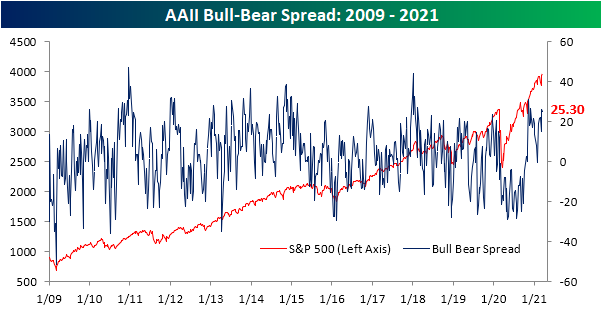 While that survey did not see much of a move, the Investors Intelligence survey of equity newsletter writers saw bigger changes. Last week, inverse to the AAII results, the Investors Intelligence survey took a more negative tone. Turning to this week, the survey finally reflected equities general move higher over the past couple of weeks. Bullish sentiment in this survey rose 4.9 percentage points to 55.9%. That is only the highest level since the end of February. Meanwhile, bearish sentiment fell a full percentage point to 19.6%. While lower, outside of last week that is still the highest reading since the first week of November. Additionally, a smaller share (24.5%) of respondents reported that they are looking for a correction as that reading fell to the lowest level in a month. 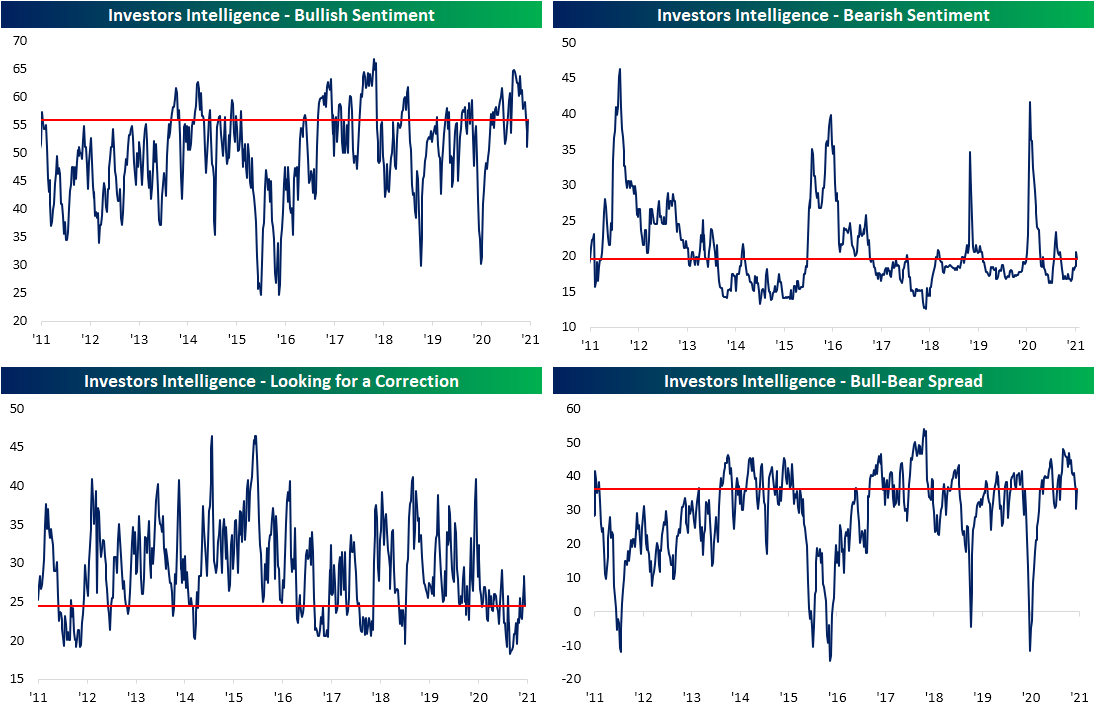 One other additional sentiment reading also took a more optimistic shift this week. The National Association of Active Investment Managers (NAAIM) Exposure Index tracks the equity market exposure of active money managers.  Index readings of -200 would indicate the average manager is leveraged short, -100 would be fully short, 0 is 100% cash or market neutral, 100 would be fully long, and 200 would be leveraged long. From the week of February 10th up through last week, the index had fallen 31.73 points to a low of 48.62.  That means reporting managers had the lowest long exposure to equities since last April. But this week that has reversed in a big way as the index jumped 29.93 points. 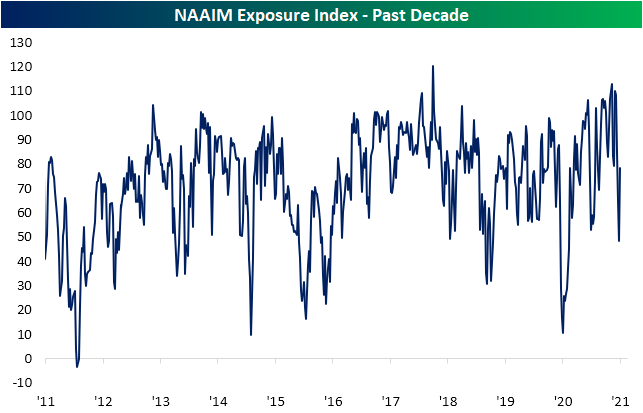 That ranks as the thirteenth largest one-week uptick in the index since July of 2006. As shown below, the last increase that was as large if not larger than the past week’s move was fairly recent occurring in the week of February 10th when the index jumped 31.13 points.  Prior to that, April of 2019 was the last move as large as this week’s rise.Click here to view Bespoke’s premium membership options for our best research available. 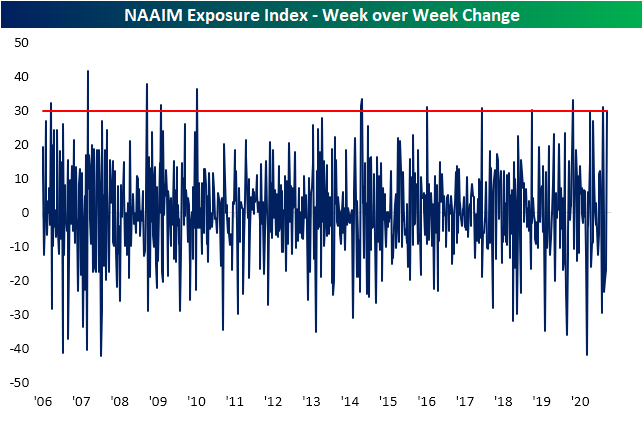