Optimism Comes Into the Light 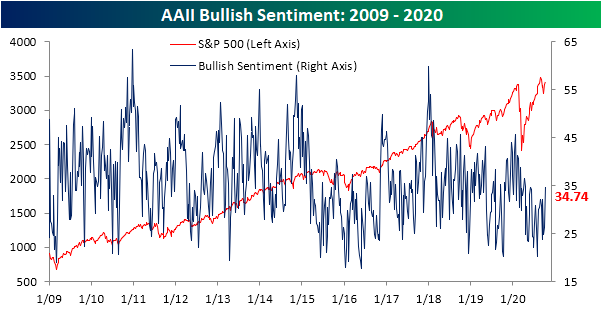 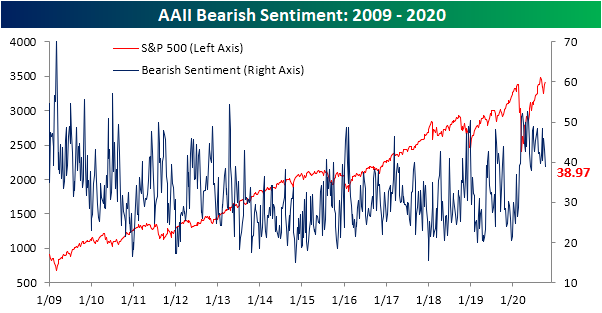 With bullish and bearish sentiment at new highs and lows, respectively, the bull-bear spread has reached its least negative level since June 11th.  At -4.23, the record streak of consecutive negative readings in the spread—meaning bearish sentiment outweighs bullish sentiment—is on the ropes, but still alive growing to 33 weeks long. 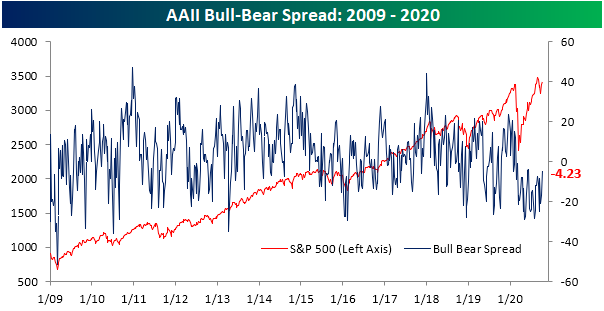 The gains in bullish sentiment also took from neutral sentiment as the percentage of investors reporting as such fell from 30.69% to 26.29%.  That is the lowest level for neutral sentiment since a reading of 23.79% back in mid-July. It was also the largest single week decline in the reading since that same week. Click here to view Bespoke’s premium membership options for our best research available. 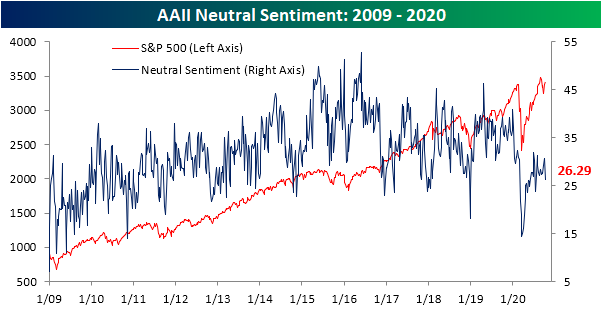