One Streak Ends, A Longer One Continues

It was a big, albeit brief, moment for the market today when the S&P 500 notched a new intraday record high, fully erasing all of the declines from the COVID-crash in February and early March. 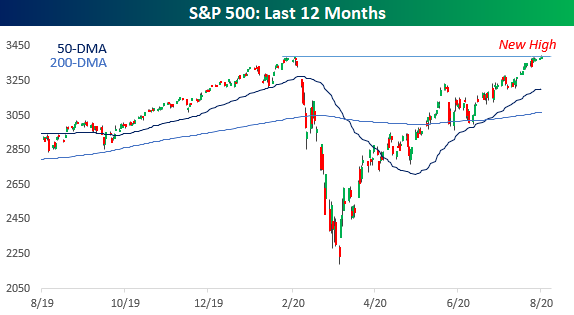 Today’s new high for the S&P 500 ended a streak of 125 trading days without a record intraday high.  The chart below shows prior streaks of trading days without an intraday high since 1983 (when our intraday database begins).  What’s amazing about the current period is that despite losing roughly a third of its value, the 125 trading day gap between record highs is barely even a blip on the chart, and doesn’t even rank in the top ten in terms of longest streaks without a new high.  Even looking at more recent history, since the S&P 500 took out its pre-financial crisis high in early 2013, there have been three other streaks where the S&P 500 went longer without notching a new all-time high. 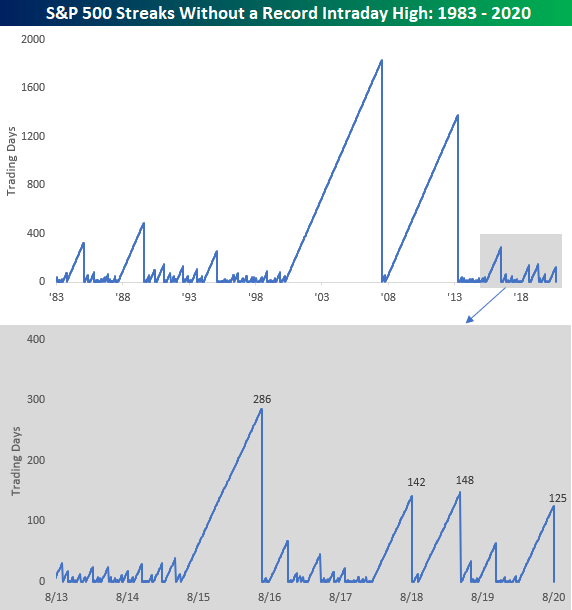 The S&P 500 may have notched a record high this morning, but it’s a much different picture for the small-cap Russell 2000.  At the same time that confetti was streaming for the S&P 500, the Russell not only remains well below its February high, but it’s also nearly 10% below its record high from nearly two years ago at the end of August 2018. 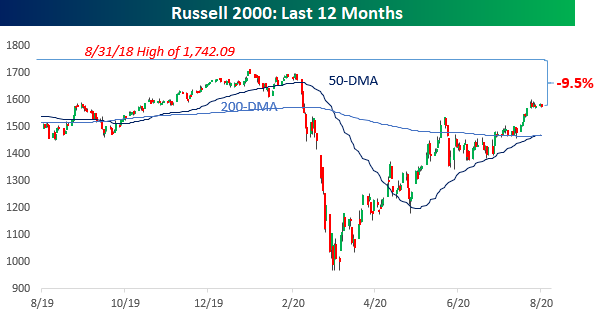 While the S&P 500’s just-ended streak of 125 trading days without a record high wasn’t even one of the ten longest, the current streak of 493 trading days that the Russell 2000 has gone without a new high ranks as the 5th longest streak since 1983.  Comparing the chart of Russell streaks below to the same chart for the S&P 500 shows that the Russell has been much more streaky.  While the S&P 500 has only had three prior streaks of longer than 400 trading days without a new high, the current streak for the Russell ranks as its eighth such streak of more than 400 trading days. Start a two-week free trial to Bespoke Institutional for full access to our research and interactive tools. 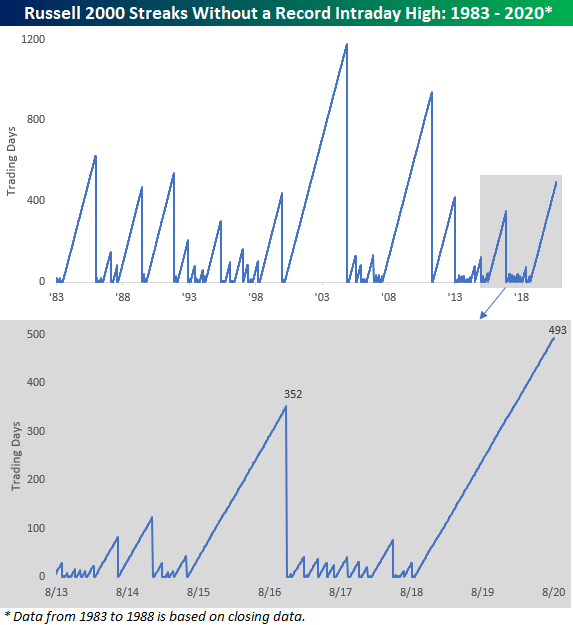