One Sentiment Survey Soars While Another Sinks

In an earlier post, we discussed how bullish sentiment in the AAII survey has been on the rise, but looking at another weekly sentiment survey from Investors Intelligence, the opposite is true.  The percentage of respondents reporting as bullish fell sharply this week, 7 percentage points, down to 53.6%.  While a majority are still optimistic and that reading is in the middle of its range, that was the largest weekly decline since a 7.4 percentage point decline to 41.7% in the first week of March. 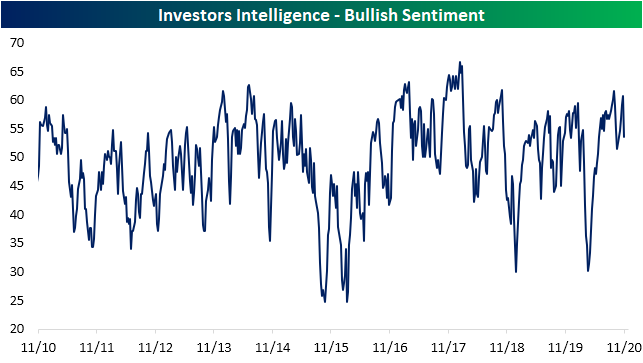 Meanwhile, the percentage of newsletter writers that are “looking for a correction” rose sharply to 25.8% this week following last week’s over 5% decline for the S&P 500. 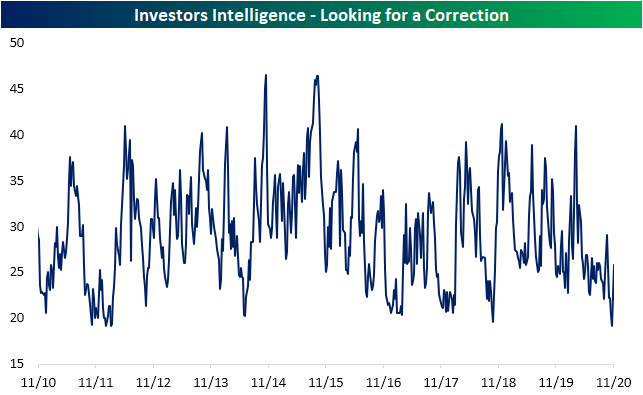 The Investors Intelligence survey has a long history dating back to 1963, and in all weeks in that time, only 5% (174 weeks) have seen bullish sentiment fall 5 percentage points or more while the percentage of respondents looking for a correction has risen at least 5 percentage points in the same week. In the chart below, we show the average performance of the S&P 500 following these past occurrences when there has not been another in the prior 3 months.  The S&P 500 has frequently been higher over the following weeks and months, but there is a slight underperformance relative to all periods since 1963 when the survey begins.  Click here to view Bespoke’s premium membership options for our best research available. 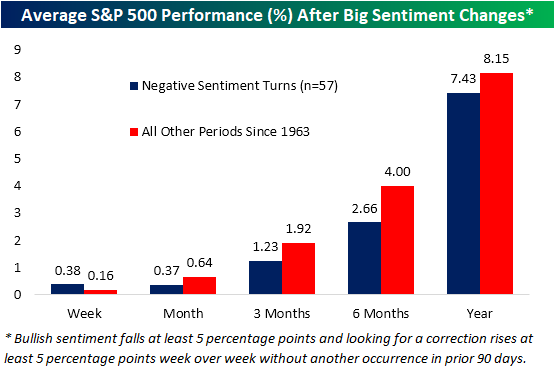