One of the Best Weeks of the Year for Claims

Initial jobless claims hit another pandemic low this week dropping to 348K from last week’s 2K upwardly revised reading of 377K.  That was also 16K below expectations and the first better than expected print in six weeks. While recent releases have disappointed relative to forecasts, this week did mark the fourth week in a row that claims have dropped.  That is the longest stretch of consecutive declines since a six-week streak ending on June 4th. 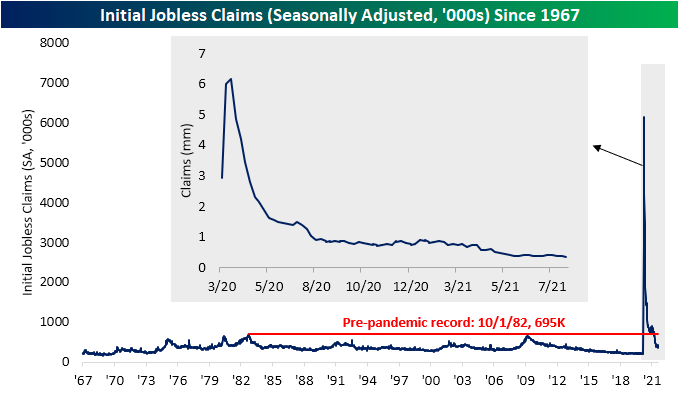 On a non-seasonally adjusted basis, initial claims fell to 308.57K which is again the lowest level since the start of the pandemic.  Meanwhile, pandemic unemployment assistance claims ticked up to 109.38K from 103.85K the previous week. The main state driving that increase was Ohio which saw claims more than double.  Maryland, Oregon, and California were the other states to have seen the biggest increase in PUA claims. Those increases also come even as the program is slated to end in just two weeks on September 4th. 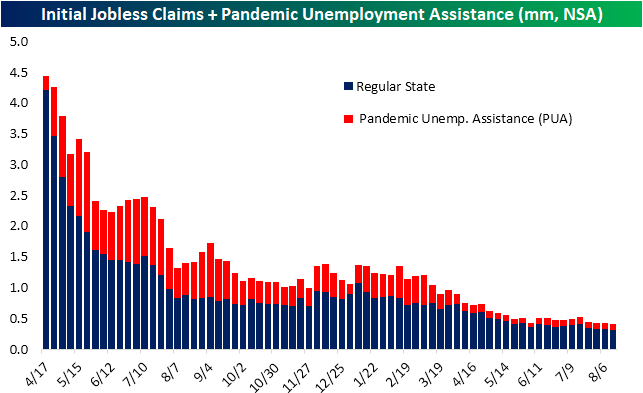 As for the decline in claims for unadjusted regular state programs, we would caution against reading too deep into the number on account of strong seasonal tailwinds.  As shown below, the current week of the year (33rd) is tied at second for the week of the year that most often sees claims decline.  As shown in the second chart below, there has only been one year, last year, in which claims were higher week over week in the 33rd week of the year. 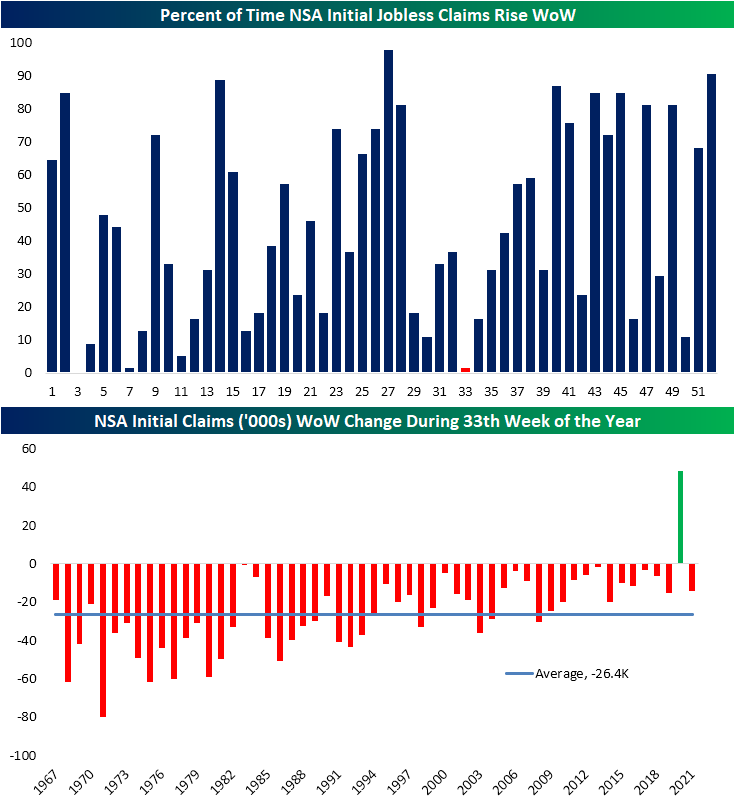 Seasonally adjusted continuing claims missed expectations by 20K this week, but at 2.82 million, this week’s reading still marked a third consecutive decline.  As such, claims are still at the lowest level of the pandemic and are closing in on coming within one million from the March 2020 levels. 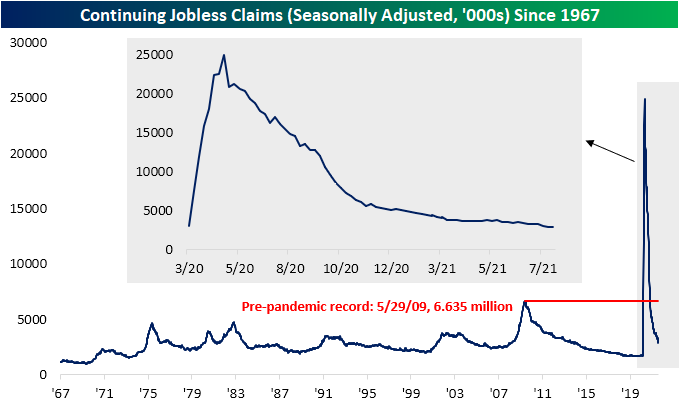 While the most recent reading on continuing claims was lower, purely looking at regular state claims does not show the full picture.  Including all other programs creates some additional lag meaning the most recent data is through the last week of July.  Through that week, total claims fell below 12 million for the first time of the pandemic, totaling 11.76 million.  Driving that decline were 79.9K and 66.08K declines in regular state and PEUC programs.  The biggest decline came from the extended benefits program, though.  That program saw claims get more than cut in half after a significant uptick the previous week.  Throughout the month of July, claim counts for the extended benefits program were particularly volatile.  They started off the month with a sub-100K reading of 98.4K, then rose all the way up to 343.5K, dropped to 239.6K, then rose again to 398.8K before falling back down to 177.9K in the week of July 30th.  Click here to view Bespoke’s premium membership options. 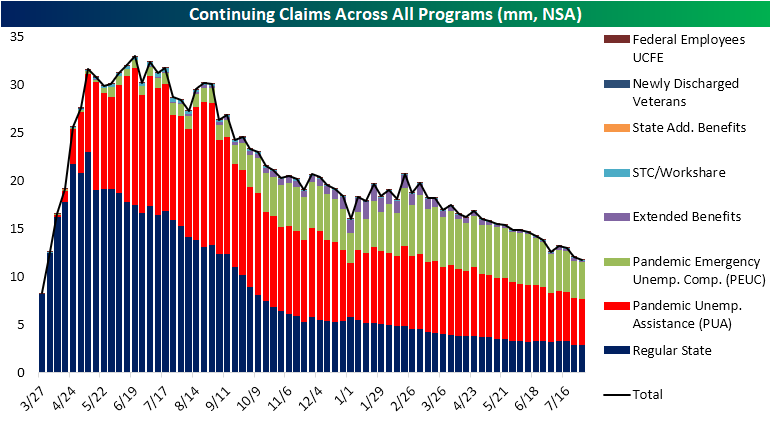 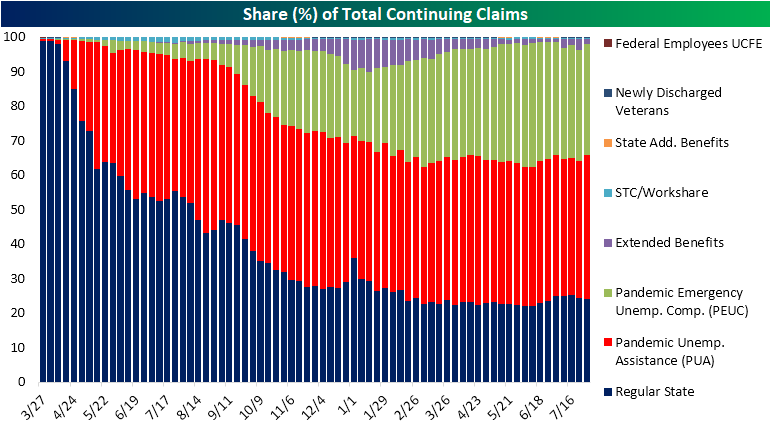