Jobless claims disappointed this week as both initial and continuing claims came in above expectations.  In addition to an upward revision of 55K to 848K last week, initial jobless claims were higher at 861K this week.  That brought claims to the highest level since the week of January 15th when they were 14K higher at 875K.  This week also marked the third week in a row without an improvement in jobless claims. 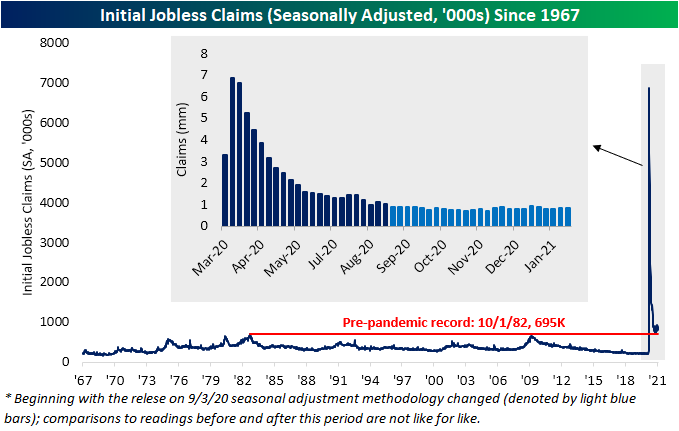 Although the seasonally adjusted number was higher, on an unadjusted basis claims were a bit better.  Only 862.4K claims were filed this week compared to 868.1K the prior week. We would note that seasonality is very much on the side of claims for the current week of the year though.  In the history of the data going back to 1967, there has only been one year, 1978, that the seventh week of the year has seen the unadjusted number move higher week over week. 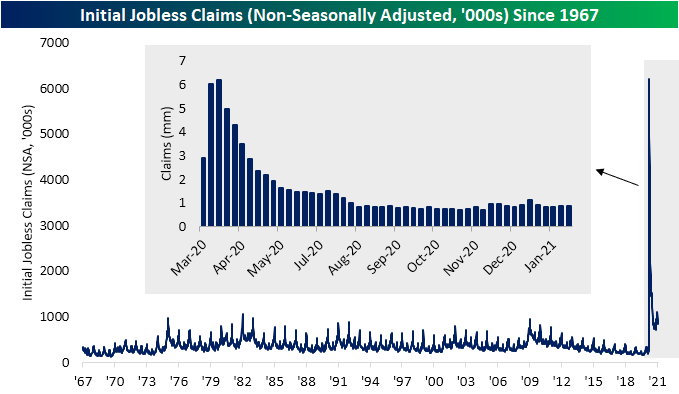 While unadjusted regular state claims were slightly better, factoring in Pandemic Unemployment Assistance (PUA) claims, the picture once again worsens.  PUA claims saw a significant increase of 174.43K from last week rising to 516.3K.  That is the highest level of PUA claims since the week of September 18th and the biggest one-week increase since mid-May.

On a state level, though, there are some added quirks.  Ohio was the single biggest contributor to that increase in PUA claims as the state reported 232,016 claims (or 44.9% of all national claims) compared to only 10,156 in the prior week.  That’s 2% of the state’s entire population  The next biggest contributor to PUA claims was California with only 38,052 claims.  Even for just regular state claims, Ohio has led the pack with the highest level of claims of any state second to only California.  Over the past two weeks, Ohio has reported regular state claims above 140K. That compares to an average for the state of 49.7K from March through the last week of January.  When looking at these numbers, we would urge some caution taking them purely at face value given news of large-scale fraudulent claims. 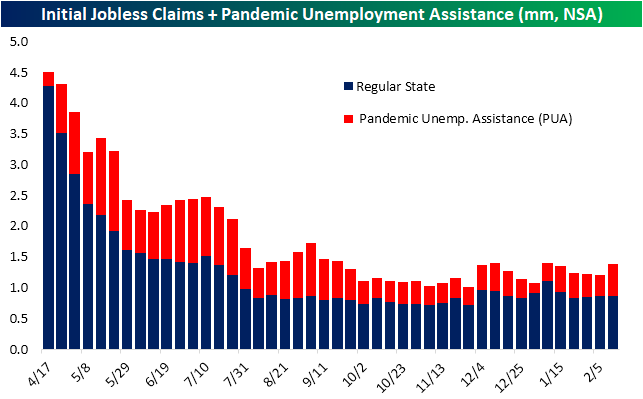 As for continuing claims, the same trends are still very much in place.  Seasonally adjusted continuing claims which are lagged one week to initial claims fell for a fifth consecutive week and made another low for the pandemic period. At 4.494 million in the first week of February, regular state continuing claims were at the lowest levels since March 20th. 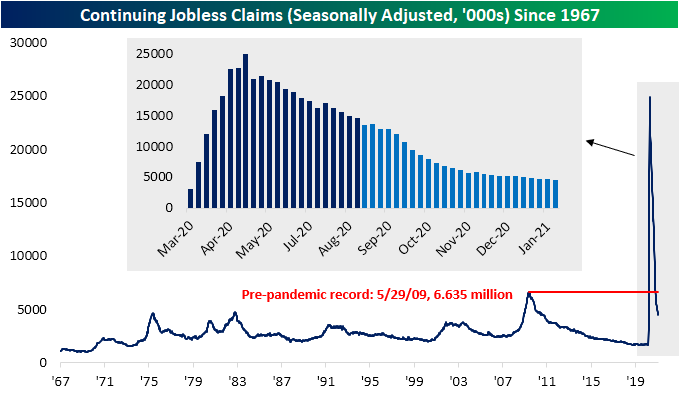 Factoring in other programs adds an additional weeks’ lag to continuing claims, and here too continuing claims improved.  Total claims across all programs fell from 19.7 million for the week of January 22nd to 18.376 million in the last week of January.  While sequentially better, total continuing claims have still hit a bit of a plateau for the time being.  Additionally, extension programs like Extended Benefits and Pandemic Emergency Unemployment Compensation (PEUC) saw some of their most significant declines since the start of the pandemic; to a degree reversing what has been a trend of a growing prevalence of these types of claims.  PEUC continuing claims fell by 718K on a week over week basis which was the second-largest drop behind the drop of over 1 million at the end of 2020 due to the expiration of benefits before being renewed shortly after.  For the Extended Benefits program, the 196.9K decline was the biggest single-week decline of the pandemic.Start a two-week free trial to Bespoke Institutional to access our interactive economic indicators monitor and much more. 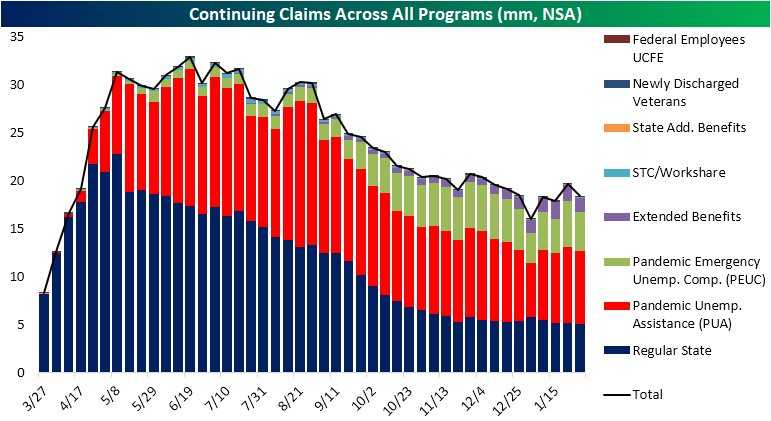 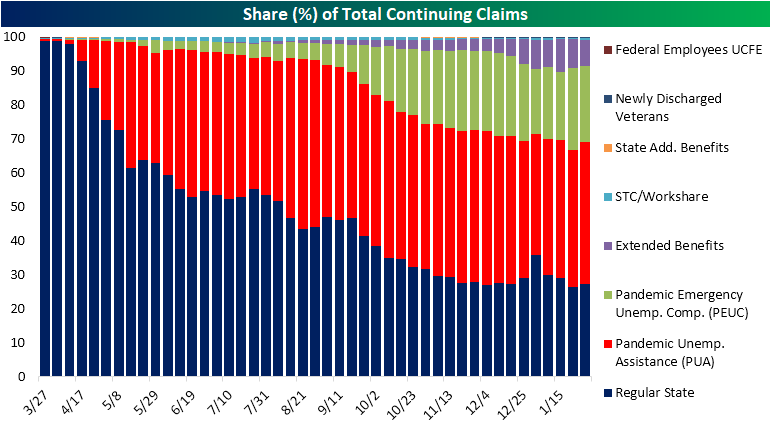