This morning’s release of the New York Fed’s February manufacturing report handily topped expectations. Whereas the report was expected to see the headline number rise from 3.5 in January to 6, instead, it more than doubled those forecasts coming in at 12.1. That is the first m/m increase in the headline index since September and also brings the index to the highest level since July. Although the past few months have been consistent with decelerating activity, February did mark an eighth consecutive month of growth for the region’s overall manufacturing sector. 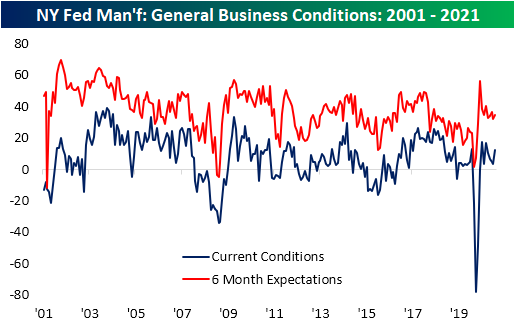 Although the index for General Business Conditions has finally risen and now sits at multi-month highs, it is still in the middle of its historical range. On the other hand, there are several categories in the top deciles of their historical readings as every category showed growth in February. In the case of the indices for Unfilled Orders and Inventories, these positive readings were the first since March of last year.  The only index that was lower in February was for Shipments which fell 3.3 points to 4.  The indices for expectations six months from now were similarly strong as there were only two indices (Shipments and Number of Employees) that were lower month over month. 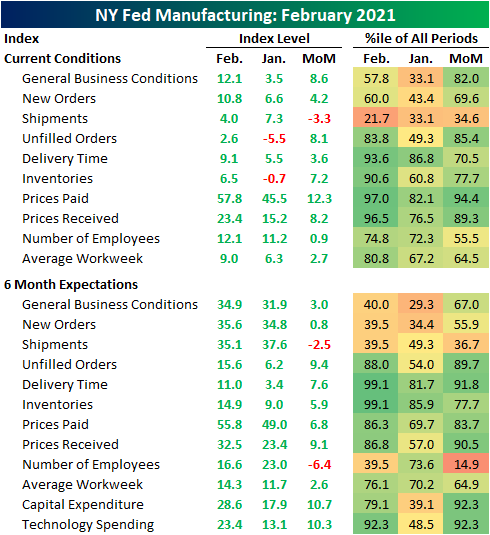 Overall order growth accelerated in February. The New Orders Index rose 4.2 points to 10.8 which is the highest level since October.  Given the further growth in New Orders, Unfilled Orders also grew.  As previously mentioned, this month’s 8.1 point month over month increase led to the first positive reading in this index in 10 months. Despite the growth in demand, Shipments experienced some deceleration albeit they are still growing.  The index was also the only one in the report to fall month over month. Its 3.3 point drop leaves it in the bottom quartile of historical readings. Part of the reason for the slowdown in shipments could be supply-chain related given manufacturers in the region reported longer lead times as evident through the higher reading in the Delivery Time index.  Rising 3.6 points to 9.1 in February, the index is at the highest level since August of 2018.  The index for expectations six months out was even higher in the top 1% of all monthly readings as it reached 11- the highest level in three years. 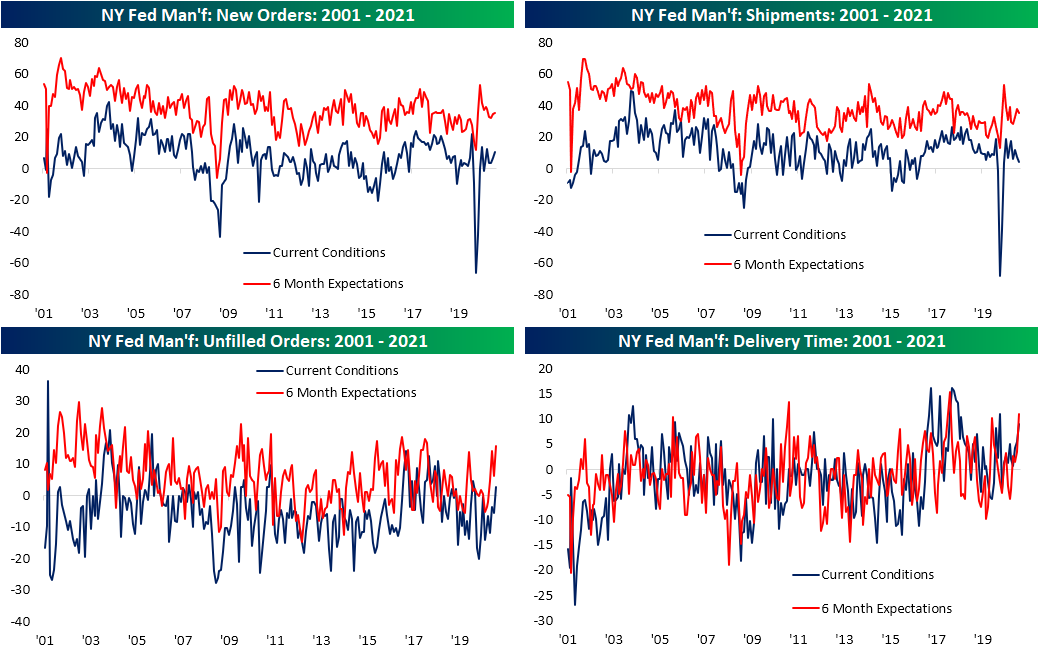 Not only are products taking longer to reach their destination but manufacturers are also paying more for them.  The index for Prices Paid rose to the top 3% of all readings reaching the highest level since May 2011.  Those higher prices appear to be getting passed along to customers as well with the index for Prices Received also rising to the highest level since May 2011. 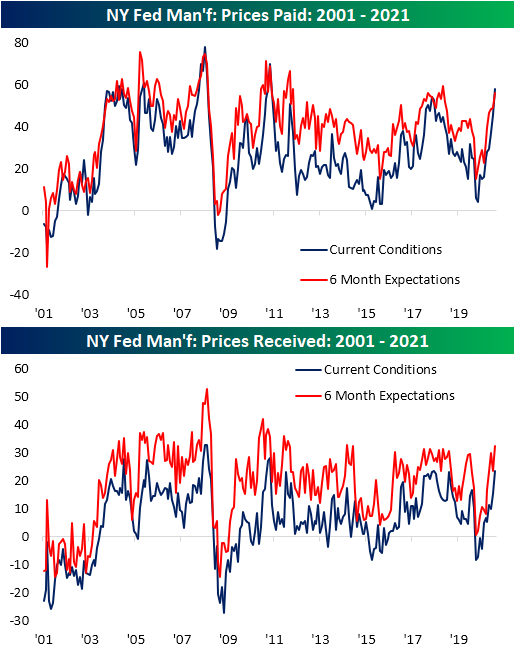 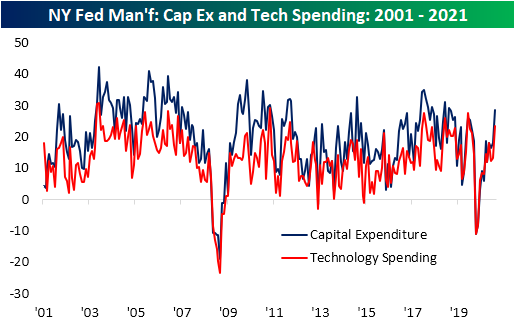