The New York Fed put out the first regional reading on manufacturing this morning with a big upside surprise.  The Empire State Manufacturing Survey jumped from 19.8 to 30.9 in November versus a much smaller expected increase to only 22. As shown below, November’s level is indicative of a historically healthy growth rate for Northeast manufacturing and acceleration relative to October.  While growth picked up in November, it remains in the middle of the range of readings from the past several months. 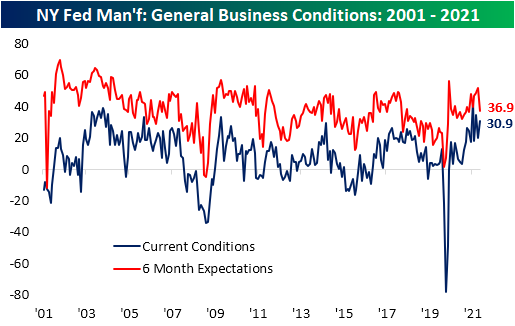 Although it was generally a strong report, one striking element was massive declines in optimism, specifically regarding the six-month expectation indices of General Business Conditions (red line above), New Orders, and Shipments. The month-over-month drop in each of those indices ranks in the bottom 5% of all monthly moves. While that may sound scary, the readings were pretty much outliers relative to the rest of the report. Current condition indices and most other expectations indices remain strong with the vast majority sitting in the upper decile of their historical range; a couple (Prices Received and Number of Employees) even hit record highs. 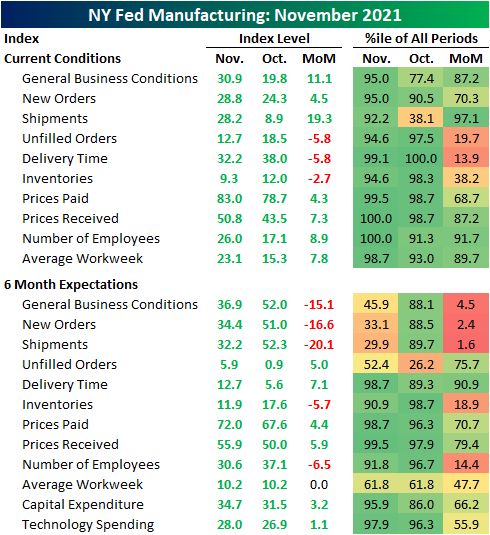 Current conditions for demand were historically strong and improving in November with New Orders rising 4.5 points to 28.8 while Shipments saw a huge 19.3 point leap to 28.2. That move brought the index from the 38th percentile all the way up to the 92nd. In spite of those improvements, responding firms took a sharply negative turn with regard to outlook.  Like the headline index, expectations for new orders, and shipments took sharp turns lower in spite of the improvements in current conditions.  The last time that all three of those indices experienced as large of declines simultaneously was back in March 2018. Back then, the catalyst for the big hit to sentiment was a rollercoaster of headlines regarding the trade war with China. 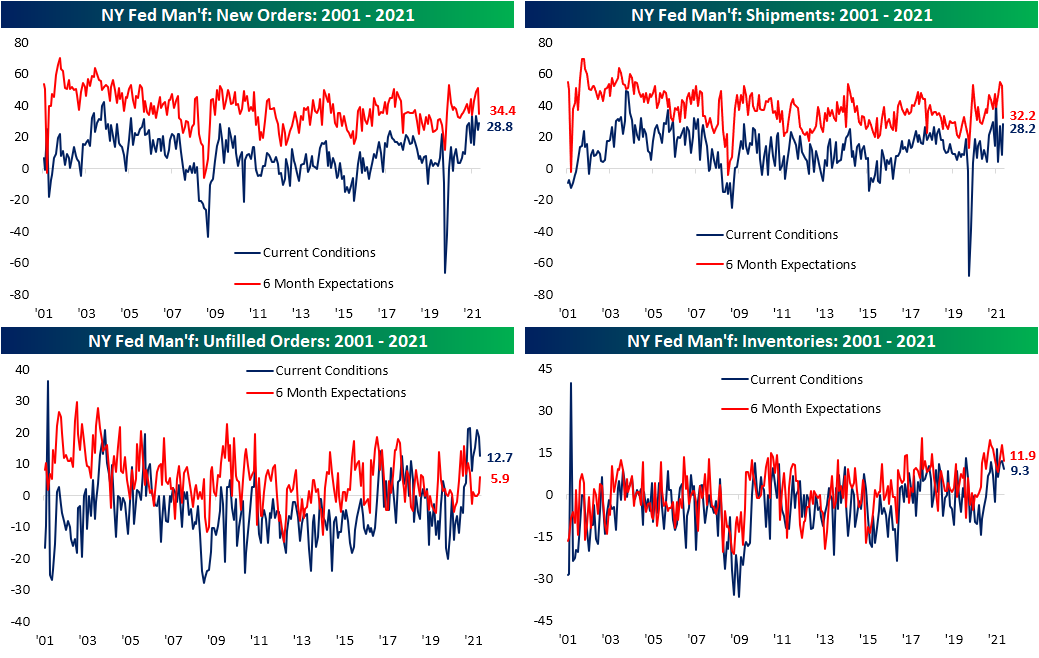 Supply chains remain strained as evident from the extremely elevated reading on Delivery Times. That being said, the index did pivot lower off of a record high in November.  That improvement was likely a factor in the big increase in current conditions for shipments.  Again though, the outlook is less optimistic with Delivery Time expectations surging back up to one of the highest readings on record.  As with current conditions, that could be a part of the reason expectations for shipments coincidentally plummeted. 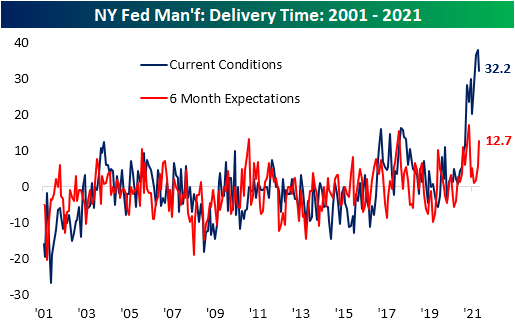 Given longer lead times, prices resumed their rise this month.  Prices Paid came in only a half point below May’s record high while expectations rose to the fourth highest reading on record; the highest since July 2008.  Prices Received, meanwhile, set a new record high for current conditions and expectations came in at the second-highest level on record behind July’s level. 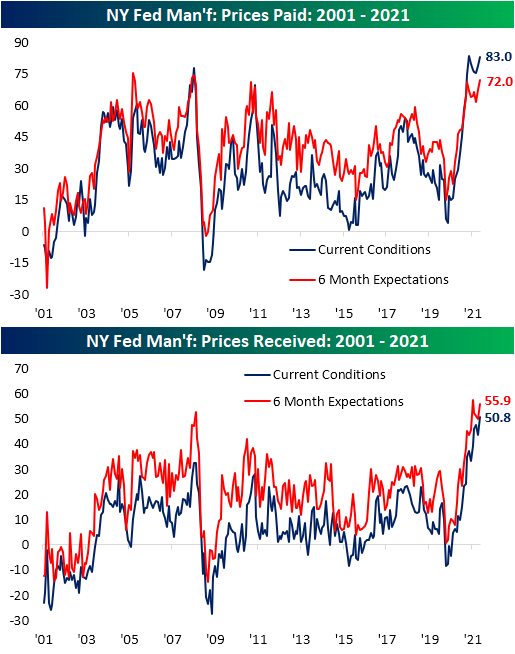 Another part of the survey that saw big opposing moves in current conditions and expectations concerned employment. Six-month expectations for Number of Employees fell to a new short-term low of 30.6 as the current conditions index set a new record high. Average Workweek also increased and is now slightly below the September high. 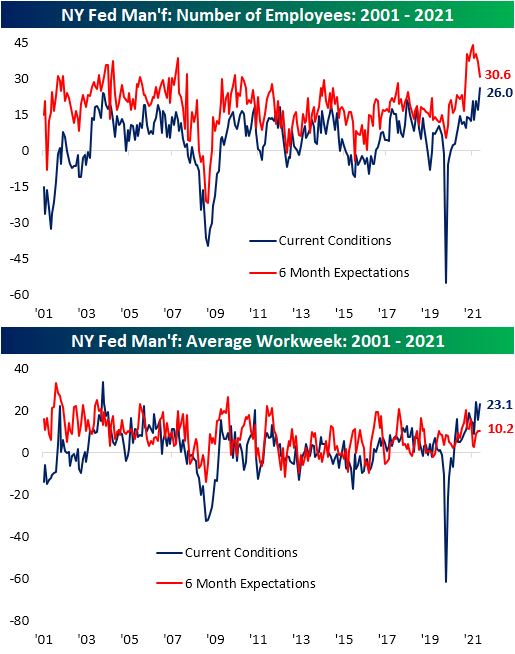 While expectations for hiring people may have been on the decline, companies appear to be offsetting that with an increase to other spending.  As shown below, both CapEx and Tech Spending were higher this month with the former notching the strongest reading since January 2018. Before that, it was over a decade ago that Capital Expenditures was as elevated as it was this month. Click here to view Bespoke’s premium membership options. 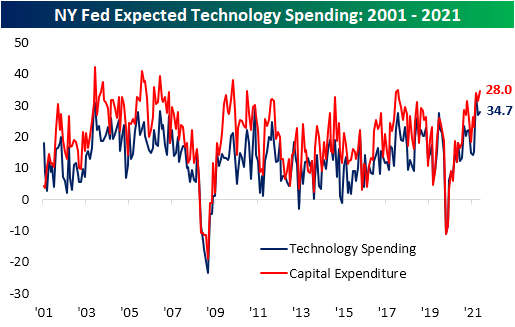