The first initial jobless claims release of August was a welcome surprise ahead of tomorrow’s Nonfarm Payrolls report.  Seasonally adjusted claims came in at 1.186 million which was the lowest level since the start of the pandemic albeit still indicating over 1 million people filed a jobless claim for the first time.  That has now been the case for 20 straight weeks. That was a 249K drop from last week as well which was the largest week over week decline for initial claims since the first week of June. 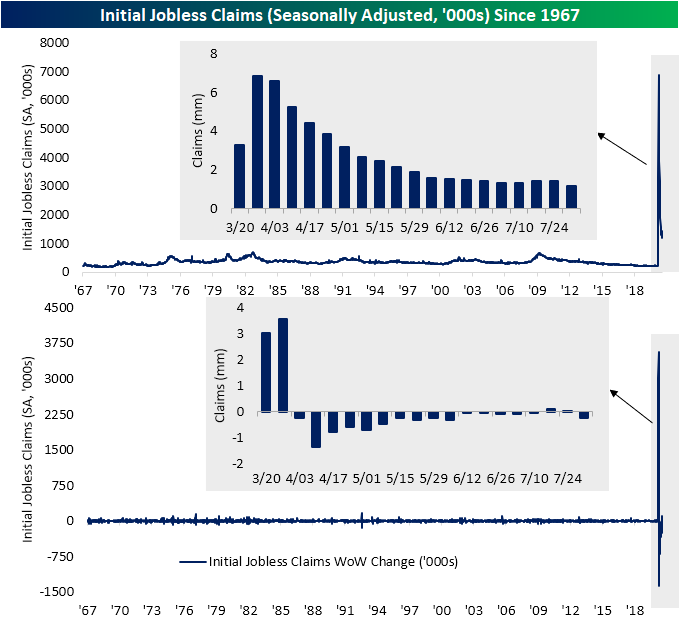 On a non-seasonally adjusted basis, it was an even more welcome reading as claims were actually below 1 million for the first time since mid-March.  The 222K drop from last week down to 984K also marked yet another acceleration in the WoW declines as well (169.9K drop last week and 135.9K decline the prior week). As we have noted in recent weeks, seasonality is likely in part a factor for the stronger NSA numbers as claims have had a tendency to fall during the summer months (July through September), but fewer people filing for claims is a good sign regardless. 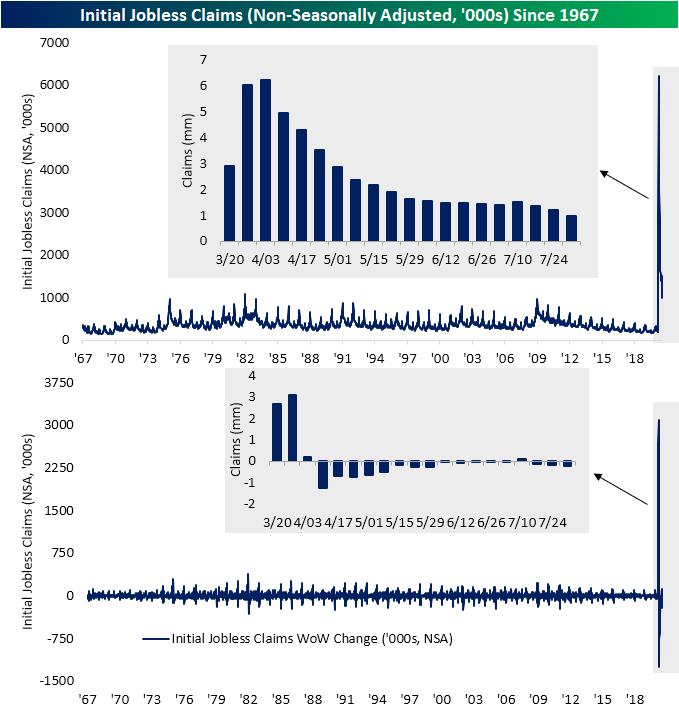 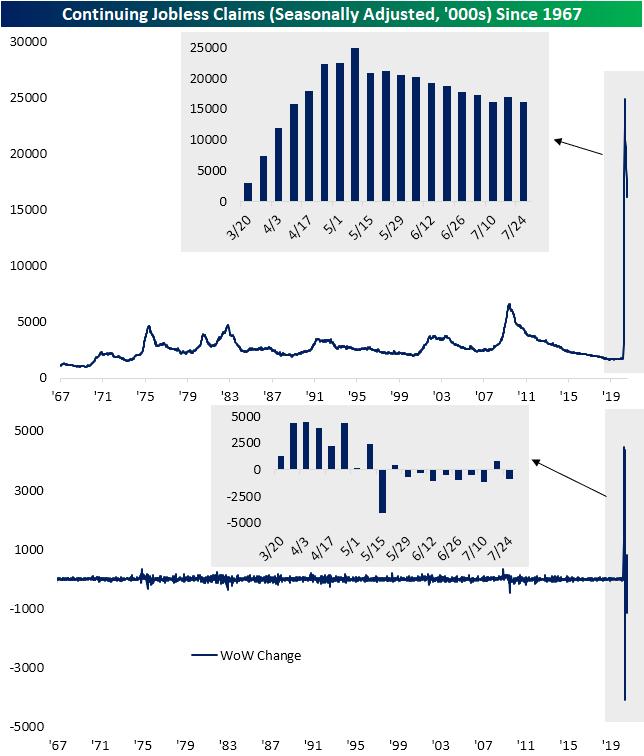 Whereas in recent weeks the addition of Pandemic Unemployment Assitance claims have made the overall picture look better or worse, this week the story matches up with the headline number.  The number of PUA claims filed fell by more than a quarter WoW coming in at 655.7K.  That is the lowest amount since tracking first began back in mid-April.  While they are lagged an additional week and likely will not echo that improvement for another couple of weeks, continuing claims including PUA claims continued to hover around 30 million for the most recent week of data (the week of July 17th).  All in all, seasonality aside, it was a very strong week for jobless claims. Click here to view Bespoke’s premium membership options for our best research available. 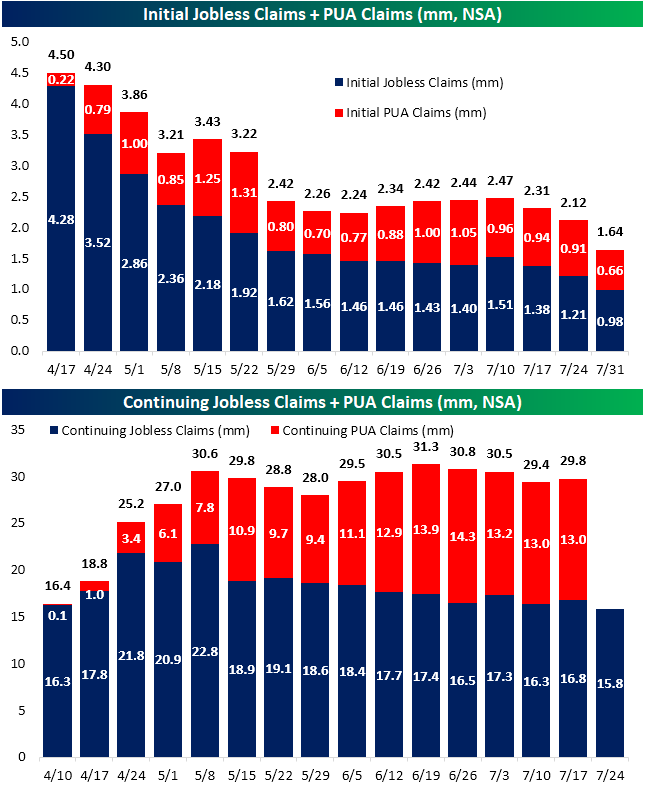