For the first time in four weeks, seasonally adjusted jobless claims came in higher with claims ticking up to 353K. Additionally, last week’s reading was also revised 1K higher to 349K.  Albeit higher, this week’s print does remain at the low end of the range since the pandemic began and is less than 100K away from the March 13, 2020 level of 256K (the last print before claims rose into the millions). 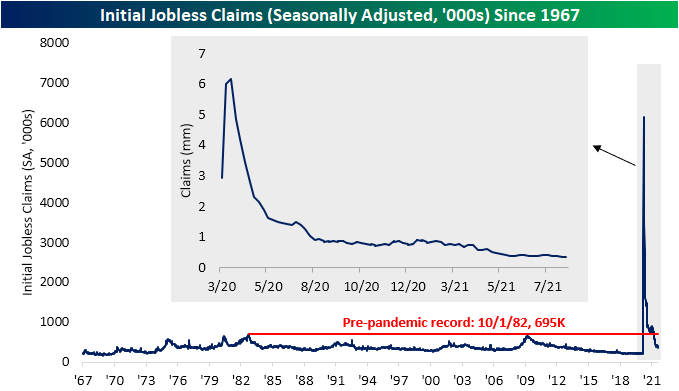 It continues to be a point in the year that regular state claims have the benefit of seasonal tailwinds. The current week of the year has historically only seen claims rise week over week 16.7% of the time on a non-seasonally adjusted basis. This week, claims fell by 11.7K resulting in the first sub-300K print of the pandemic. While regular state claims were lower, PUA claims rose for a fourth week in a row even with the program’s expiration (September 5th) rapidly approaching.  This week’s 9.63K increase was the largest of the past few weeks bringing PUA claims up to 117.71K.  That is the highest level since the week of April 23rd. 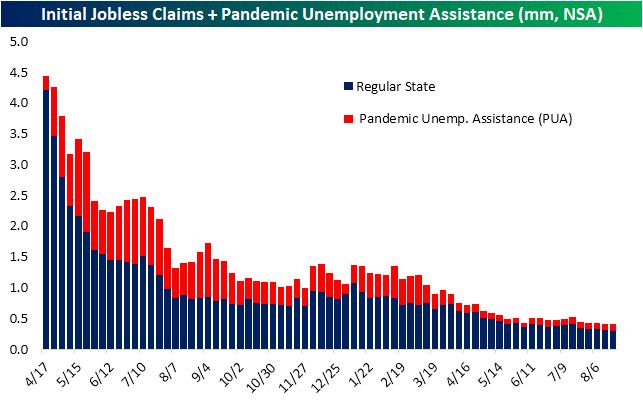 Seasonally adjusted continuing claims were also disappointing this week. Last week’s print was revised higher by 45K to 2.865 million, and while this week’s number was lower at 2.862 million, it was worse than expectations for a decline to 2.72 million. Thanks to that higher revision, claims have now fallen for three weeks in a row and are once again at pandemic lows. 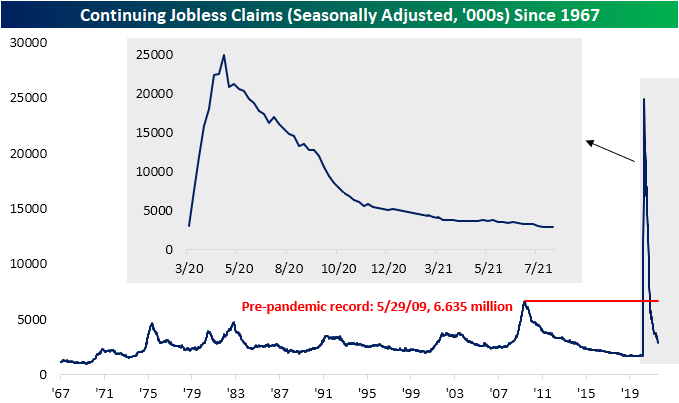 Including all other programs adds another week of delay so the most recent read on continuing claims across all programs is through the week of August 6th.  Total claims rose to 12.02 million that week versus 11.84 million in the final week of July. Two of the largest programs, regular state and Pandemic Emergency Unemployment Compensation (PEUC), saw significantly lower claim counts that were offset by increases in PUA and extended benefit claims.  PUA claims rose back above 5 million due to a 104.71K increase erasing most of the decline from the second half of July.  Extended benefits remain particularly volatile, and this week saw another big move with claims rising 173.5K. At 351.4K, this program is at one of the highest levels since April.  While there are still several weeks until the data would catch up, through those most recent readings there are 8.8 million slated to lose benefits with the September 5th expiration for pandemic programs. Click here to view Bespoke’s premium membership options. 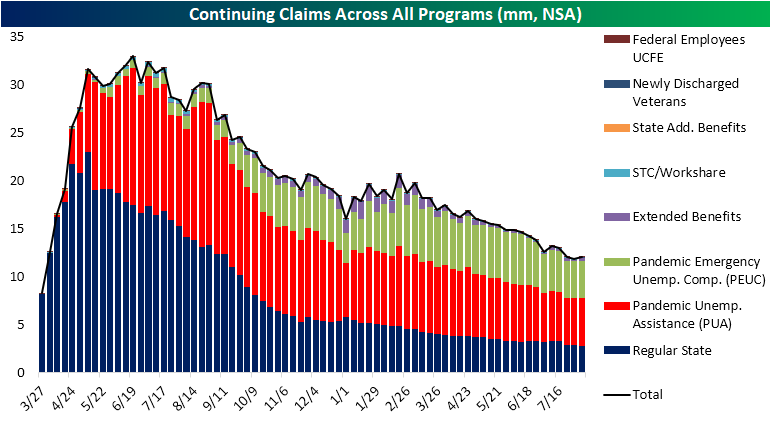 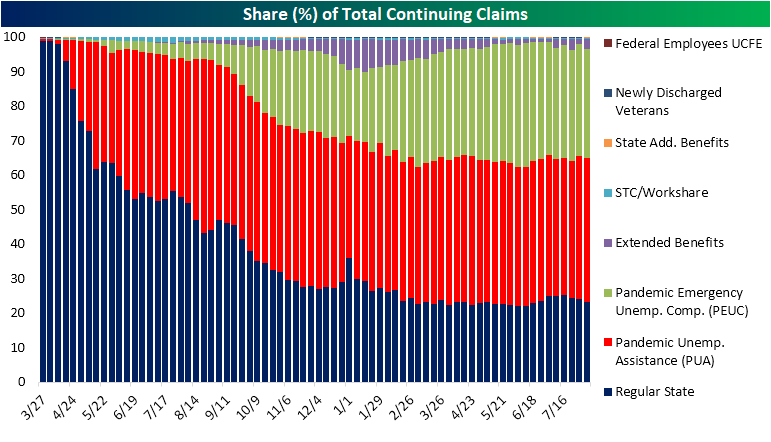