NSA Claims Back Below March 2020 Levels

Both initial and continuing jobless claims once again came in below expectations and at new pandemic lows this week. Seasonally adjusted initial claims fell to 281K this week, exceeding expectations by 7K and a 10K drop from last week’s 1K upwardly revised reading. Claims are now only 25K above the level from the week of March 13, 2020; the last week before claims began to print in the millions. 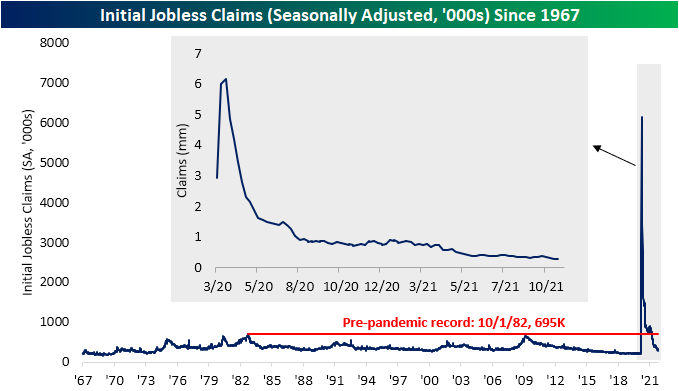 From a seasonal perspective, the fourth quarter and the current week of the year typically see jobless claims move higher having done so 85% of the time historically since 1967. This week went against those seasonal trends as the unadjusted number fell from 257.2K to 245.5K.  While the seasonally adjusted reading is still above, that is actually below the March 13, 2020 reading. In other words, claims are essentially back to where they were just before the pandemic.  That is also the case considering PUA claims are basically negligible around 2.5K for a second week in a row as support for the program has ended. 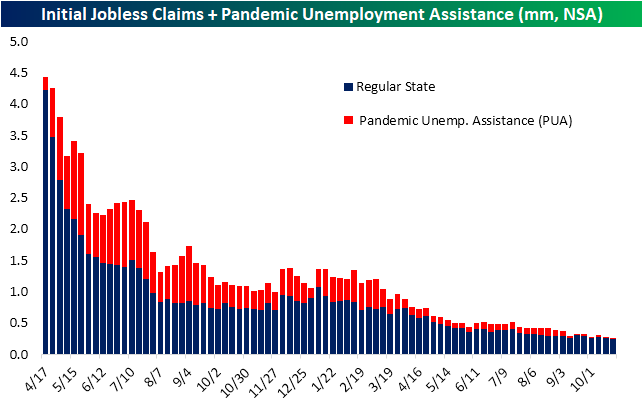 Continuing claims also set a pandemic low coming in at 2.243 million versus expectations of a decline to 2.42 million. That 237K decline week over week was the largest since the week of July 23rd and the fifth week in a row in which continuing claims were lower. 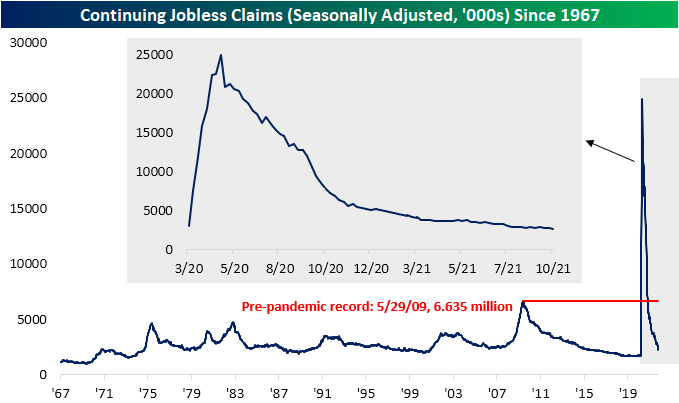 Including all programs delays the data through the week of October 8th for the most recent reading. Total claims across all programs fell to 2.84 million that week as the unwind of pandemic era programs continue alongside the declines in regular state programs.  PUA and PEUC programs once again were the biggest decliners falling by almost 250K and 87K, respectively. In total since the official end of these programs in early September, these two programs have seen claims fall by 8.78 million. Through the week of October 8th, PUA, PEUC, and Extended Benefits programs only accounted for 632K claims combined which are likely to continue to decline in the near future.  Click here to view Bespoke’s premium membership options. 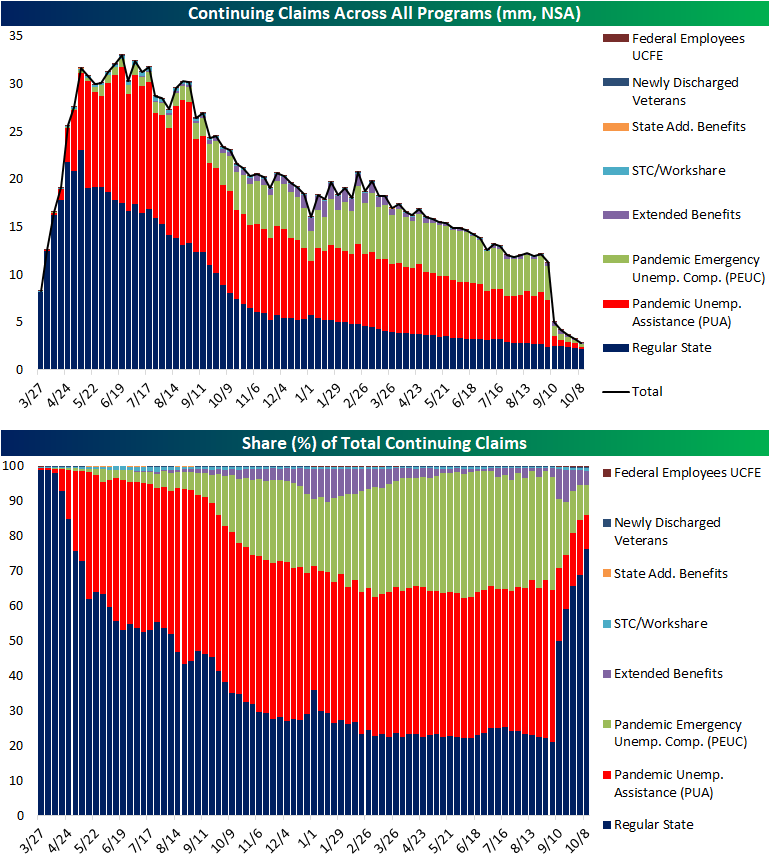