Not Your Typical Tuesday. Or Is It? 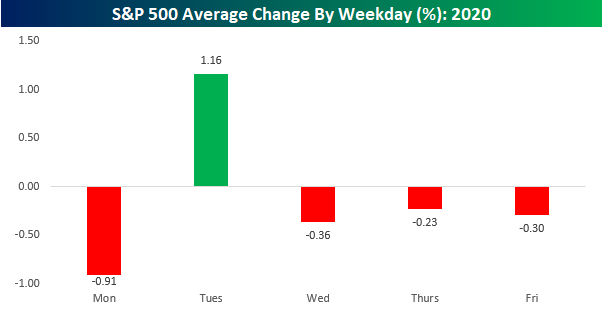 While average returns for Tuesday relative to other weekdays have been stellar, it doesn’t tell the whole story.  The table below shows the S&P 500’s daily returns so far in 2020. Looking at the individual occurrences, Tuesdays have actually been up days less than half of the time. If it wasn’t for three strong Tuesdays in the month of March, returns for the second trading day of the week wouldn’t be nearly as positive. 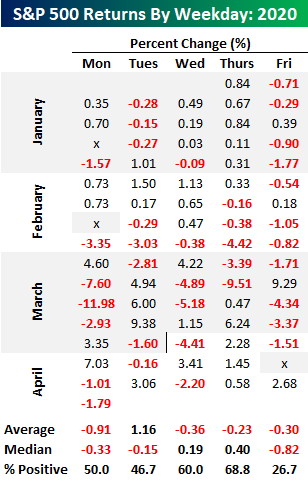 Looking at median returns instead of averages shows how Tuesdays haven’t been nearly as strong as they seem.  Looked at this way, Tuesday’s median decline of 0.15% ranks right in the middle of the pack behind gains for Thursday and Wednesday but well ahead of the 0.33% decline for Mondays and the 0.82% decline on “Corona Fridays”.  Outside of a couple of outliers, Fridays have not been a good day for equities this year.  Start a two-week free trial to Bespoke Institutional to access our full range of research and interactive tools. 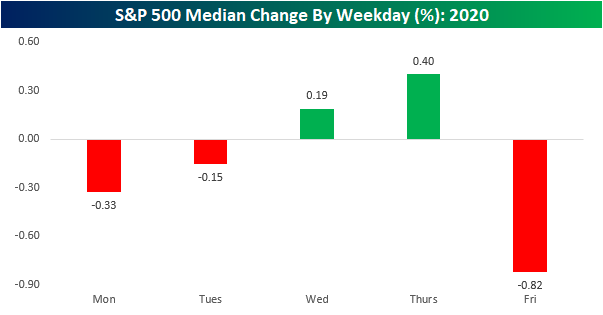