Not Pessimistic But Not Optimistic Either

The S&P 500 has made a quick recovery in the past week closing within a few basis points of a new 52-week high yesterday.  In spite of that improvement to price, sentiment has yet to fully buy-in.  The American Association of Individual Investors weekly sentiment survey only saw a modest improvement to the percentage of respondents reporting as bullish.  Just under 30% of respondents reported bullish sentiment versus a level of 26.7% last week.  That snapped a streak of back-to-back-to-back declines but still leaves bullish sentiment 4.1 points below where it was only two weeks ago. 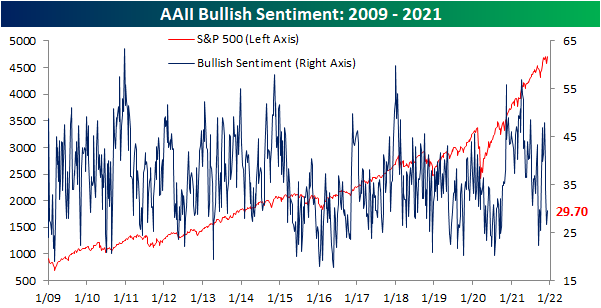 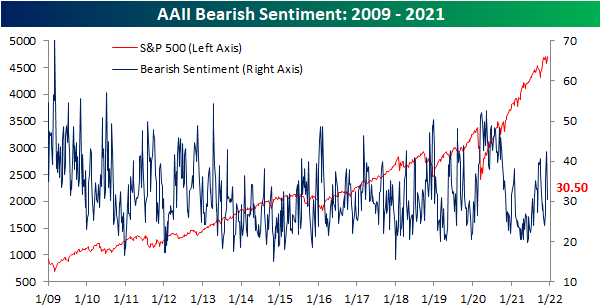 In spite of bearish sentiment’s big reversal lower, the bull-bear spread remains negative, albeit not by much. 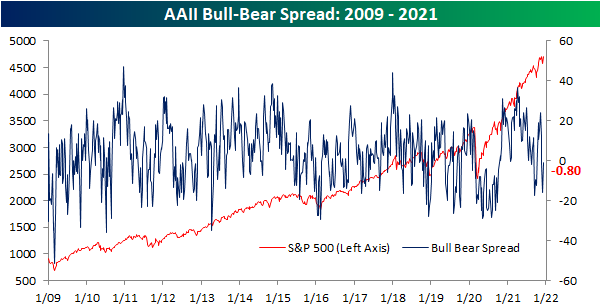 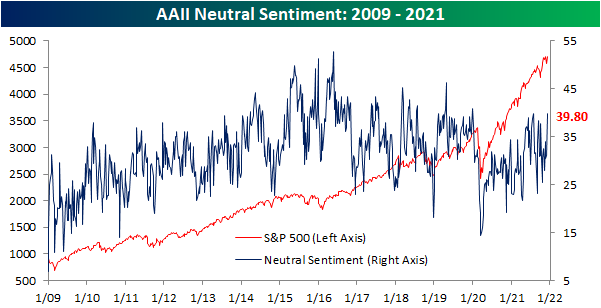 While the AAII numbers showed a big reversal in bearish sentiment, other sentiment indicators took more pessimistic tones this week. The NAAIM Exposure Index collapsed further to the lowest level since mid-October while the Investors Intelligence survey saw the biggest one-week drop in bullish sentiment since October 2019 to the weakest reading since early April 2020. Bearish sentiment, meanwhile, saw the largest one-week uptick since June 2012. As a result of the combined moves across these indicators, our sentiment composite has continued to plummet and is now in negative territory and at the weakest level since late September/early October. Click here to view Bespoke’s premium membership options. 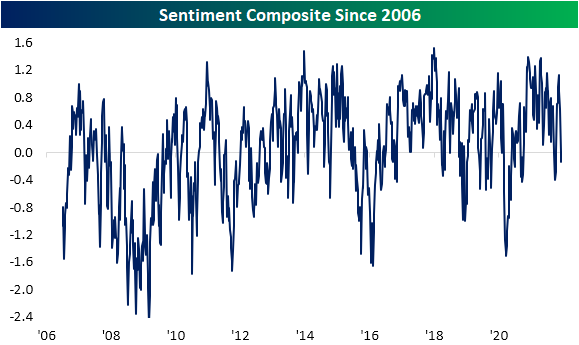