Not Even Triple Plays Are Safe

Since the beginning of 2020, one-day stock price reactions to earnings reports have been generally on the weak side. Despite gaps up at the open on both an average and median basis, stocks have faced selling from open to close to finish down 7 bps on average (median: 9 bps). That comes even though EPS and sales beat rates have remained fairly strong with both healthily above their long term averages as shown in the charts from our Earnings Explorer below. 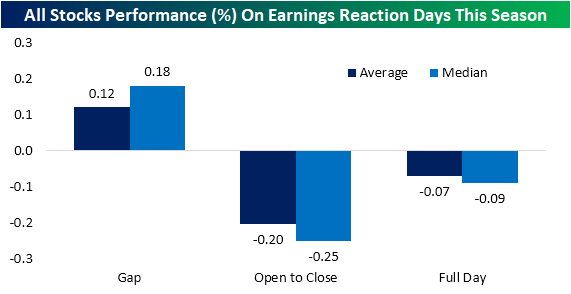 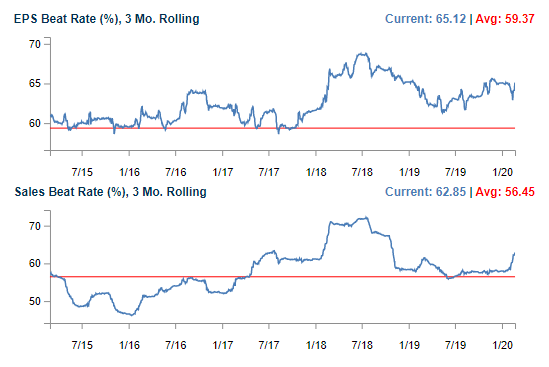 Although stocks broadly have been weak in reaction to earnings, stocks that have reported triple plays have seen stronger stock price reactions. A triple play is when a company beats EPS and sales estimates in addition to raising guidance. Of the 77 triple plays that have reported so far in 2020, the average gap up has been strong at +6.49%. Although there is some selling intraday, these stocks have finished up 5.71% on average by the end of the day after earnings. 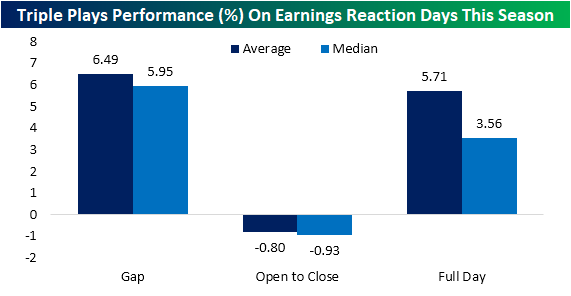 While this has generally been the case this year, as headwinds from the coronavirus have ramped up in the past week, the dynamic of triple plays’ stronger response to earnings has fallen apart.  On Friday, we noted that broader market selling had led the five triple plays of that day to turn sharply lower intraday despite solid gaps higher at the open. That has continued, if not worsened, this week.  While intraday performance is a bit better than Friday, the gaps down of this week’s triple plays has been worse.  In fact, of the six triple plays out since Monday only Cracker Barrel (CBRL) gapped up.  On average, these six have fallen over 5% at the open in response to earnings with further selling on an average and median basis from open to close. In other words, selling the past few days has been pretty indiscriminate as even the positive catalyst of strong earnings have not been enough to pull in buyers. 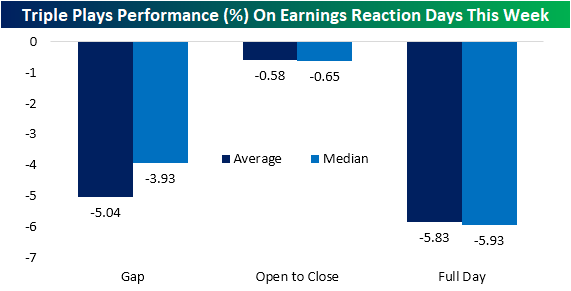 In the charts below, we show six-month price charts of the stocks that have reported triple plays this week. As shown, most have gapped lower the day after earnings and have been met with further selling intraday with the exceptions of Kaman (KAMN) and National Storage Affiliates (NSA).  In the cases of Guardant Health (GH), KAMN, and Sapiens (SPNS), uptrend lines or recent support have also been broken. On the other hand, the charts of Cracker Barrel (CBRL), Everquote (EVER), and National Storage Affiliates (NSA) are looking a bit more constructive despite the single day weakness on earnings.  Start a two-week free trial to Bespoke Institutional to access our interactive Earnings Explorer, 100 Most Recent Triple Plays, and much more. 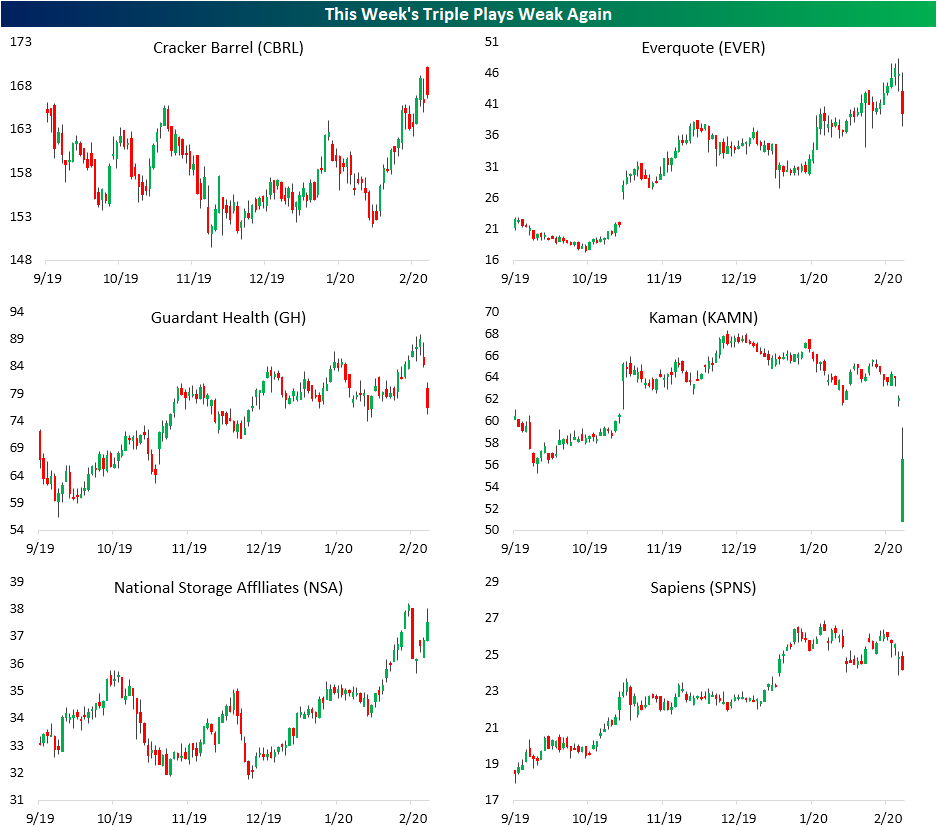