No Worse Year for Sentiment

The past few weeks had been uneventful when it comes to the AAII’s weekly reading on investor sentiment.  As we noted last week, the three-week range that bullish sentiment occupied had reached a record low hovering between 24.3% and 24.7%.  In the latest release, sentiment finally moved but not in the most promising direction.  Bullish sentiment dropped 4 percentage points down to 20.3% this week to make for the lowest reading since the end of September. 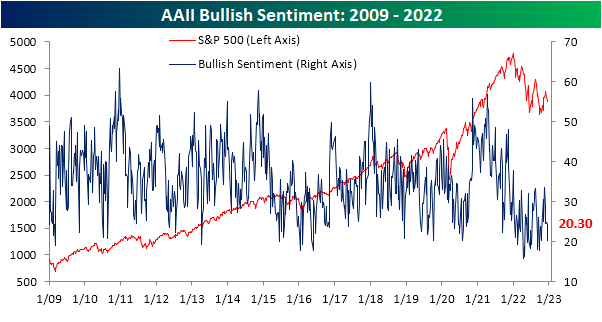 With a decline in neutral sentiment as well, all of the increase went to bears with that reading rising to the highest level and back above 50% for the first time since late October. 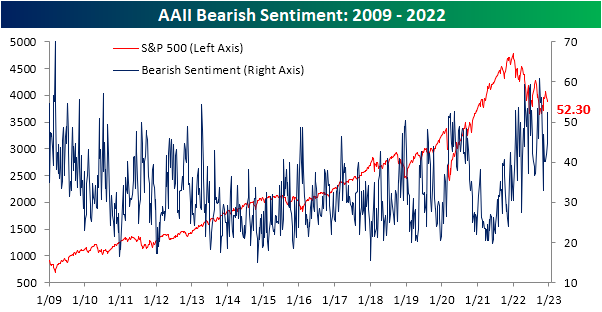 As a result of the large inverse moves of the two sentiment readings, the bull-bear spread shows a dramatic tilt towards an even more pessimistic bias with bears outnumbering bulls by 32 percentage points.  That is the widest spread since the week of October 20th and lower than most of the past decade’s range. 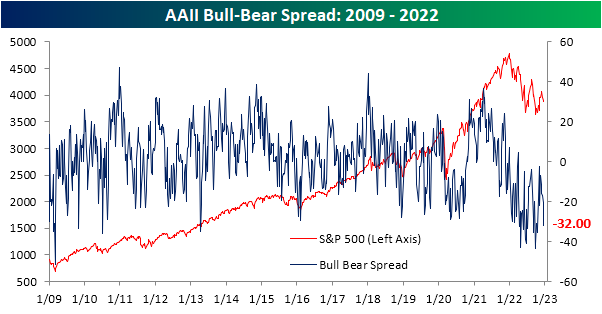 With yet another week of bears outnumbering bulls, the record streak of negative readings in the bull-bear spread has grown to 38 weeks long; a full month longer than the previous record ending in October 2020.  Historically, investor sentiment has acted as a contrarian indicator meaning low readings on optimism have typically been followed by stronger returns for the S&P 500.  This time around, sentiment and prices have given each other little reason to turn around. 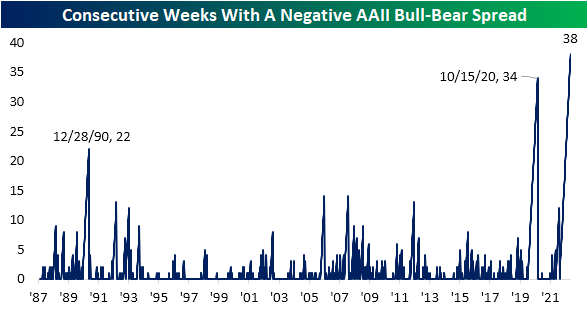 In an earlier post, we noted how there has not even been a single week this year in which bullish sentiment has been above the historical average of 37.6%. Taking another look at just how depressed sentiment has been, the average bullish sentiment reading in 2022 has been less than 25%.  The only years that had come close to such a low reading were 1988 (27.29%) and 1990 (27.08%).  Playing into that low average has been the fact that there have been a record 30 weeks this year with bullish sentiment coming in below 25%.  Meanwhile, bearish sentiment has averaged 46.17% this year, slightly above the previous record of 45.2% in 2008.  With bearish sentiment tipping back above 50% once again this week, there have now been 17 weeks with such an elevated reading, tying the record from 2008 with one week to go.  Click here to learn more about Bespoke’s premium stock market research service. 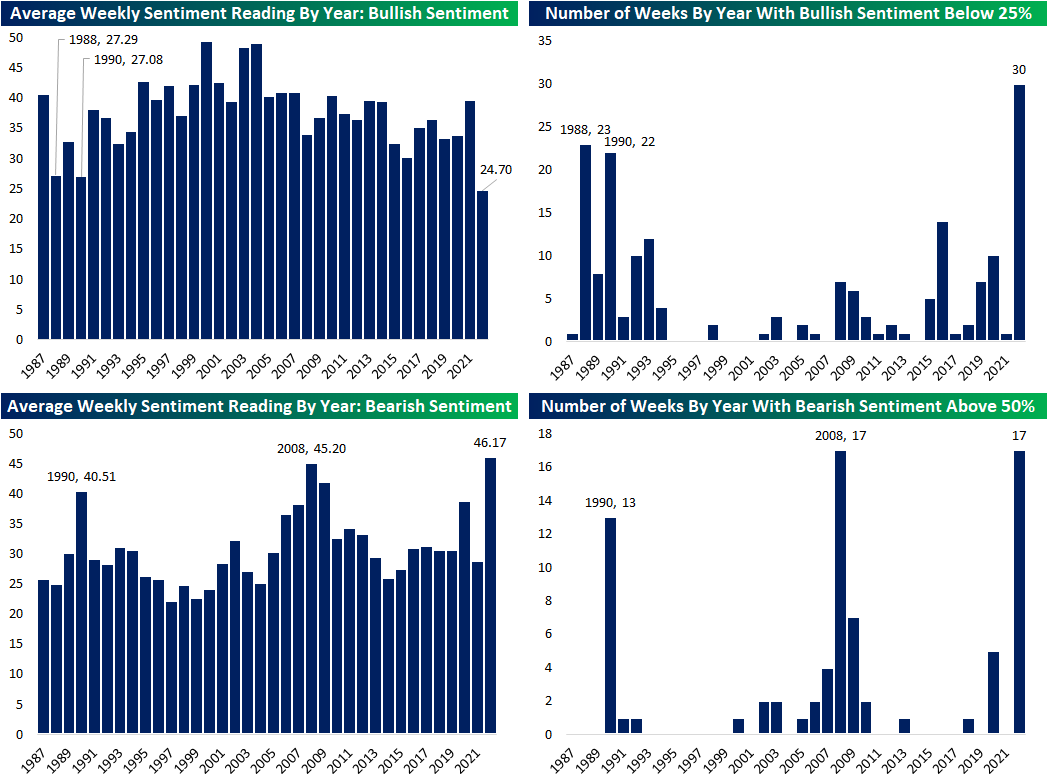