No Quitters in These SOX

With the Philadelphia Semiconductor Index (SOX) up over 50% on the year, there’s more than a bit of skepticism on the part of analysts as to whether the group can keep up the momentum heading into 2020.  From early November to the first days of December, those concerns were reflected in the performance of the SOX as it dropped close to 6% and underperformed the broader market by a wide margin.  In the last several days, though, the group has seen a strong rebound.  Last week, the index broke its downtrend, and now in just the last couple of days, the SOX bounced right off of support at its intraday downtrend. 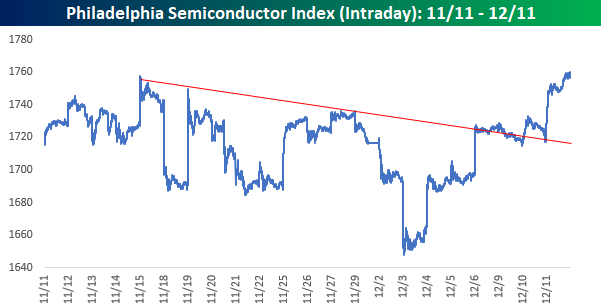 Impressively, the rebound in the SOX actually propelled the index to a slight new all-time high yesterday. As mentioned above, the rally of the last two days came as the sector bounced right at support from its intraday trendline, but the impetus for the entire rally off the early December lows also coincided with an important support level.  As shown in the one-year chart below, in that decline from the November peak, the sellers dried up just as the SOX touched its 50-day moving average (DMA), and once that held, the buyers came rushing in.  Start a two-week free trial to Bespoke Institutional to access our 2020 Outlook Report, interactive tools, and much more. 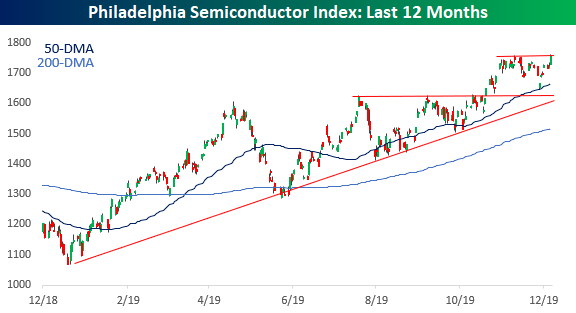