While financial markets have suffered major turmoil in 2020, at least commercial paper markets are open. Short-term debt issued by non-financial companies, banks, and securitizations of other assets in aggregate sits at about 2.5% of the level it recorded to end last year. Asset-backed issuance is up, while other categories are down, but the broad trend is for little change. This indicates that short-term funding markets may have been disrupted, but they’re still providing plenty of capital to borrowers. Fed programs to support money markets generally and commercial paper specifically have helped as well. 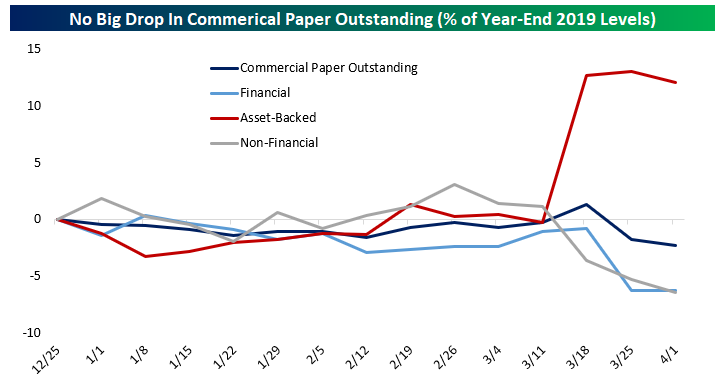 Compare the relative stability of commercial paper issuance year-to-date with the period of the global financial crisis between 2007 and 2009. As shown in the chart, asset-back commercial paper issuance peaked in 2007 and was falling sharply by Q4 of that year. Other categories were also in significant decline by late 2008 and that continued into 2009.  Start a two-week free trial to one of Bespoke’s three premium memberships to see our best and most actionable market analysis. 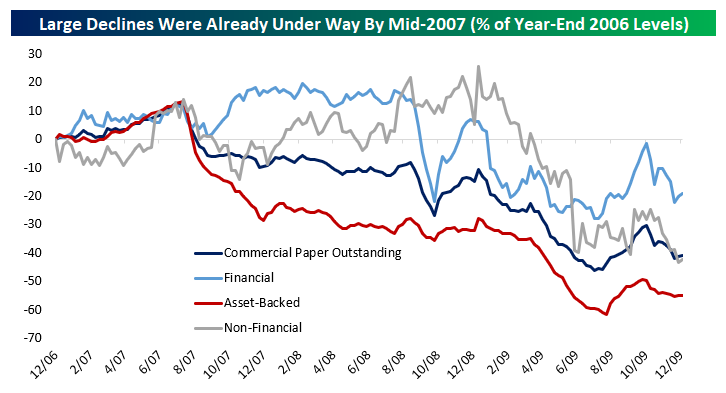