After reporting stronger than expected earnings last night after the close, Nike (NKE) is set to open at a new all-time high this morning.  As highlighted in a post yesterday and shown in the chart below, the stock has been bumping up against resistance at the $90/share mark for all of 2019, but that resistance will be broken when the opening bell rings this morning based on where shares are trading in the pre-market. 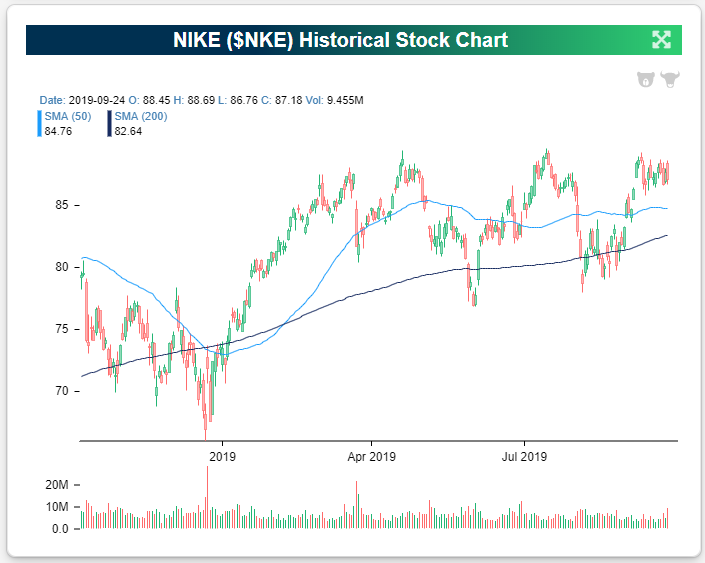 The stock is currently up 5% in pre-market trading, which would be the 14th time NKE has opened higher by 5%+ on earnings since 2001.  Below is a snapshot of the prior thirteen 5%+ gaps higher for NKE on earnings pulled from our popular Earnings Explorer tool.  Notably, when these gaps higher have occurred, the stock has typically continued higher from the open to the close of trading as well.  As shown in the “Open to Close” column, NKE has traded up from the open to the close after its initial 5%+ gap higher 9 out of 13 times for an average open to close gain of 1.25%.  Start a two-week free trial to Bespoke Institutional to access our interactive Earnings Explorer and much more.