Nike (NKE) Laces Up for Earnings

Prior to the last week or so, Nike (NKE) shares had been pushing to all-time highs on a near-daily basis.  Heading into its earnings report after the close today, NKE has pulled back a bit but remains in a strong uptrend channel that formed off of its March COVID Crash lows. 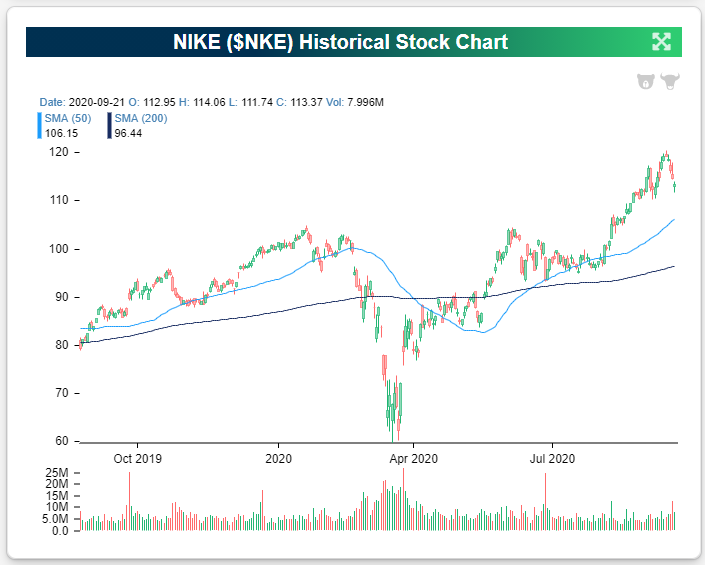 While Nike’s share price is in a strong uptrend, the same can’t be said for the company’s quarterly sales.  As was the case with most Consumer Discretionary companies, Nike has seen sales plummet during the COVID lockdowns.  When Nike last released earnings back in June, it reported quarterly sales that were down nearly 40% year-over-year.  NKE also missed sales estimates by nearly a billion dollars with actual sales of $6.31 billion versus consensus estimates of $7.26 billion. 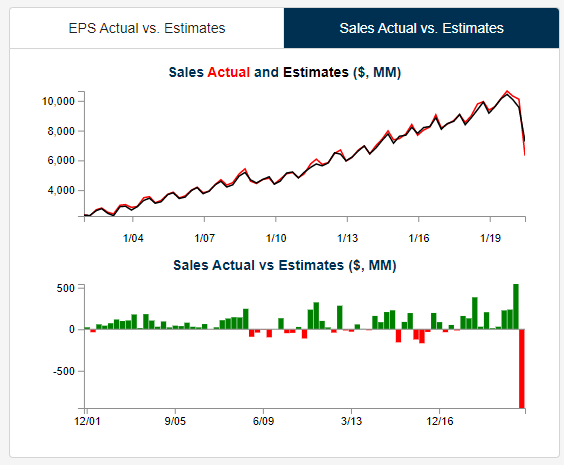 All of the snapshots in this post come from the interactive section of our website, which Bespoke Premium and Bespoke Institutional members have access to.  Below is a snapshot of our earnings gauges for Nike from our Earnings Explorer tool.  NKE has historically beaten consensus EPS estimates 89% of the time since 2001, while it has topped sales estimates 73% of the time.  In terms of share price reaction to earnings, NKE has historically responded positively to its quarterly report 63% of the time.  Our proprietary Bespoke Earnings Score compares how NKE’s share price performs when it beats and misses estimates compared to the average company, and in that regard, NKE leans slightly bullish. 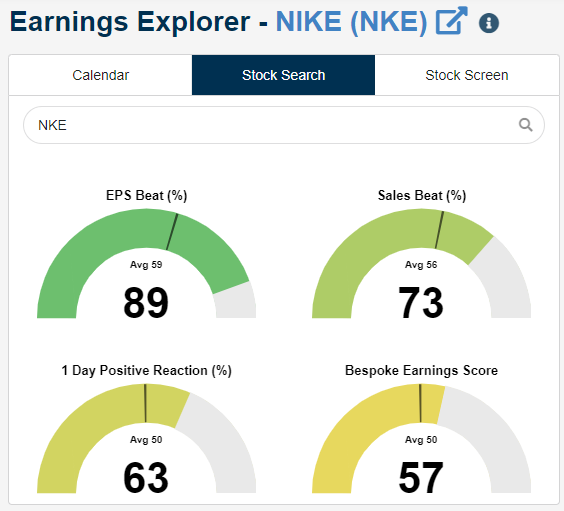 Below is a further breakdown of Nike earnings from our Earnings Explorer tool  You’ll see that this quarter, consensus analyst estimates are looking for earnings per share of 42 cents and sales of $8.97 billion.  If NKE manages to hit its sales estimate, it will still be down more than $1.6 billion versus the same quarter last year.

In terms of earnings seasonality, Nike’s Q3 report has actually been the most bullish for the stock of any quarter.  As shown in the Quarterly Earnings Summary section below, NKE has exceeded EPS estimates 100% of the time on its Q3 report, and it has beaten sales estimates 83% of the time.  NKE has averaged a one-day gain of 3.82% in reaction to its Q3 earnings report with positive returns 72% of the time, which is the most bullish of any quarter.

Finally, we’d note that recent quarters have seen NKE shares sell-off during intraday trading hours after its initial gap higher or lower at the open.  When a company reports earnings either after hours or in the pre-market, shares immediately react either positively or negatively in after-hours trading.  This after-hours move causes the stock to either “gap up” or “gap down” at the open of trading.  Most of a stock’s official one-day move on earnings happens at the open, but we also track how stocks perform during regular trading hours (9:30 AM ET to 4 PM ET) after they report earnings.  In regards to NKE, you’ll see in the third table below that the stock has actually traded lower from the open to the close of trading following its last seven quarterly earnings reports.  Start using our Earnings Explorer for the stocks you care about most with a two-week free trial to Bespoke Institutional today! 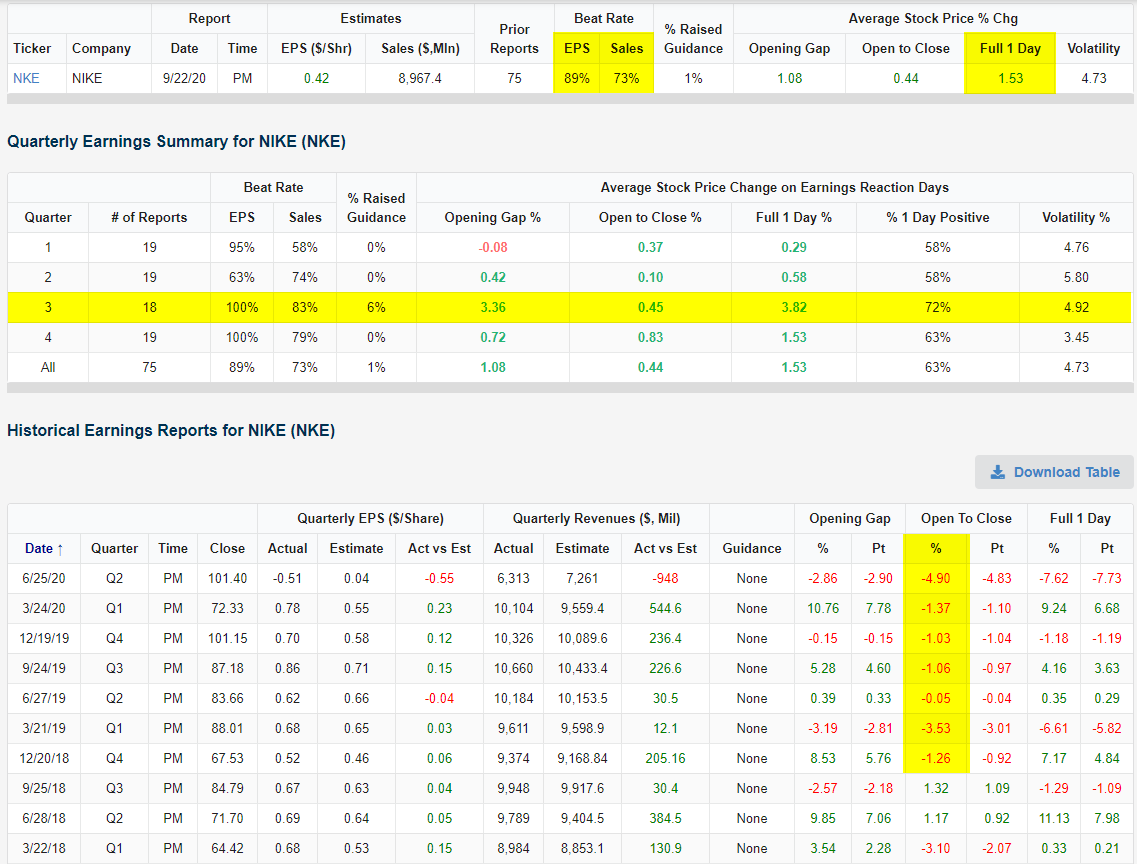