In an earlier post, we detailed how AAII’s weekly sentiment survey has shown respondents have become increasingly polarized taking bullish and bearish stances.  Another sentiment survey of newsletter writers from Investors Intelligence, on the other hand, leans more distinctively bearish.  This survey’s reading on bullish sentiment fell to 41.7% in the latest week which is the lowest reading since January of last year. Granted, at that time bullish sentiment reached much lower levels bottoming at 29.9%. 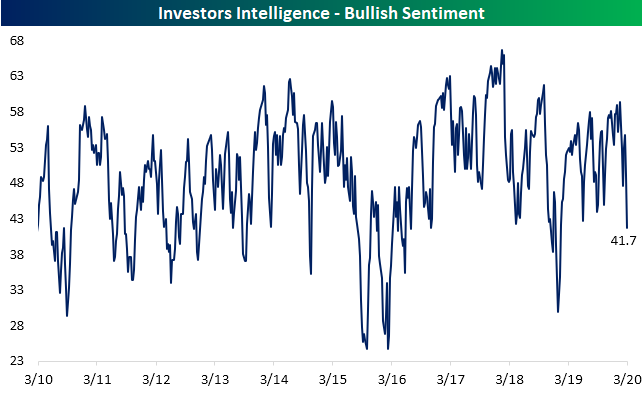 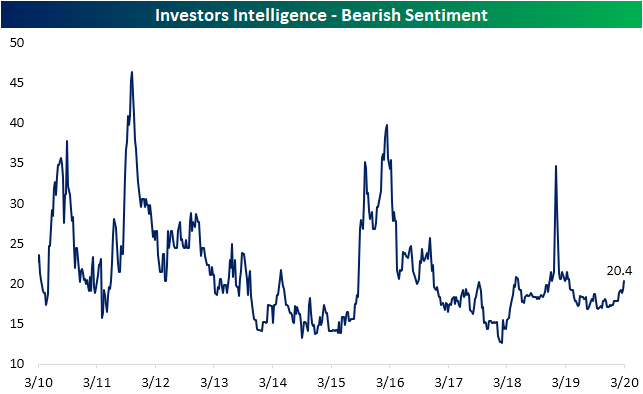 While the Investors Intelligence survey does not have a reading on neutral sentiment like AAII does, it does survey respondents for those “looking for a correction”.  With the S&P 500 having fallen 12.76% from the February 19th closing high to Friday’s closing low, price action has met the definition of a correction and as such the number of respondents reporting that they are looking for a correction has surged to 37.9%.  That is the highest reading since June of last year when it reached 38.8% and in the 93rd percentile of the past decade’s readings.  Overall, bearish sentiment has generally taken over now which is positive from a contrarian’s position, but as recently as the past year, there is a precedent of it being even higher. Start a two-week free trial to Bespoke Institutional to access our interactive economic indicators monitor and much more. 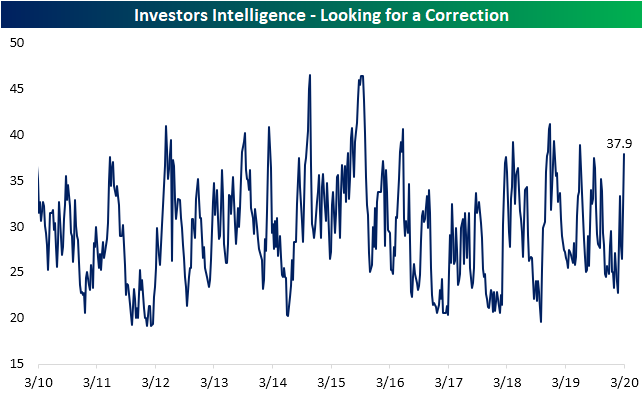