Yesterday, the S&P 500 closed at its highest level since only a few days after the early September high. While the index has yet to reach a new high, many individual stocks in the index have.  As shown in the charts below, 11.71% of S&P 500 stocks closed at a new 52-week high yesterday while no stocks closed at a new 52-week low. That makes for the second-highest net new highs reading of the pandemic with the only higher reading (17.62%) occurring just over a month ago at the last all-time high on September 2nd. Before that, the last time net new highs were as high as now was on February 19th: the last all-time high before the bear market began.

As for the individual sectors, there has also been a significant pickup in the net percentage of new 52-week highs. Industrials currently has the highest reading of net new highs among the 11 sectors at 26%. Just like the broader S&P 500, that is the highest since September 2nd when the net percentage of new highs rose above 30%. Consumer Discretionary is the runner up in being the sector with the highest percentage of net new highs. One distinguishing factor, though, is whereas every other sector has seen higher readings at some point since the bear market in the spring, Consumer Discretionary’s current reading of 18% is tied with the reading from August 24th. On the other end of the spectrum, both Communication Services and the Energy sector have seen no new highs over the past few days. Granted, there have not been any new 52-week lows either. Meanwhile, Financials and Real Estate have both seen an uptick in net new highs, but it has been much more modest than other sectors.  Click here to view Bespoke’s premium membership options for our best research available. 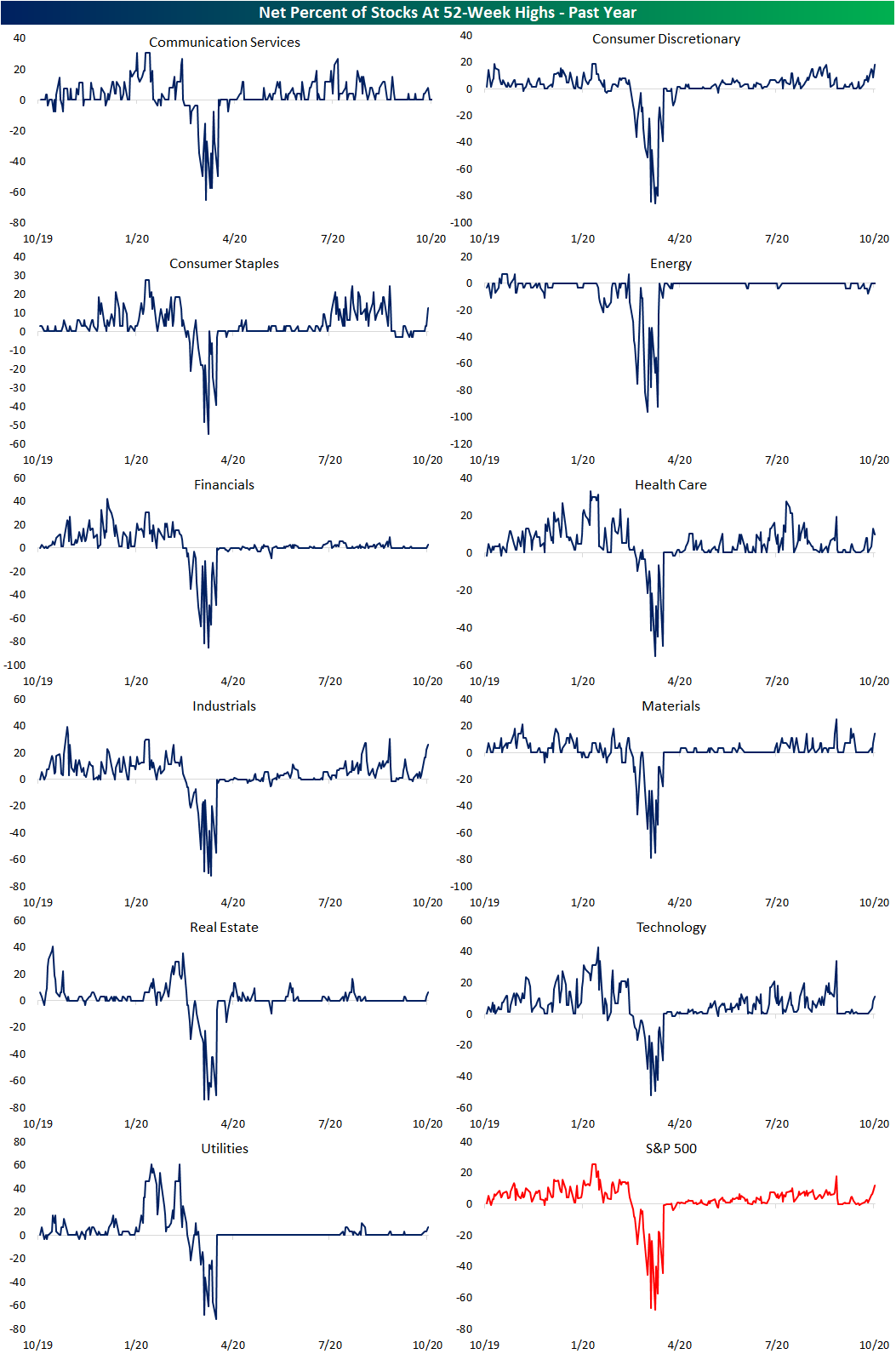