Last week, a record number of Americans filed for unemployment as initial jobless claims surged to 3.283 million. That number was revised higher to 3.307 million this week setting an even higher bar for a new record. Despite that, this week’s print doubled last week’s record number as jobless claims came in at 6.648 million. Put another way, that is roughly 2% of the entire US population filing for unemployment this week alone! Not only did this week’s release double last week’s record print, but it was also above the most aggressive forecasts of 6.5 million. With claims having risen this much, any historical precedent has been utterly blown out of the water. The past few weeks are multiples larger than even past recessions’ peaks. Additionally, the size of the week over week changes have also been much larger than anything previously observed in the history of the data. 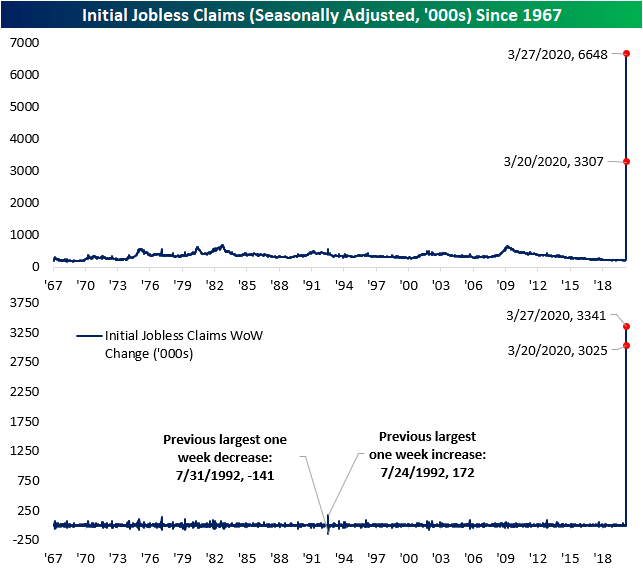 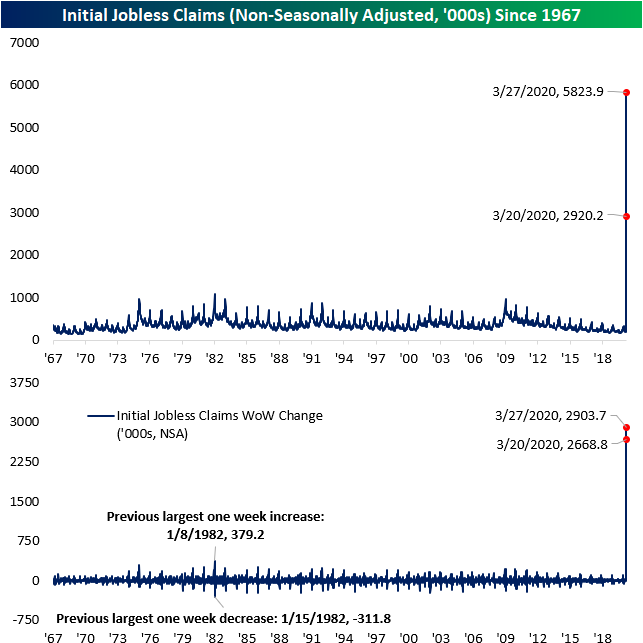 Normally, the four-week moving average would help to smooth out any week to week fluctuations of this data. But seeing as the current situation is far from normal, there is not much smoothing happening. Even the moving average has ripped higher by more than any other period in history. Start a two-week free trial to Bespoke Institutional to access our interactive economic indicators monitor and much more. 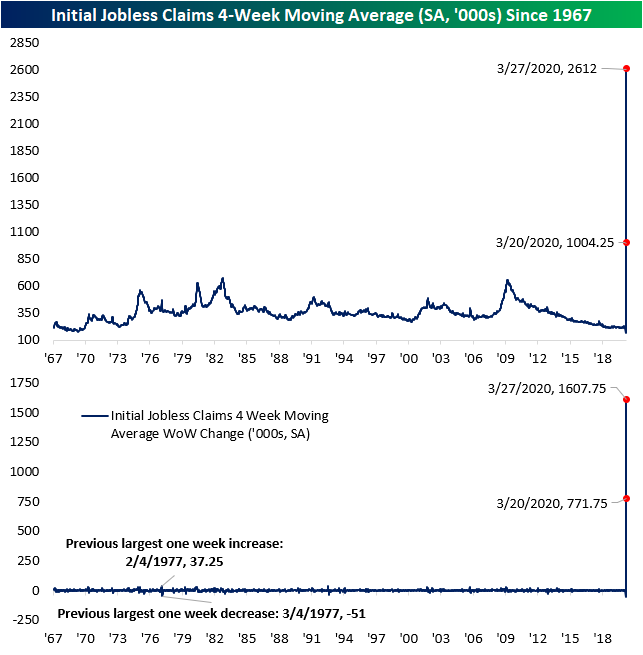