Jobless claims were slightly weaker in the most recent data released this morning.  Expectations were calling for a drop to 260K, but instead claims only fell to 268K from last week’s 2K upwardly revised reading of 269K.  Given that revision, claims have now fallen for seven weeks in a row with new lows for the pandemic. Initial claims are also now only 12K above the pre-pandemic reading of 256K from March 13, 2020; the last week before claims began to print in the millions. 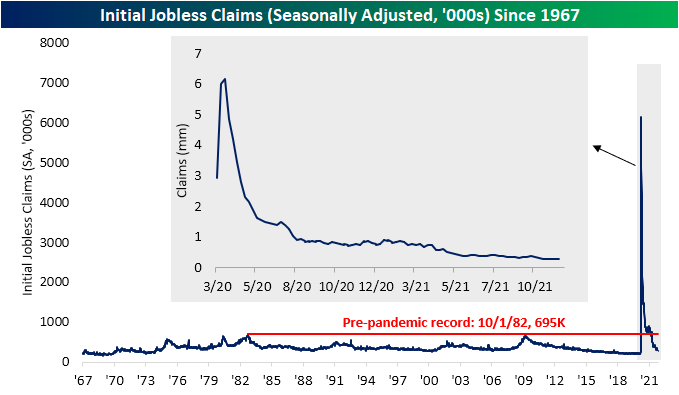 On a non-seasonally adjusted basis, that pre-pandemic low was finally taken out this week.  Unadjusted claims totaled 238.9K from 257K last week.  That is the lowest level since the first week of March 2020 when claims were a hair below 200K. With the program’s expiration now even further in the rearview, PUA claims continue to have a minimal impact of only 1,390. 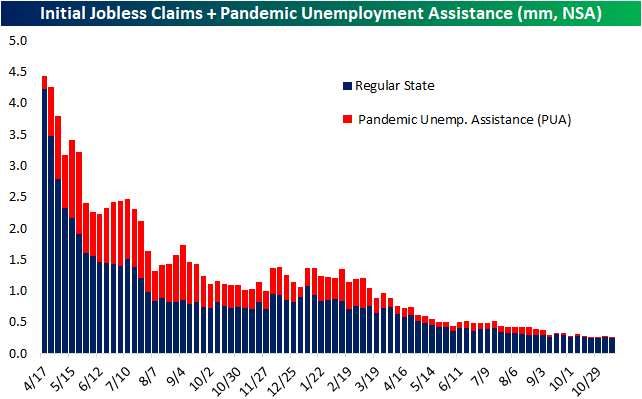 From a seasonal perspective, 2021—particularly this fall—has been an interesting year.  For starters, claims have more or less returned to historically normal levels even when factoring in auxiliary programs. Furthermore, from Labor Day through the end of the year has historically marked a period of the year that claims have had a tendency to rise, but this year the opposite has been the case. In the context of that bucked seasonal trend, the current week of the year (46th) actually has a seasonal tailwind with claims rising week over week only 16.67% of the time since 1967.  In other words, this week’s drop could be expected but the new low it resulted in is thanks to seasonally unusual declines in weeks leading up to now. 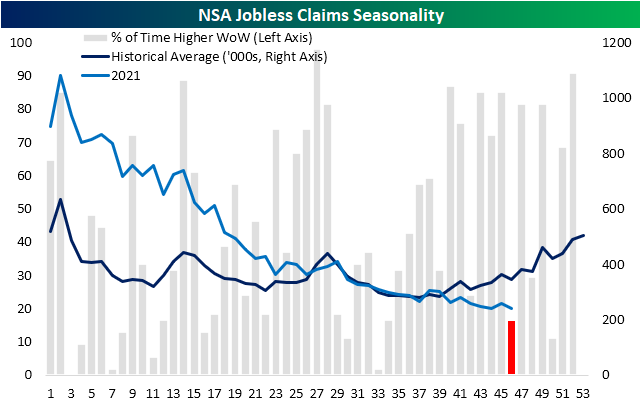 Lagged one week to initial claims, continuing claims were the better part of the claims release.  Continuing claims fell to 2.08 million versus expectations of a decline to 2.12 million from last week’s reading of 2.16 million.  As with initial claims, that resulted in the strongest level for claims since March of last year when the reading sat below 2 million. 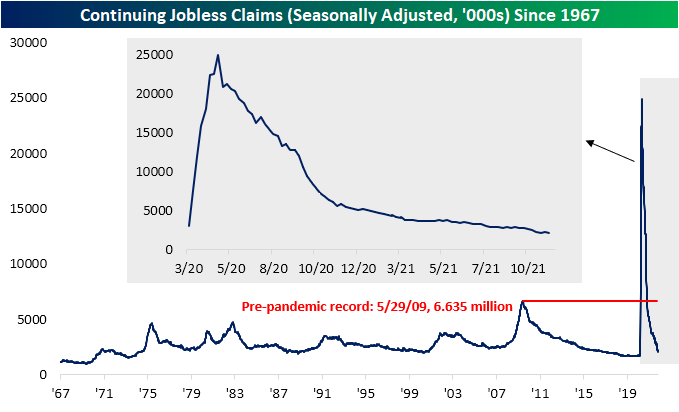 Using the non-seasonally adjusted data and including all other programs adds one more week of lag to the data making the most recent reading through the last week of October. The end of last month saw an uptick in claims across programs with the biggest contributor being PUA claims which rose by over half a million. At 791.1K, PUA claims were at the highest reading since the week of September 10th; right after pandemic programs expired. 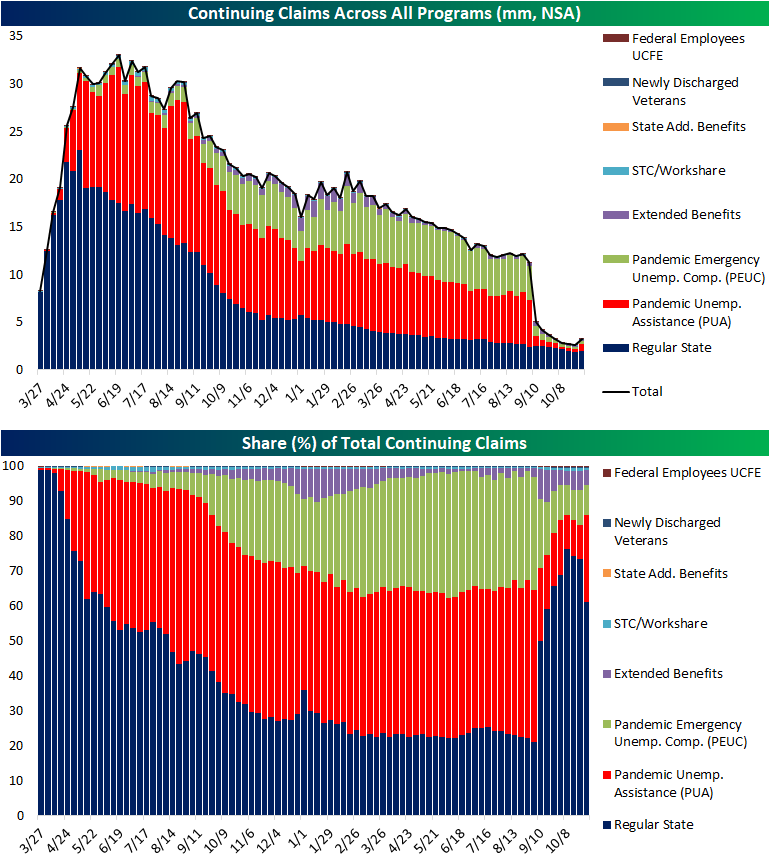 While an uptick in PUA claims sounds puzzling given the program is expired nationally, delving deeper into the data shows the US uptick is all thanks to one state: California.  As shown below, California has continuously made up for a large share of national PUA continuing claims since the start of the program. While the state has seen a substantial drop like the rest of the country this fall, this week’s rise leads California’s claims counts from this program to be a multiple larger than the 52 other states and territories combined.  Click here to view Bespoke’s premium membership options. 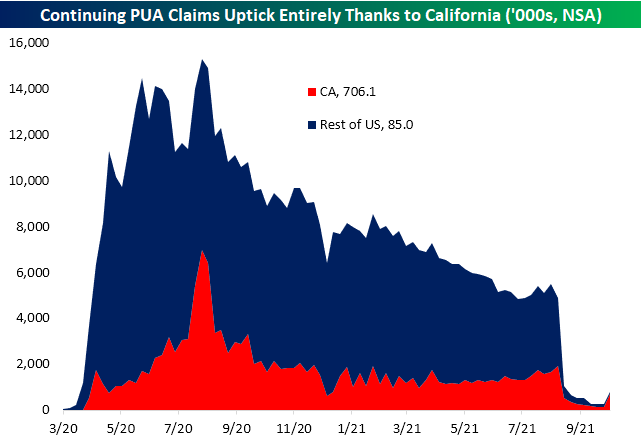