One of the few economic data points released today was weekly mortgage applications from the Mortgage Bankers Association (MBA), and the data was positive.  Seasonally adjusted purchases rose 2.7% week over week to the highest level since the last week of November of 2008.  That eclipses the previous high of the cycle from late November of last year. 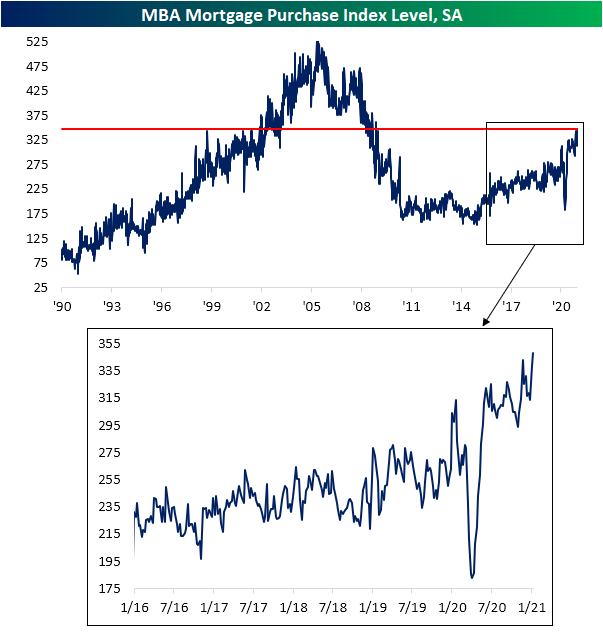 On an unadjusted basis, the average level of mortgage purchase applications is off to its strongest start to a year (through the first three weeks) since 2008.  As shown in the second chart below, the seasonal bottom for purchase applications typically occurs at end of each year. With that now in the rearview, purchases have been following the seasonal trend higher. This increase typically lasts throughout the rest of winter and peaks in the spring (usually in late April/early May as indicated by the blue dots). So far in 2021, purchase applications are not only following that seasonal pattern but are also running at a stronger pace than other years of the past decade. 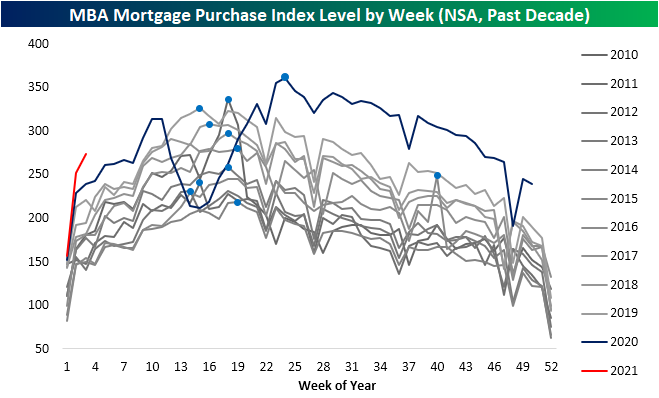 While purchase applications were stronger, refinance activity took a step back in the most recent week.  The Refinance index dropped 4.72% week over week. Although that is lower, outside of last week it is still at some of the highest levels since last March’s spike higher.  That is also around levels not seen since the spring of 2013. 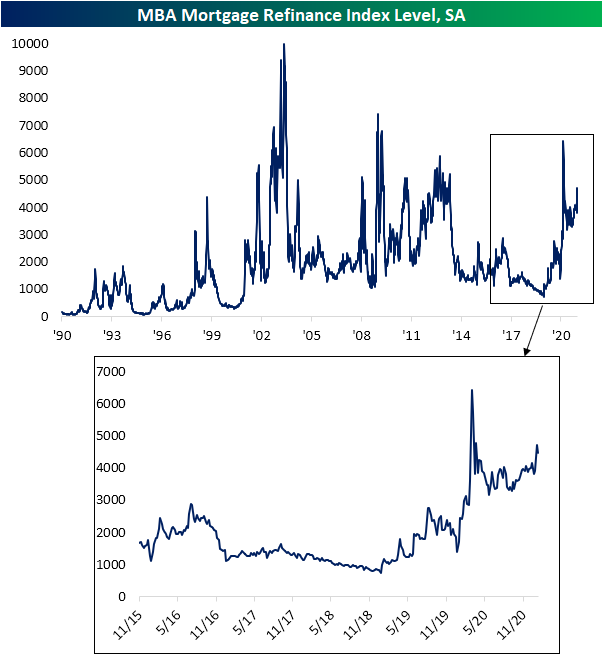 In terms of related stocks’ reaction to this data, initially this morning, that stronger reading in mortgage purchases led mortgage REITS as proxied by the iShares Mortgage Real Estate ETF (REM) to nearly break out from the past couple of month’s range. but the rally was stopped in its tracks by the release of the weaker than expected homebuilder sentiment reading from the NAHB. Meanwhile, perhaps a bit ironically, the S&P Homebuilders (XHB) have continued to rally, rising 2.37% to a new 52-week high.Click here to view Bespoke’s premium membership options for our best research available. 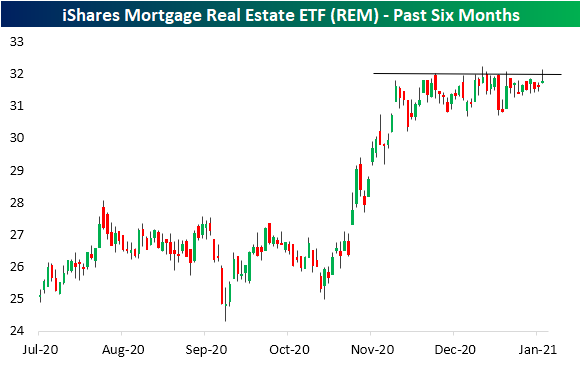 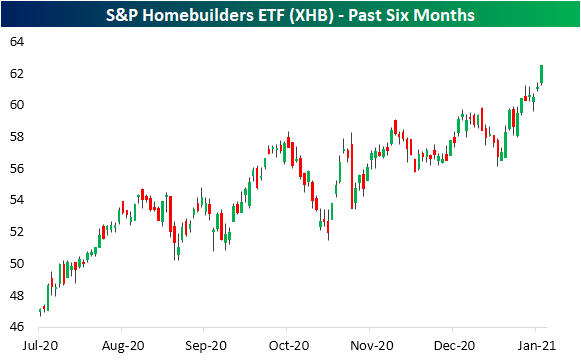