Chinese equities (on a USD adjusted basis) have been pressing to new multi-year highs recently.  As shown in the first chart below, the CSI 300 has reached its highest level in over five years this week.  And in terms of market cap, the Chinese stock market is at its highest level ever according to Bloomberg data. 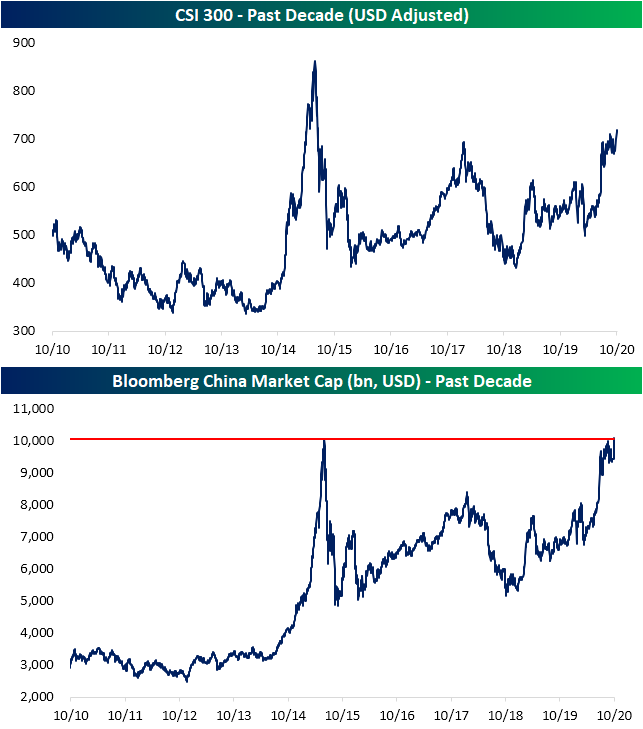 China’s $10+ trillion stock market cap makes it the second-largest global stock market behind the US.  As a percentage of total world market cap, Chinese equities now account for 10.86% compared to 41.85% for the US.  China is the only country other than the US that can boast a double-digit share of the world market cap.  Both countries have gained over two percentage points of market share year to date and China has gained 2.12% since the S&P 500’s pre-pandemic high back in February.  Since the bear market low in the US in March, the US has regained the most share of any country, but there are other notable gainers like Germany, Canada, India, South Korea, Australia, and Sweden. 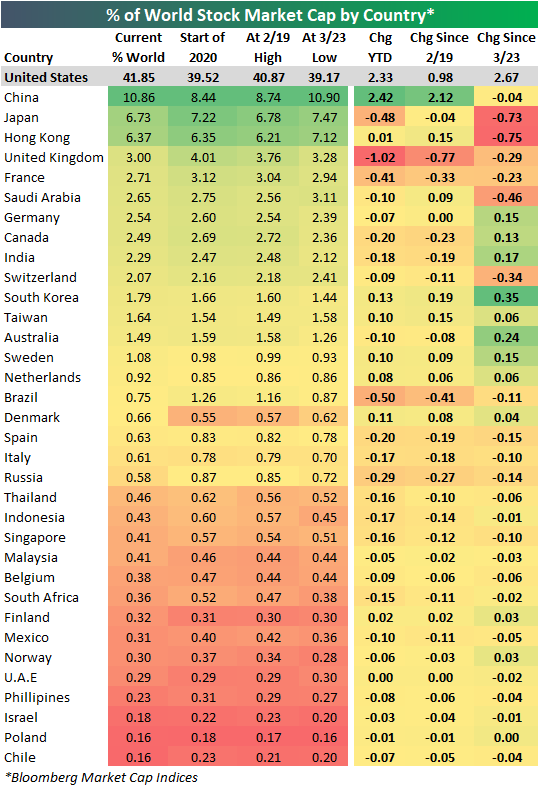 While Chinese market cap has surpassed its 2015 highs, as a percentage of total global market cap, it still needs to rise another 2.89 percentage points before it is at a new high.  As shown below, the 10.86% share of market cap for Chinese equities today is even off the high of 11.37% from July.  Meanwhile, the US continues to make up a bigger and bigger slice of the pie and is basically in its most dominant position of the last 10+ years.  Start a two-week free trial to Bespoke Institutional to access Bespoke’s interactive research dashboard and investor tools. 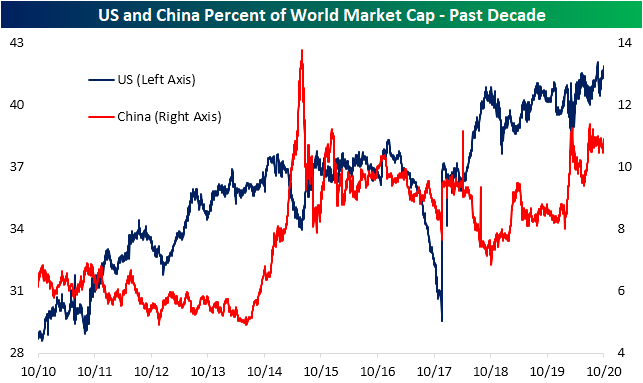