As we noted in today’s Morning Lineup, the S&P 500 has been pulling back over the past week but it has not been a particularly sharp pullback as the index remains within 1% of its all-time high. Bullish sentiment on the other hand has seen a more significant turn lower. The percentage of respondents reporting as bullish to the AAII survey this week fell 4.5 percentage points versus last week.  At 38.9%, bullish sentiment is about in line with its historical average of 38%. 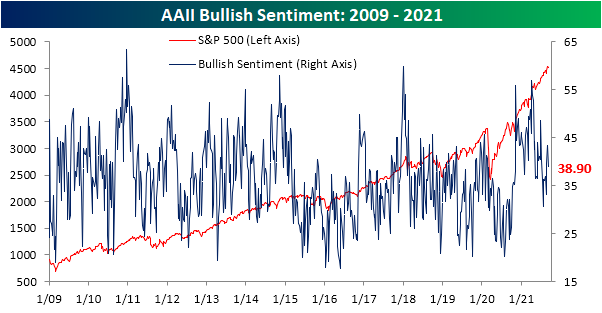 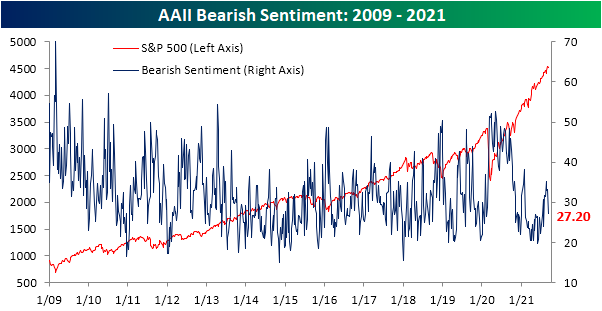 Given those moves in bullish and bearish sentiment, the bull-bear spread was actually higher this week. The spread rose to 11.7 which is just below the recent high of 12.1 from the final week of July. 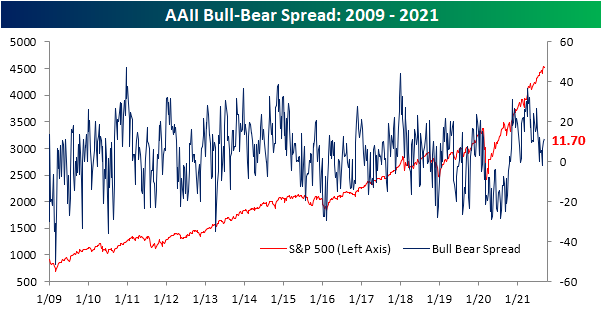 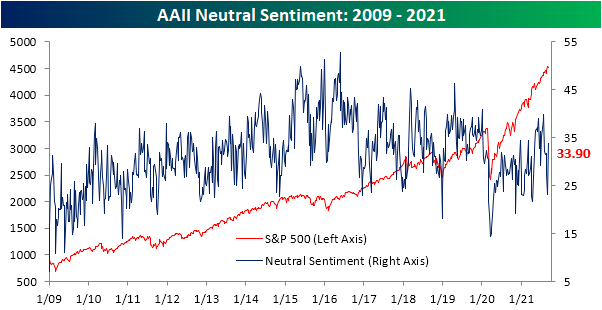 Throughout the history of the AAII survey, it has been rare for neutral sentiment to rise double digits in only one week. Since the survey began in 1987, there have been 85 other times that neutral sentiment has seen such a move. Looking across those instances, the S&P 500 has averaged a move higher over the following months, but returns are typically worse than the norm.  Click here to view Bespoke’s premium membership options. 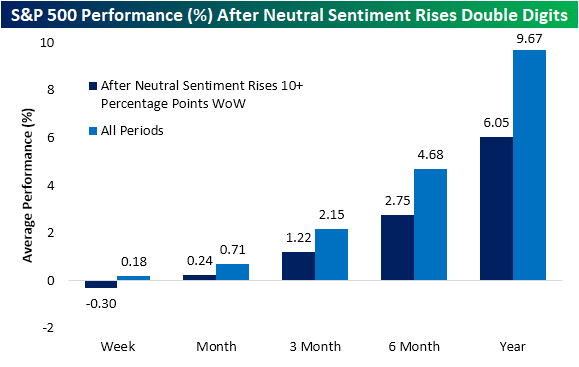