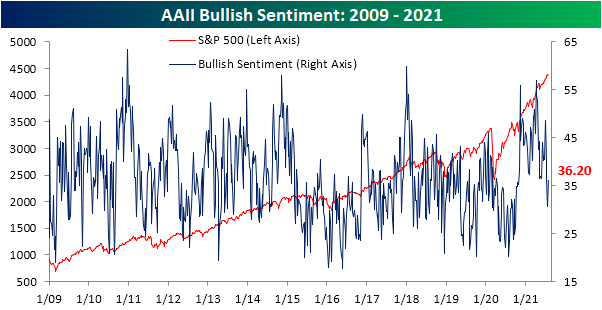 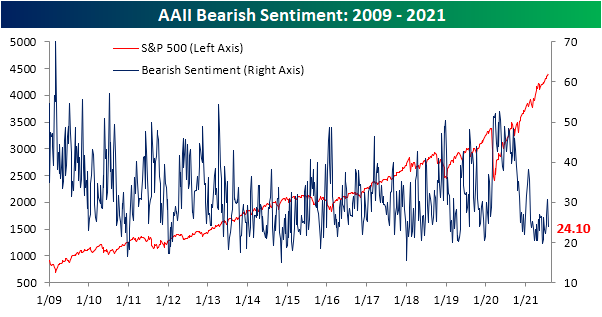 The inverse moves in bullish and bearish sentiment resulted in the bull-bear spread to rise 12.1 points.  While off the lows, it is still not as strong of a reading as has been seen for most of this year. In fact, the current reading is 5.5 points below the average since the start of the year. 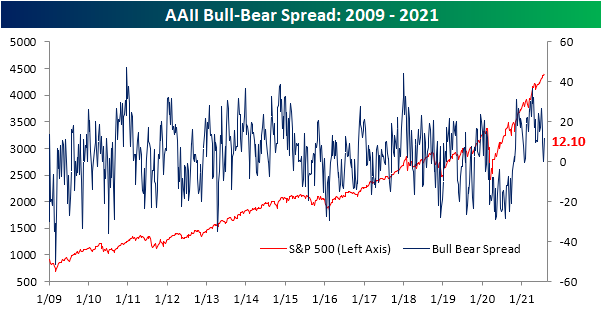 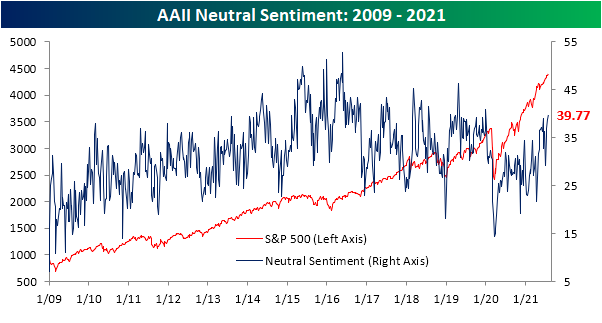