In Tuesday’s Pros and Cons report, we cautioned that we enter 2020 with investor sentiment—using the AAII survey as a gauge—having gotten somewhat extended.  Bullish sentiment recently moved back above 40% which were some of the strongest readings of the past couple of years.  This week there was a bit of mean reversion as bullish sentiment fell to 37.2%.  While that is the biggest one week decline in bullish sentiment since November, the percentage of investors reporting as optimistic is now only back to where things stood in the first half of December. 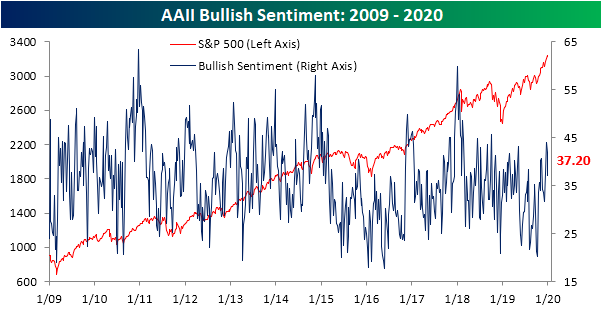 While bullish sentiment fell rather sharply, the difference did not shift towards outright bearishness.  Bearish sentiment rose to 21.9%; just a 0.3 percentage point increase from last week. In fact, that was the smallest absolute weekly change in bearish sentiment since October, leaving it at the lower end of its range over the past several years.  In other words, while some declines in the past week dampened investor confidence, it was not by much as there still is much more outright bullishness than bearishness. 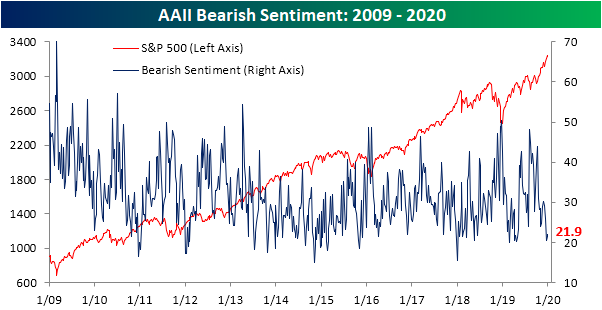 Neutral sentiment, rather than bearish, took from those losses in bulls this week. Rising 4.33 percentage points, neutral sentiment is now at 40.9%.  That is the highest reading since April 25th when it reached 46.31%. 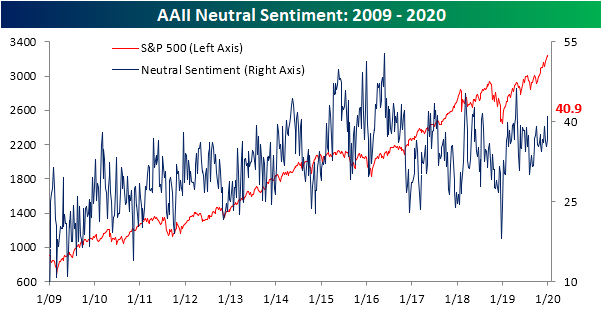 Back in April, as is the case now, was also the last time that neutral sentiment rose to over 1 standard deviation above its historical average.  This week marks just the 80th week in the history of the survey that neutral sentiment has gotten extended in such a way while bullish and bearish sentiment remains within a standard deviation of their historical averages. As shown in the charts below, although this may suggest indecisiveness amongst investors, after some underperformance the S&P 500 tends to outperform other periods on average six months to one year out and returns are consistently positive. Start a two-week free trial to Bespoke Institutional to access our quarterly Equity Market Pros and Cons report, economic calendar, and more. 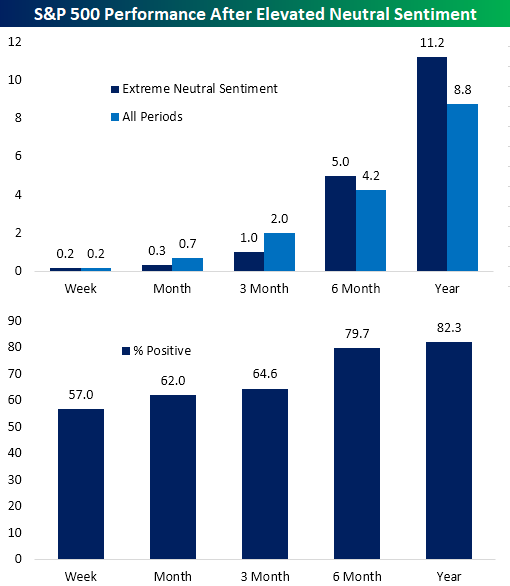