The S&P 500 has found some support in the past week but sentiment readings from AAII have not shown a major shift toward bullish sentiment.  The percentage of respondents reporting as bullish this week fell for the second week in a row to 25.5%.  That is still above the low of 22.4% from the week of 9/15. 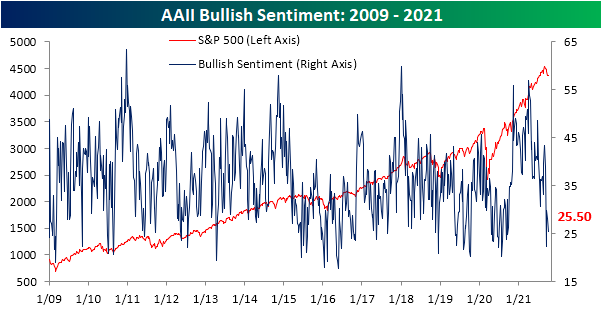 Not only did bullish sentiment fall but so too did bearish sentiment.  Whereas over 40% of respondents reported as bears last week, this week, the reading fell to 36.8%.  That remains elevated relative to the past year, but it also marks the lowest level of bearish sentiment since September 9th. 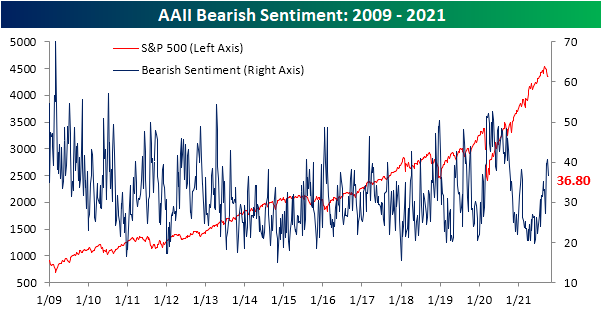 That means neutral sentiment saw a notable jump to 37.7% this week borrowing from the losses to the bullish and bearish camps.  Since the start of the pandemic, this week’s reading ranks as the fifth-highest and is 6.3 percentage points above the historical average. That makes for the first time since the end of July that neutral sentiment was the predominant sentiment reading. 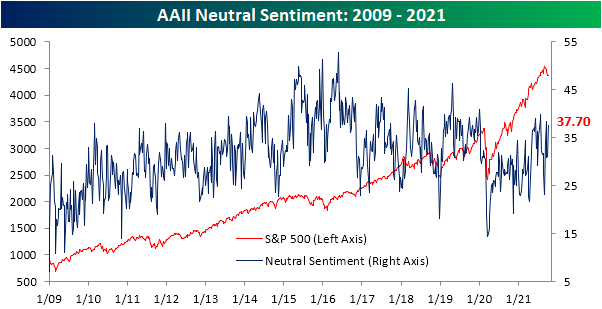 Apart from the AAII survey, the National Association of Active Investment Managers’ (NAAIM) Exposure Index also showed a reversal in pessimism this week.  The index measures managers’ exposure to US equities. Readings of positive/negative 200 would indicate reporting managers are levered long/short, positive/negative 100 is fully long/short, and zero would be market neutral.  Last week, this index hit a low of 55 which was the weakest reading since the spring. This week, we saw a modest bounce to 68.6. While improved, that is still below the spring and summer’s range.  Click here to view Bespoke’s premium membership options. 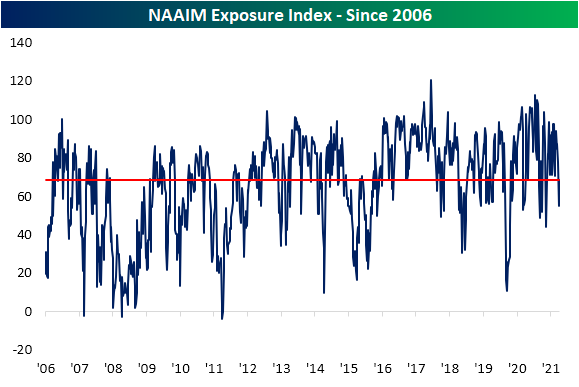