The past week has seen the S&P 500 regain some of its losses as yesterday’s close ran right up to the high from one week prior.  In spite of that rally, sentiment has shifted lower with the percentage of respondents to the weekly AAII sentiment survey reporting as bullish falling back below 25% this week after two weeks of higher bullish sentiment readings. 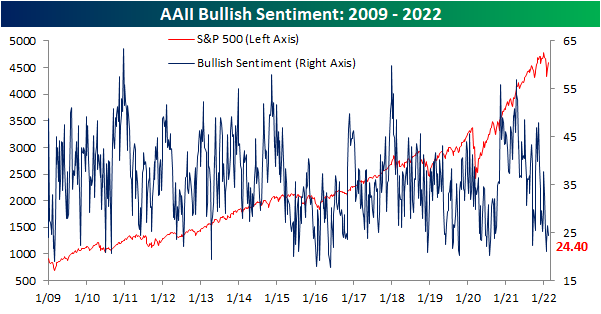 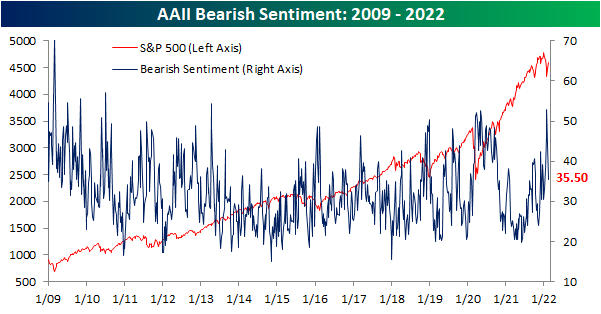 As a result of the moves in bullish and bearish sentiment, overall tones among individual investors remain pessimistic albeit less so than the past couple of weeks. 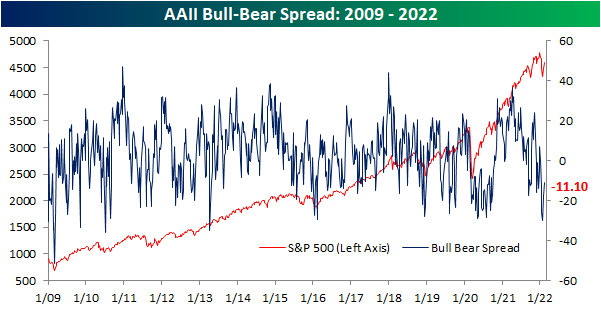 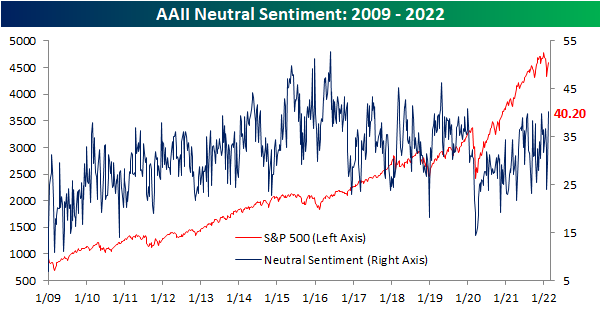 Crossing above 40%, neutral sentiment is reaching the upper end of its historical distribution of readings. In the past when a similar percentage of respondents have reported that they expect the S&P 500 to be flat in the next six months, the S&P 500 has actually tended to consistently perform positively with longer-term outperformance relative to the norm.  Click here to view Bespoke’s premium membership options.