Neutral Sentiment Back on the Rise

The S&P 500 has been edging its way higher back towards all time highs in the past week, and in spite of that move, sentiment has continued to moderate.  The AAII weekly reading on bullish sentiment fell for a second week in a row coming in at 43.43%.  That is the lowest level of bullish sentiment since the first week of November, though, that is also still elevated relative to where sentiment has frequently been over the past several years. 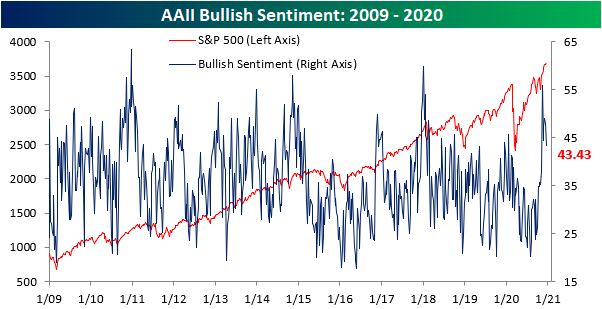 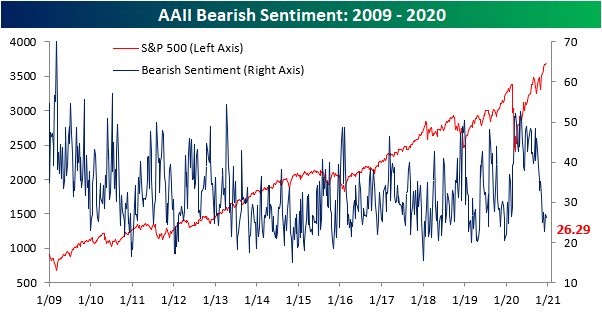 Given both bearish and bullish sentiment fell, neutral sentiment picked up the difference.  Over 30% of respondents reported as neutral this week which was the most since the first week of November.  While that is not a high reading relative to where neutral sentiment has normally come in over the past few years, it is at the upper end of the lower range since the pandemic began. 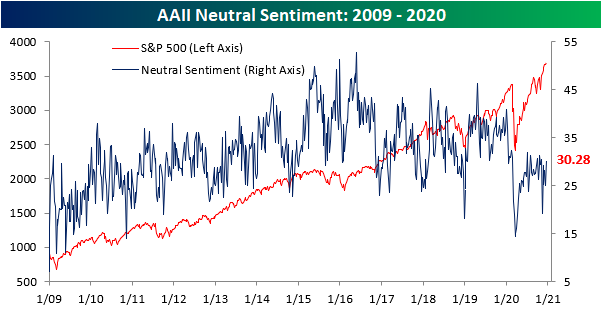 Even though neutral sentiment picked up, bulls continue to heavily outweigh bears.  Given this, the bull-bear spread remains elevated. This week it fell down to 17.14% from 21.2%. That is the lowest level of the spread since the first week of November and is the seventh week in a row that more respondents reported as bullish than bearish. That is the longest streak of consecutive positive readings in the bull bear spread since one lasting 15 weeks ended in late January of this year.  Click here to view Bespoke’s premium membership options for our best research available. 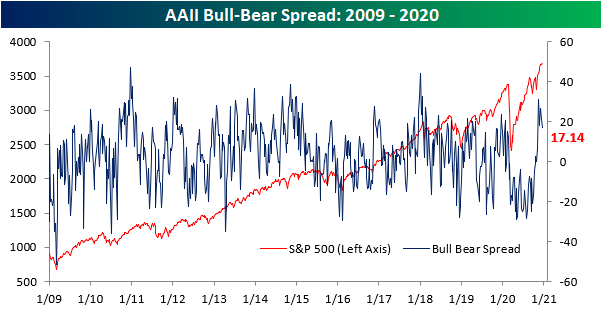