The charts of the FAANG stocks have left something to be desired over the past several months.  Streaming giant Netflix (NFLX) is a prime example. The stock managed to recover nearly all of its late 2018 losses in the first half of 2019, but it gave up the ghost in the wake of July’s earnings report when the company missed subscriber estimates. NFLX has remained in a downtrend in the months since with a recent lower low around support near last November’s lows. Granted, this recent low was still 8.9% above the 52-week low from Christmas Eve of last year.  Now at the top of this downtrend, NFLX reports earnings once again tonight after the close and given its historical volatility around earnings, the stock has an opportunity to either break out or break down. 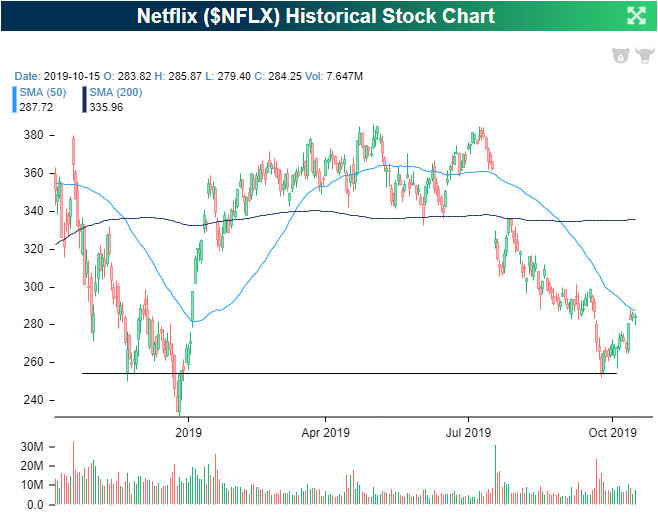 Although the 10.27% one-day decline in response to the last quarter’s report that preceded NFLX’s recent downtrend may sound bad, the move was basically par for the course. Netflix is one of the most volatile stocks on earnings with shares averaging an absolute move the day after earnings of 12.78% across all quarters since 2002. So last quarter’s decline was actually smaller than the average! As shown in the table from our Earnings Explorer tool below, that was the worst full-day decline in reaction to earnings since Q2 2016, but there was actually a larger gap down at the open just one year prior in July of 2018; although most of that decline was regained intraday. Headed into tomorrow, it should come as no surprise to investors if the stock swings wildly regardless of what the results of the quarter are. EPS is estimated to come in at $1.05 and sales are expected to grow to $5,247.5 million. 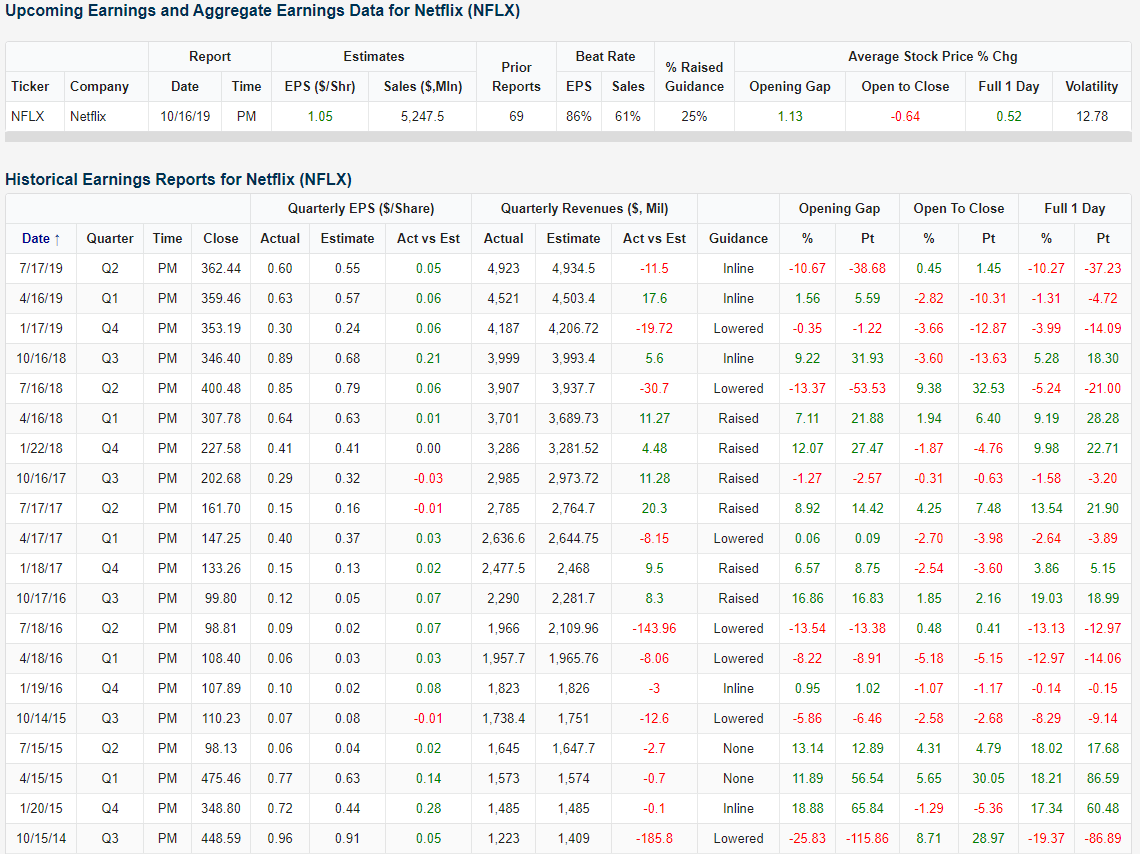 Looking at the historical trends of NFLX’s beat rates, last quarter’s revenue miss could have been expected.  NFLX has only exceeded Q2 revenue estimates 33% of the time.  The other three quarters have much stronger beat rates. As for today, the third quarter’s revenue beat rate is the second strongest at 70.59%, only behind the first quarter’s 76.47% beat rate. When Netflix has beaten revenue estimates in the third quarter, it has averaged a one-day share price gain of 2.74% with the stock positive two-thirds of the time. On the other hand, when there is a revenue miss in the third quarter, the stock has always declined, averaging -12.3%.

With regards to EPS beat rates, Netflix most consistently exceeds expectations in the fourth quarter having done so 94.12% of the time.  Other quarters are a bit weaker in the low-80% range. For the third quarter, as with the first quarter, NFLX has beaten EPS 82.35% of the time. 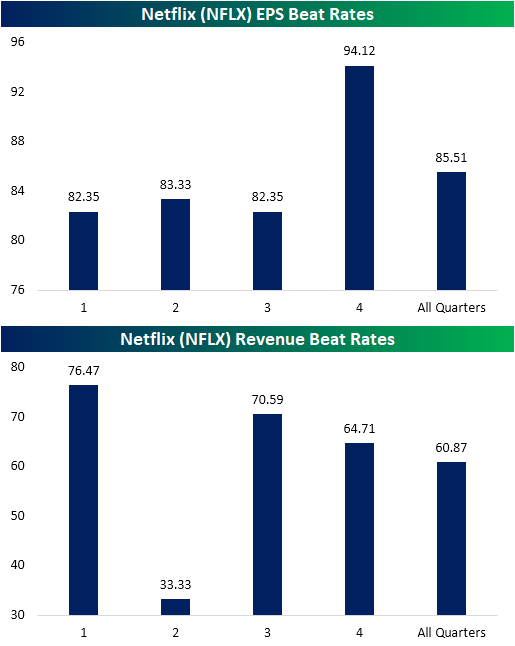 Looking at the average stock price reaction to earnings, last quarter’s decline again could have been expected as the second quarter has averaged the largest gap down, decline from open to close, and full-day decline of any quarter. Third-quarter results have only been slightly better as NFLX averages a gap down of 2.8% and a full day decline of 1.17%. One silver lining, though, is that the third quarter is the only quarter that has seen the stock rise on average (1.4%) from the open to the close after its initial opening gap. Meanwhile, the fourth quarter has typically seen the strongest overall performance with an average gap up of 12.4% and full-day gain of 11.2%. Start a two-week free trial to Bespoke Institutional to access our interactive Earnings Explorer and much more. 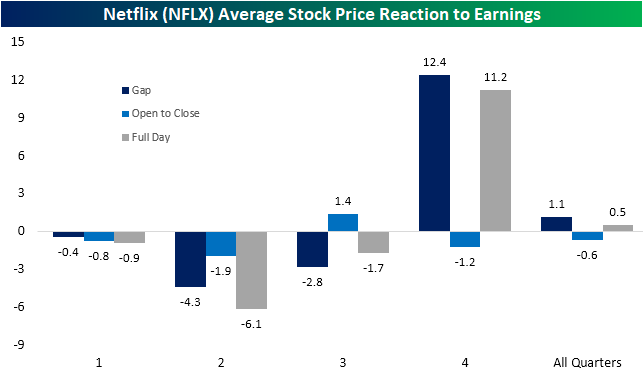