Netflix (NFLX) Back to Outperforming

In an earlier post, we highlighted Netflix (NFLX) as one of the stocks benefiting from the COVID-19 economy. Yesterday, it managed to reach a new 52 week high and today was up nearly 5% at the intraday high. That brings the stock to a new all time high, surpassing the previous record closing high from July 9th, 2018. That is while the broader market, the S&P 500, is down well over 2% on the day.  That type of outperformance has not necessarily been the norm over the past two years.  As shown in the second chart below, while NFLX tended to outperform the rest of the market (a rising line indicates NFLX outperforming the S&P 500 and vice versa) in the first half of the past five years, after its July 2018 peak, that outperformance began to subside. 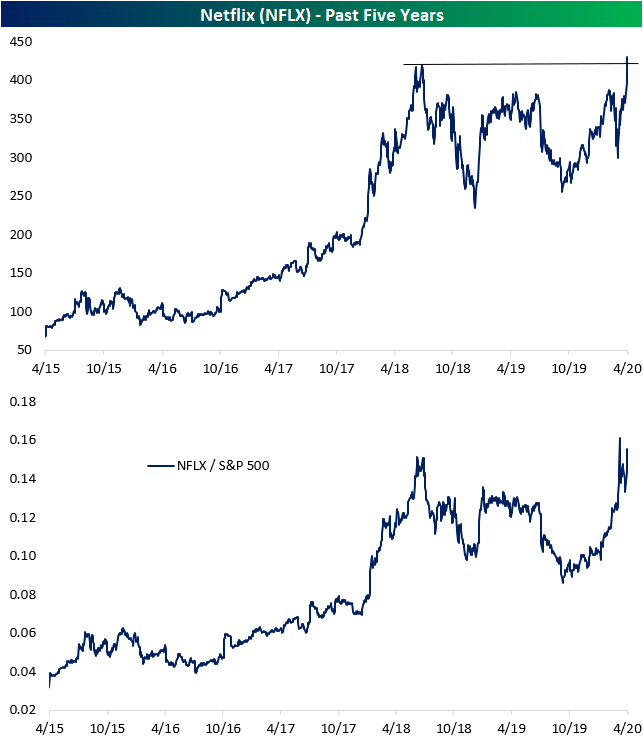 Another way of showing this is performance over the last two years.  At the time of the S&P 500’s high on 2/19, the performance of NFLX and the S&P 500 since mid April of 2018 were basically dead even at 25.5% and 26.5% respectively. After both saw those gains erased, NFLX’s recent surge leaves it up nearly 40% over the past two years while the S&P 500 is only up 3.5%.  Start a two-week free trial to Bespoke Institutional to access our full range of research and interactive tools. 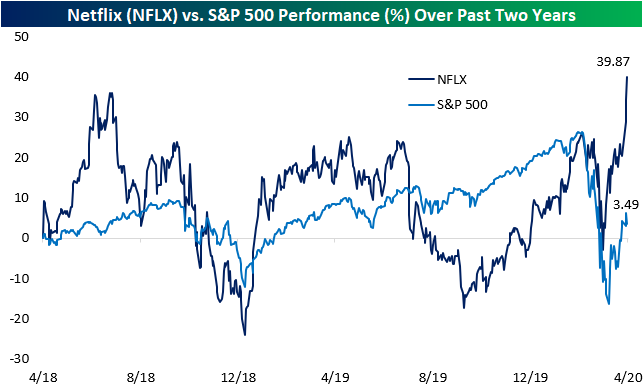