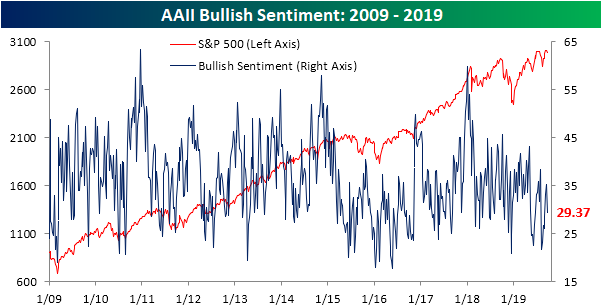 As bullish sentiment fell, bearish sentiment is on the rise. The percentage of bearish investors rose 5.4 percentage points to 33.26% this week. After moving back below its historical average for the first time in six weeks last week, it is now above average, though not to any extreme degree. 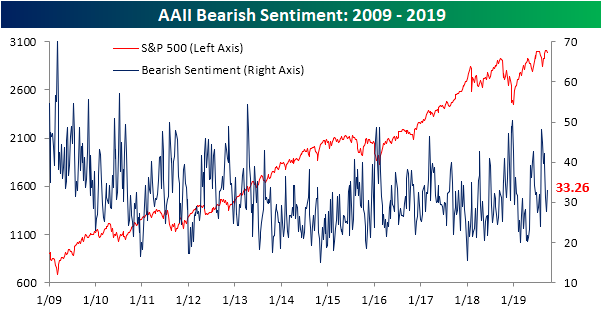 While it did not rise as much as bearish sentiment, neutral sentiment also ticked higher this week by about half of one percent. Now at 37.37%, neutral sentiment has rebounded off its early August low and is the most elevated it has been since the first week of August when it was only 0.13 percentage points higher.  The change in neutral sentiment over the past several weeks has now brought it back within the range that it has occupied most of this year. This week was also the third week in a row that neutral sentiment took the predominant share of sentiment.  Start a two-week free trial to Bespoke Institutional to access our interactive economic indicators monitor and much more. 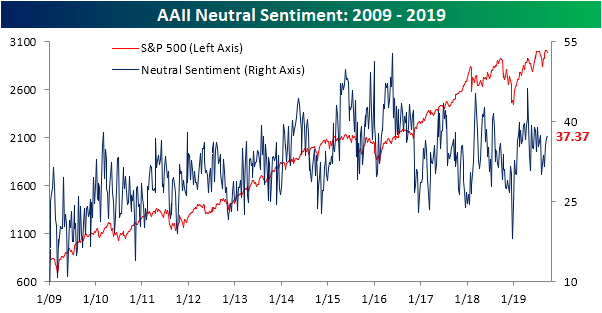