Near Record Highs Brings Some Bulls Back 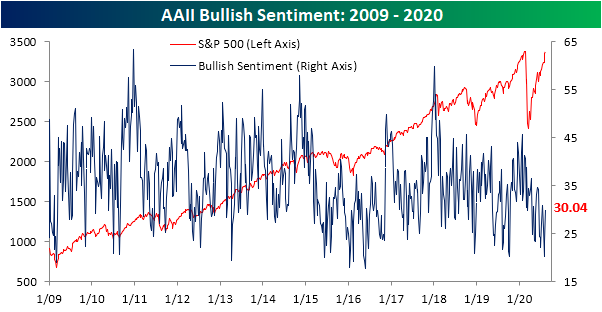 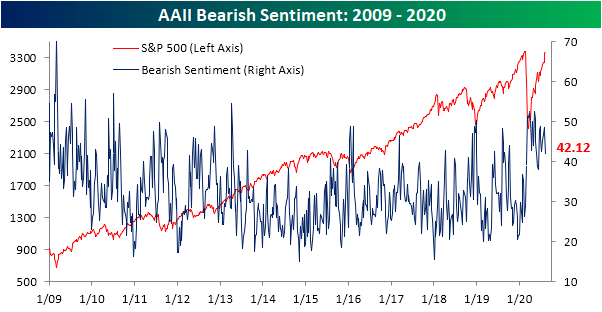 Those moves in bullish and bearish sentiments led the bull-bear spread to be cut in half, rising from -24.31 to -12.08.  That is the most the spread has climbed in a single week since February when it rose from -1.35 to 14.93.  Despite that large move, the spread still favors bears as the record streak of negative readings lives on. The bull-bear spread is now at its highest reading since June 11th. 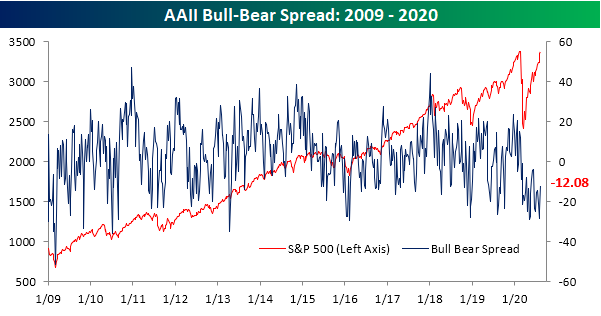 Meanwhile, neutral sentiment was slightly lower, dropping 1.27 percentage points to 27.84%.   That only leaves it at its lowest level since July 23rd. Start a two-week free trial to Bespoke Institutional to access our interactive economic indicators monitor and much more. 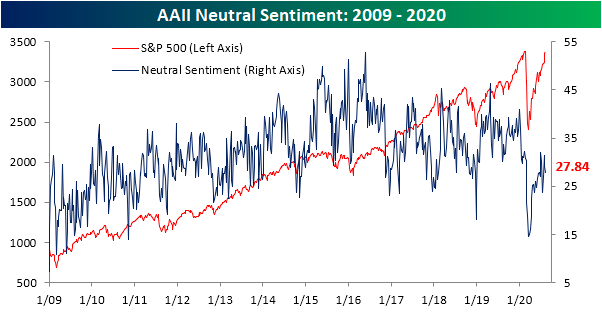