As we first highlighted yesterday, and the trend is continuing again today, the growth trade is underperforming.  The ARK Innovation ETF (ARKK) and other ETFs in the ARK universe have been proxies of hyper-growth/futuristic trends, and as such, it too has fallen victim to underperformance this week.  As shown below, the ETF peaked on November 1st and has since fallen 16.7% through today with losses accelerating this week.  Today alone, ARKK is down 3.85% which has brought it below support at the March and October lows. While it has set a new low, it would still need to fall another 7.3 percentage points until it reaches the next intraday low set back in mid-May. 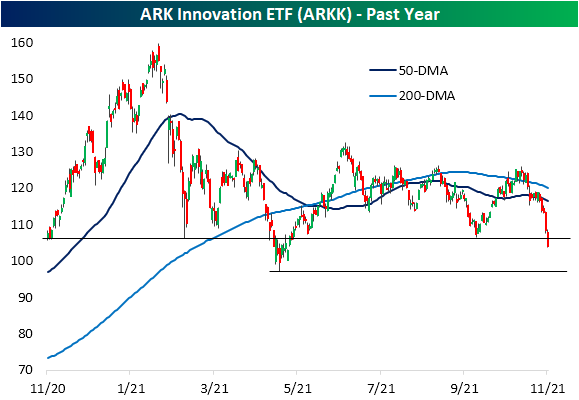 On a relative basis, the declines are even starker.  The ratio of ARKK to the S&P 500 (SPY) has been on the decline all year with a particularly sharp collapse this month which has left it at the lowest level since June of last year.  As mentioned above, ARKK peaked right at the start of the month. That means the ratio of ARKK vs SPY also peaked on that day. Month to date, the ratio has now fallen 17.27% which puts it on pace for the greatest degree of underperformance to the S&P 500 since this past March.  The only other month in the ETF’s history with a steeper MTD drop in the ratio at any point of a month was March of last year during the COVID Crash. Click here to view Bespoke’s premium membership options. 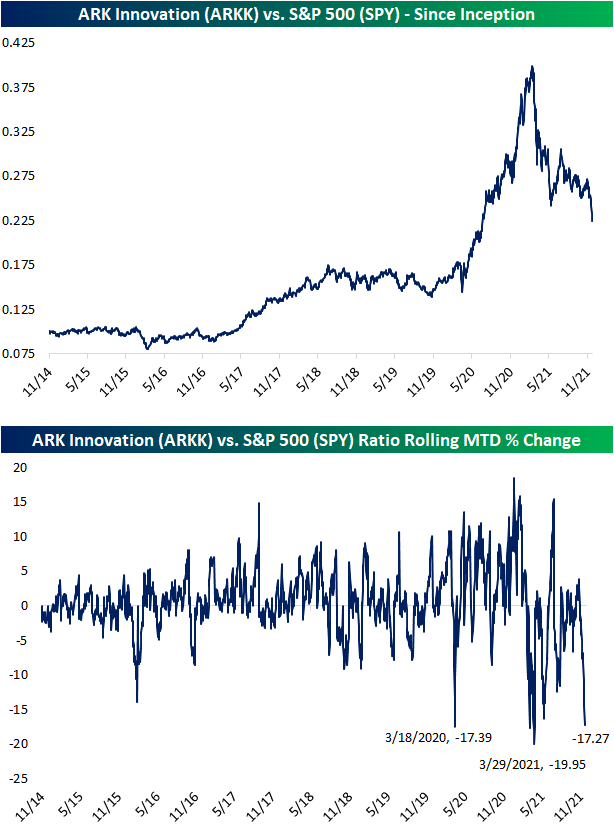